Insights on finding your life purpose by Roz Savage 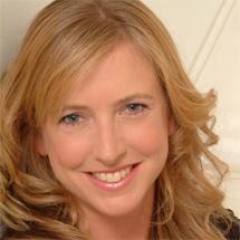 The remarkable Roz Savage holds four world records for ocean rowing, including first woman to row solo across the Atlantic, Pacific and Indian Oceans. She explains here how it all began:

I had taken advantage of a friend’s offer to stay in her family’s cottage in a hamlet outside Sligo on the west coast of Ireland. It was February 2004 when I arrived at the small, pebble-dashed cottage, and the day was cold and blustery. A wrought-iron gate bisected a low, whitewashed front wall. Three or four shrubs, wintry and leafless, dotted the lawn of the front garden. A narrow concrete path ran straight from the gate to the grey front door. Two small, square windows at the front of the house peered out like eyes from beneath the overhanging eaves of the tiled roof.

I stepped through the front door and into a time warp, straight back to the 1950s. The furniture in the living room was simple—a dining table with a patterned plastic tablecloth, four dining chairs, a long low sofa, three uncomfortable-looking chairs with wooden arms, and a sideboard with sliding frosted-glass doors, behind which I could see the hazy outlines of stacks of plates and bowls. An electric eternal flame flickered under the sacred heart decoration on the high mantelpiece above the stove. The decor was basic and unpretentious. It was perfect for my purposes.

I was there for a self-imposed retreat. I intended to pay penance for the excesses of the Christmas season by eating simply and abstaining from alcohol and caffeine. My rucksack, presently sitting in the small hallway beneath the coat pegs, was half full of books, mostly lent to me by friends, on philosophy, spirituality, and religion. I planned to meditate, enjoy long walks, and take time to be with myself and see what ideas might emerge. Over the course of the coming month I did indeed lose weight, regain my fitness, improve my focus during meditation, and read prodigiously.

As it turned out, the fairly random selection of books in my rucksack would combine to change my life. Amongst them was Ishmael, by Daniel Quinn, which uses the literary device of a telepathic gorilla to describe humanity’s behavior from the perspective of an intelligent but nonhuman onlooker. It questions the wisdom of our shortsighted determination to eradicate our natural competitors for food, to the detriment of the planet and, ultimately, of ourselves.

I went on to read Conversations with God, by Neale Donald Walsch, which gave me permission to put behind me the modest, self-effacing spirituality of my parents and dare to be, as he put it, “the grandest version of the greatest vision you ever had of yourself,” not as an act of selfishness, but as a duty and an obligation to contribute to the collective evolution of humankind.

It was into the fertile ground prepared by these books that the seed of The Hopi Survival Kit was sown. It described the prophecies of the Hopi tribe and their belief that these are now coming true. The predictions consist of a sequence of signs that the end of a civilization is approaching, and a new era is coming. The first sign is a “gourd of ashes” falling from the sky. The Hopi interpreted this occurring when the atom bomb fell on Hiroshima. Since then, they have regularly sent a delegation to the United Nations to issue an urgent call to action.

According to their philosophy, we have to look after the Earth if we want it to look after us. If we lose touch with our spirituality and forget that we are dependent on the planet for our survival, things are not going to go well.

When I read this, it hit me between the eyes with all the force of a fundamental truth. On a finite Earth, it stood to reason that we can’t continue to pull out all the good stuff—oil, coal, and minerals—and turn it into junk that we then throw into landfills. One day we would surely run out, of both the good stuff and the places to dump the debris when we’ve finished. This pattern of behavior was clearly not sustainable.

Now that I was seeing the world holistically for the first time, I was horrified by how oblivious I had been. I’d never even considered these questions before, so preoccupied had I been with the pursuit of possessions. I’d never stopped to think about my home in the broader sense—the planet on which we live and the other inhabitants with whom we have to share it. What terrible damage had I already inflicted in my thoughtlessness, heedless of the consequences of my self-centered actions?
Not only had I been ignorant, but most of my peers also seemed to be completely unaware of our headlong rush towards self-destruction. I felt a powerful need to bring this to people’s attention as a matter of the utmost urgency. With every passing year we were trashing the Earth still further.

I’d been looking for a life purpose, and I had found it. I was full of bumptious enthusiasm, overflowing with the zeal of the convert, and eager to do all I could to save the world. I had become a woman with a mission—but why would anybody listen to me? I was just a recovering management consultant. I needed a platform, a pulpit from which I could proclaim my message.

About four months later, the idea to row across oceans hit me in a blinding flash of inspiration, and I knew that I had found the perfect métier for my message. It would be unusual enough to catch people’s eye and to provide fodder for public presentations, media interviews, films, and books, allowing me to spread the awareness. My voyages themselves would be environmentally low-impact, the boat powered only by my body, the electronics by solar panels.

It was an outrageously audacious plan, my relevant experience consisting of several years rowing on the River Thames, usually in a crew of eight. But when I started to wonder, What if I’m actually going to do this? and began to compile a grand to-do list of all the things I would need to read, learn, finance, buy, and otherwise do to prepare for an ocean row, it started to seem frighteningly achievable. I had broken the list down into such small steps that there was nothing on it that was too far outside my existing abilities. It felt as if everything that had happened so far in my life had been leading me to this point, preparing me for this task, and that I was uniquely equipped to pursue this quest. It was a perfect collision of personality, past experience, purpose, and timing.

So, with little going for me other than unstoppable eagerness, a sense of total commitment, and a stubborn refusal to give up on what felt like a divinely ordained scheme, I cast myself upon the waters of the world’s oceans.

Roz Savage is an ocean rower, environmental campaigner, author and speaker. She holds four world records for ocean rowing, including first woman to row solo across the Atlantic, Pacific and Indian Oceans. She has rowed over 15,000 miles, taken aro Continue reading