Do Men Look Better In Gray?

Do Men Look Better In Gray?

The new meaning of beauty and age. 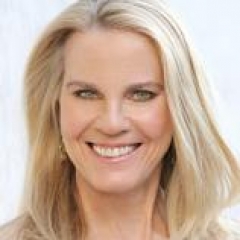 Let’s face it: men have it easier. They can become doting dads at 70 and grow beards to cover their sagging skin. Clearly—and perhaps unfairly—the self-esteem of boys is tied more to what they do and how they perform than how they look. One study on self-esteem showed that individuals who look in mirrors more often than those who do not report a higher tendency for self-criticism.1  Guess which category women fall into? Apparently, reflections are used less for self-praise than self-criticism. Not only do men grow up feeling less preoccupied and pressured to maintain their youthful appearance but they look better in gray. But enough about them!

Wouldn’t it be easier if our society tolerated female maturation the way some other cultures do? Chinese women are not only admired but also desired for their increased wisdom; the French for their ongoing sex appeal; the Swedes for their natural beauty. Tibetan women say they feel that their beauty only increases with the passage of time, from the day they are born until the day they die. The French revere Catherine Deneuve and Jeanne Moreau, the Brits admire Helen Mirren. Oh sure, we applaud Diane Keaton and Susan Sarandon and the courage of their crow’s-feet, but even they feel the effects of our culture. Recently Sarandon spoke about being an aging actress, “You’re constantly reminded that you’ve been replaced in the kingdom . . . I’m discovering that I’m vainer than I thought.” In America, women are barraged with messages to defy, deny, and buy, persuasive words written on pharmaceutical products and spoken by airbrushed models.

We know. We were those models. When we were in our 20s we were cast in television ads, portraying midlife wives and moms promising youth formulas aimed for women in their 40s and 50s. Don’t these manufacturers know that illusions of agelessness ultimately lead the average woman toward feeling even less beautiful as she reaches for the unreachable?

The fear of aging and the fear of becoming unattractive are inextricably linked and embedded in the minds of most women. And belief in this equation is rapidly increasing, especially in American culture.

Let’s face it: every day, many of us participate in perpetuating this state of affairs, seeking solutions in a corporeal calculus that doesn’t add up. We owe it to ourselves, and the generations of women that follow, to expand and create new meanings to the words beauty and aging.

Perhaps it’s time for a healthy new dose of sisterhood.

Jill Muir-Sukenick, Ph.D., a psychoanalytic psychotherapist in New York City, is a former Ford model who also did television and film work. Muir-Sukenick, who received her Ph.D. from NYU, often treats models in her private practice. She has been a Continue reading