Do You Have a Power Leakage?

Do You Have a Power Leakage?

How to deal with poisonous emotions. 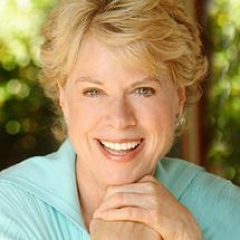 Toxicity can come in an emotional package as well as a physical one. A perfect example of this is a woman named Janice, whom I met at a glamorous spa. I was there for a few days giving presentations, and as I sat next to her at dinner, I intuitively noticed that she was on a number of medications.

It turns out that Janice was at the spa for a few days of reflection, a gift to herself for her 57th birthday. She’d been married for 20 years to a man who verbally abused her—he continually belittled her and often loudly criticized or judged her in front of their 18-year-old son. He also had complete control over her emotions and the family finances. It had gotten to the point where she felt so beaten down that her immune system had begun to overreact. She was now on several medications, including three antidepressants and pills for anxiety.

Janice felt that she was at a critical turning point in her life and was examining her choices and options, both to recover her physical strength and her mental well-being. As we talked over dinner, she told me that she thought a miracle had arrived at her table—and in a way, perhaps it had.

I immediately grabbed a piece of paper and started writing down some simple guidelines to strengthen her immune system and detoxify her body. One aspect of the game plan was to work on Janice’s liver: I explained that all the medications she was taking would have toxic effects on that organ, so I suggested some detoxification herbs, a lot of raw vegetables, and plenty of water. The real toxic examination, however, related to her relationship, which was taking her very essence away from her.

Why do people stay in a fire? The clothes they’re wearing are burning, but they stay in the flames, hoping that things will cool down and life will be peaceful. After 20 years with one cruel person, this was obviously not going to happen… it was time to move on.

Here was a beautiful, personable, and intelligent professional woman who could make her way in the world perfectly well, yet Janice was staying in a toxic relationship that was breaking her heart and her spirit. Valuable energy was draining out of her body because of it, and it was destroying her soul as well. Her will to live was damaged, and save for a level of core strength that she seemed to possess, she was teetering on the brink of giving up on life. At a time like this, with her body’s resources stretched thin, cancer could be an unwelcome guest.

Would this woman be ready to climb the mountain and claim her own life, or would she be content to circle the perimeter? I wholeheartedly prayed for the former.

Just like Janice, many men and women are mired in toxic relationships, which can age them as quickly as poisonous drugs and substances can. Such patterns go way back: For women, they could stem from a controlling, dominant father; while for men, they might point to a mother issue. As children, we were programmed to stay quiet—we weren’t supposed to rock the boat or make Mommy or Daddy mad, so we learned to suppress our emotions. Because we hold on to patterns, as we get older we invariably magnetize to ourselves a person who exactly mirrors what we believe on the inside.

Do you want to know where energy and power is leaking out of your body? Follow these Six Steps to find out:

I like to think of energy as little suitcases with feet, which run away from the body. A daily examination of your energy loss will help you to better control it.

Caroline Sutherland is an internationally recognized medical intuitive, lecturer, workshop leader, and author of numerous books and audio programs on health, personal development, and self-esteem. She is the founder of Sutherland Communications Inc., Continue reading