Discover the story of You. 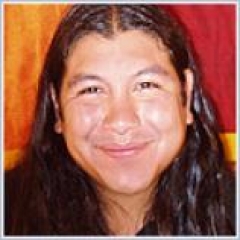 Let’s use the power of our imagination to create a dream together, knowing that it’s a dream. Imagine that you are in a gigantic mall where there are hundreds of movie theaters. You look around to see what’s playing, and you notice a movie that has your name. Amazing! You go inside the theater, and it’s empty except for one person. Very quietly, trying not to interrupt, you sit behind that person, who doesn’t even notice you; all that person’s attention is on the movie.

You look at the screen, and what a big surprise! You recognize every character in the movie—your mother, your father, your brothers and sisters, your beloved, your children, your friends. Then you see the main character of the movie, and it’s you! You are the star of the movie and it’s the story of you. And that person in front of you, well, it’s also you, watching yourself act in the movie. Of course, the main character is just the way you believe you are, and so are all the secondary characters because you know the story of you. After a while, you feel a little overwhelmed by everything you just witnessed, and you decide to go to another theater.

In this theater, there is also just one person watching a movie, and she doesn’t even notice when you sit beside her. You start watching the movie, and you recognize all the characters, but now you’re a secondary character. This is the story of your mother’s life, and she is the one who is watching the movie with all her attention. Then you realize that your mother is not the same person who was in your movie. The way she projects herself is completely different in her movie. It’s the way your mother wants everyone to perceive her. You know that it’s not authentic. She’s just acting. But then you begin to realize that it’s the way she perceives herself, and it’s kind of a shock.

Then you notice that the character who has your face is not the same person who was in your movie. You say to yourself, “Ah, this isn’t me,” but now you can see how your mother perceives you, what she believes about you, and it’s far from what you believe about yourself. Then you see the other characters—your father, your siblings—the way your mother perceives them, and it’s not at all the way you perceive them.

After seeing a few more theaters of other people in your life, you decide to return to the first theater to see your own movie once again. You look at yourself acting in your movie, but you no longer believe anything you’re watching; you no longer believe your own story because you can see that it’s just a story. Now you know that all the acting you did your whole life was really for nothing because nobody perceives you the way you want to be perceived. You can see that all the drama that happens in your movie isn’t really noticed by anybody around you. They have all their attention on their story, and that is the only reality they live in.

In that moment, everything changes for you. Nothing is the same anymore, because now you see what’s really happening. People live in their own world, in their own movie, in their own story. They invest all their faith in that story, and that story is truth for them, but it’s a relative truth, because it’s not truth for you. Now you can see that all their opinions about you really concern the character who lives in their movie, not in yours. The one who they are judging in your name is a character they create. Whatever people think of you is really about the image they have of you, and that image isn’t you.

At this point, it’s clear that the people you love the most don’t really know you, and you don’t know them either. The only thing you know about them is what you believe about them. You only know the image you created for them, and that image has nothing to do with the real people.

Now the meaning of the second agreement is profoundly clear: Don’t take anything personally. This agreement gives you immunity in the interaction you have with the secondary characters in your story. You don’t have to concern yourself with other people’s points of view. Once you can see that nothing others say or do is about you, it doesn’t matter who gossips about you, who blames you, who rejects you, who disagrees with your point of view.

Don’t take it personally is a beautiful tool of interaction with your own kind, human to human. And it’s a big ticket to personal freedom because you no longer have to rule your life according to other people’s opinions. This really frees you! You can do whatever you want to do, knowing that whatever you do has nothing to do with anyone but you. The only person who needs to be concerned about the story of you is you.

Don Jose Ruiz was born and raised in Mexico, and at the age of 21, he came to the United States to live and study with his father, don Miguel Ruiz (teacher and bestselling author of The Four Agreements).Don Jose lectures widely across the United S Continue reading