They’re not a life sentence. 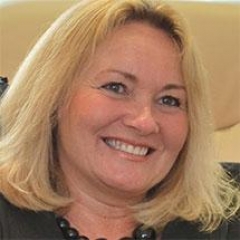 Think of the number of people you know who are either on a diet, or constantly declaring their desire to embark upon one. When does this begin to straddle the chasm between (frankly) annoying and actually worrying? Equally, you probably know many people who are slightly overweight.

Statistics show that the Western world is rapidly heading toward widespread obesity – but how do you determine the difference between simply enjoying your food and using it as a coping mechanism?

It has been argued that what we would now be quick to brand as ‘eating disorders’ have in fact been around for centuries, and that our modern obsession and the recent meteoric rise in diagnoses arises less out of a growing trend and more out of our desire to label everything. Of course the same logic could be applied to diabetes and many other illnesses, so this line of reasoning doesn’t quite stand up to scrutiny.

When behavior surrounding food becomes extreme, it is then classed as an eating disorder, but often the patterns of thinking which have infused that behavior have begun much earlier.

The individual habits of a sufferer might not wholly conform to one recognized disorder, but take some traits from each. It can seem like a veritable minefield. Diagnosis is, therefore, very difficult.

Completely healthy but naturally slender people are often accused of being ‘anorexic’ (it’s become something of a pop culture buzzword). Most of the people caught in a binge/purge cycle are a ‘normal’ BMI or even slightly overweight. The simple lesson is that, however tempting it might be, it is not possible to make a conclusive diagnosis simply from a visual assessment.

We should be on the alert for the signs of an eating disorder when someone displays anxiety in a situation where food will be a) present and b) unavoidable. People become anxious around food for any number of reasons, but this anxiety can grow to the extent that it dominates every waking thought.

This leads us back to our original point: disordered eating goes hand in hand with disordered thinking. This is not just because of the underlying emotional issues which infuse the disorder, but because nutrition affects the delicate balance of chemicals in the brain. Lack of nutrients, therefore, interrupts reasoned thought. That’s exactly why your attempts to confront the problem might have seemed so utterly ineffectual. The logic that you would apply to the situation is just not accessible to the sufferer.

Eating disorder sufferers cannot be told to ‘pull themselves together’, to ‘stop doing that’ or to ‘just eat.’ Many caregivers and friends become incredibly angry and frustrated as they perceive an eating disorder as something the sufferer chooses to inflict upon themselves, of their own volition. This is just not the case.

My daughter Samantha’s twin sister, Charlotte, recalls: ‘What pulled me through was knowing that Sam was still inside, and it was not her talking and acting at that time, it was the eating disorder.’

The good news is that, also contrary to popular belief, full and lasting recovery from an eating disorder is possible.

The most common question I am asked by concerned friends and relatives of eating disorder sufferers is simply What can I do? The most crucial step is to develop a better understanding of eating disorders – not just the physical symptoms, but the state of mind which infuses them.

It is all too easy for the people around eating disorder sufferers to blame themselves.

This blame is not only often misplaced, it actually delays recovery – it places an obstacle in the way of your loved one’s journey back to health. Guilt is a destructive and ultimately pointless emotion.

There is so little support and understanding available for caregivers – all caregivers, whether they be family, friends, colleagues or professionals, need to work together not only to support the sufferer but each other, too. Any chink in your armor can be exploited by an eating disorder, which is why it is crucial that caregivers must communicate.

One of the most dangerous myths surrounding eating disorders is that they are a life sentence. It is distressing to see people managing their conditions, learning to cope with them on a day by- day basis, with both the sufferer and their caregivers resigned to the fact that this is as good as it gets.

You and your loved one can free yourselves from the prison of eating disorders and enjoy the liberty of a life which isn’t dictated by food, once more.

Through communication, positive thinking, love and, most important, hope, there is a way through the maze of eating disorders and a path back to happiness and health.

Lynn Crilly lives in Surrey with her husband Kevin and their twin daughters, Charlotte and Samantha. Through using her unique and very effective form of counselling she has now established herself as one of the country’s leading private therapists wo Continue reading