Achieve the summit of your life. 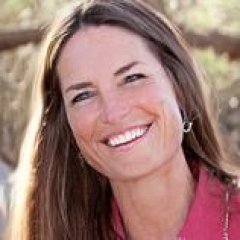 “If you want to be happy, set a goal that commands your thoughts, liberates your energy, and inspires your hopes.”

It stands alone as a challenge and a dare. With its jagged snowcapped peaks, the highest mountain on this earth is 29,035 feet above sea level. Men and women, experts and novices, have always been both intimidated and intoxicated by, and unexplainably drawn to, this natural wonder, which is located on the border between Nepal and Tibet. Ancient tribes called it Sagarmatha, but the world now knows it by two words that loom larger than life: Mount Everest.

Those who climb the mountain summit range in age, the youngest climber in history being a 16-year-old Sherpa who was told she was much too young, but something inside drove her up those peaks. Men and women in their 40s and 50s have been informed by doctors and hysterical loved ones that they were much too old to climb the mountain. Something in their nature drove them to grab their oxygen bottles, pull on those hiking boots, invest in some ropes, and begin climbing—sometimes not even knowing why it was so life affirming to them to scale those rock walls. They simply had to do it.

Climbers arrive day after day from every country in the world. They have different political and religious backgrounds, but looking up at those razor-sharp peaks, they are exactly the same, with one goal—to reach the sky.

Mount Everest serves as a metaphor for the journey we want to describe here—because we believe that all of us have our own personal Everest to scale each and every day. As the tallest mountain on the planet, Everest represents the highest goal that we can set for ourselves at any one time—whether that means creating a new life, launching a business, overcoming illness, securing a desired promotion, training for a marathon, or losing weight.

Reaching the summit of your Everest, whatever goal it may be attached to, requires planning and effort on your part. Those climbers on Everest don’t just go out there in a tank top and a pair of shorts and hit base camp, asking, “Do we need anything to get up there?” A successful climber doesn’t simply wake up one morning and start walking up a tall mountain guided by inspiration alone. Attaining a lofty goal demands mental preparation and physical stamina, fueled by some important tools, including proper nutrition and good health.

We chose Everest as our mental “guide” because those who reach the summit are at the top of their game. They’re showing us what’s often called peak performance. That’s a term that has frequently been used in association with elite athletes—or even fast cars—which means demonstrating an ability to fulfill one’s potential despite any odds against it. But peak performance, similar to what climbers on Everest exhibit, is something we can tailor to our lives no matter what path we’re on or what goals occupy our dreams at night. What’s required is simply the motivation to “be the best that you can be.”

No matter what stage of life you find yourself in—whether you’ve entered retirement or just graduated from college—there’s an Everest left to climb that will add renewed purpose and meaning to your life. You can take yourself to this higher level of goal setting and performance without sacrificing other important aspects of your way of being. That’s because true peak performance is about maintaining balance and bringing other people along with you as you make the climb up your own personal mountain.

Guiding and underlying the Everest principle is the integration of four keys: medical, nutritional, fitness, and behavioral components. Together, these create a life-enhancing synergy, a model for self-transformation, which will have a much greater positive impact on you and the advancement of your goal than any one of these pieces of the program you could ever do by itself. You can’t climb your Everest if you’re only physically fit. You can’t make the climb just by having good health and proper nutrition. Nor can you do so relying upon mind power alone. It takes a combined, integrative approach—or everything you’ve got—to achieve a high goal, stay on your summit, and remain at the peak of success to enjoy the view that you’ve earned.

Peggy Wagner is a Licensed Professional Counselor (L.P.C.) at Canyon Ranch Health Resort in Tucson, Arizona. A graduate of the University of Vermont, she has been trained in hypnosis, EMDR, and other life-enhancement techniques. Peggy also speaks Continue reading