The other side of child support. 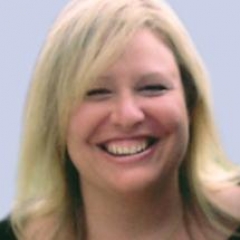 There is child support in the form of a monthly check, and then there is another kind of child support that lasts a lifetime. It’s a sprinkling of wise ingredients, a few helpful suggestions, or a nudge in the right direction. Who wouldn’t like a little “sit-down,” magic words, or a special secret to help with the most important role of your lifetime—being a parent? Here are some words of wisdom, wit, humor, and compassion from celebrity dads:

Bill Paxton on nurturing:
I believe the most important thing is having a relationship with your children when they’re young, or you won’t have one when they’re older. I’ve seen friends caught up in careers. All of a sudden their children are grown, and these friends try to make a connection. By then it’s too late in many cases. Don’t have children if you don’t have time for them. They need a lot of nurturing and time—in fact, that’s all they need. They need that more than toys or money or clothes. You can give them a cardboard box and they’ll play with it if you’re right there next to them…it’s better than giving them some expensive toy and ignoring them. Just spend the hours, because it pays such a big dividend, and it gets better as you go along.

Cuba Gooding, Jr. on men and fatherhood:
When it comes to parenting, women just get it. They’re tuned in to it. For men, it’s more about fear and providing for the kids. I try to tell my male friends to just calm down, sit on their fears for a moment, and enjoy their son or daughter. I tell them that there will be enough time to provide, but they can’t live at the office. I tell them to spend an entire day with their children and to throw away the cell phone on that day. Hold your baby for two hours while he sleeps, because you’ll never forget that day. You might forget the deal that paid the bills, but when you’re old, you’ll always remember how your baby felt in your arms.

Ashton Kutcher on being a stepparent:
I like being what the girls call MOD—“my other Dad.” What I’ve learned in the past year is that every kid is different. But as long as you love them and never forget that love, then you have the key. I think it’s all about just being there and loving them because kids feel that every single day.

Hugh Jackman on taking kids out in public:
I never get embarrassed when children act out in public. You really have to leave that at the door and just go with what happens. I can tell you a quick story. I took my son, Oscar, to one of the art museums in New York City. He was three, and we were in the Impressionists’ room. Oscar was pointing and laughing at the paintings. You’ve never seen a human being on this earth who was more full of joy. That’s when this woman came up to me and said in a very huffy voice, “Will you please keep that child of yours quiet? You’re in a museum!” I said, “Absolutely not. I will not keep him quiet because he’s three. He’s also getting more enjoyment out of these paintings than you are, ma’am. So maybe it’s you who should learn a lesson here!”

Denzel Washington on giving other parents advice:
Just stick with your kids. There’s no set of rules on how to be a parent. No handbook. Just hang around your kids and ask them a lot of questions. You have to stay involved in your children’s lives and monitor everything they’re doing whether they like it or not. You’re not in the job of making them like it. You’re there to protect them in a world that can be troubling.

Will Ferrell on flying with children:
If you’re flying with your children, it’s best to book them on the same flight and not on one where they have more legroom and are leaving at a different time. They could get there earlier than you, and that causes resentment. Two-year-olds can also never figure out those connecting flights. It just makes it harder, so travel as a family.

Donald Trump on not creating Mini-Me’s:
The best advice I can give to new parents is to realize immediately that your children will be unique individuals. Give them the space to be themselves and to develop their own personalities and characteristics.

Benjamin Bratt on daddy basics:
Just be loving. You also have to recognize that you need to take the focus off yourself and put it on your children to give them a proper start in life.

And a few final words from Matt Damon:
When you have a child, your relationship with every child in the world changes. It’s like you’re in a club you didn’t know existed before a child came into your life. I believe you should make the world more beautiful for all children in any way that you can.

Cindy Pearlman is a nationally syndicated writer. She has interviewed Hollywood's biggest stars, who appear in her column The Big Picture. Continue reading