Fearless in Tibet—The Life of a Holy Man

Fearless in Tibet—The Life of a Holy Man 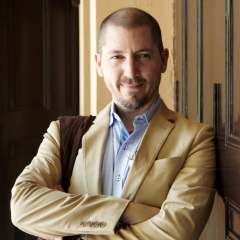 The following is an excerpt from Matteo Pistono's novel, Fearless in Tibet.

Dargye celebrated the birth of his first son by drinking a few jugs of barley wine with his Nyarong cohorts. Flicking a bit of moonshine in the air, Dargye said, “By the power of Chieftain Amgon, may my boy, born in the Fire Dragon year, bring good fortune to this poor Shiwa village household.”

“Shall we take him to the master Nyala Pema Dündul at the monastery for a blessing and name-giving ceremony?” asked one of his cousins. “No. I already sent some butter up to that old hermit at Purification Temple. He said the boy should be named Sonam Gyalpo. I don’t want Pema Dündul getting any ideas about having my kid chanting away at his place.” Dargye had no intention of allowing his son to follow the Dharma, the teachings of the Buddha. He was counting on the boy to release him from curses that had been set upon him by locals. “My son Sonam Gyalpo is not gonna be a monk—he’s ridin’ sidekick with me.”

Dargye descended from a financially secure family in Upper Nyarong in Kham; however he had not lived up to the expectations of his forefathers. Instead, it was rumored around northern Nyarong’s pine-filled valleys that before taking Orgyen Drolma as his bride, Dargye rode with a group of bandits known as the Sureshots who rambled along the north-south trade route of the Nyachu River that flowed the length of the region. Travel along the narrow canyon was slow and dangerous for caravans, making them easy targets for bandits. In a decade of late-night banditry and mule-train ambushes, the Sureshots made off with considerable gold and silver. In the wake of their attacks, more than a dozen traders and farmers in Nyarong had been killed.

Dargye tried to convince others that he had not been a bandit with the Sureshots, but rather worked for a Chinese tea trader in the city of Chengdu in western China. His meager resources did not reflect years of high-revenue banditry. However, village gossip can make a poor tea trader into a once-profitable bandit or turn the most holy of monks into a charlatan. “He will be a crack shot, a shrewd trader, and marry a girl from the county town. Sonam Gyalpo will carry on the spirit of our warrior chief Amgon,” Dargye boasted.

Amgon was a brutal fighter and the most renowned chieftain in Nyarong, a rugged region where multigenerational blood feuds defined village relations and where scars and wounds marked its borders. Amgon’s foes feared him as much as his comrades respected him. Among those he waged battles against was the far-off government in central Tibet; the kingdoms in Derge and Nangchen of eastern Tibet cowered before him; and he even battled Qing military outposts.

Sonam Gyalpo’s youth was spent in Amgon’s shadow. Dargye was keen to imbue his son with the chieftain’s fierceness. It pained Sonam Gyalpo’s mother, Drolma, to hear Dargye’s plans for their child because she knew the boy was special. On the night of his conception Drolma had dreamed of a beautiful celestial woman saying to her, “He shall not be with you for long. Shower him with love while you can.” As the ethereal figure faded, bells and other sacred religious objects dissolved into Drolma. She awoke feeling the family had been blessed but feared the prediction meant her boy might die as an infant.

When Sonam Gyalpo began speaking as a toddler, he told his mother of memories of his past lives, and referred to Padmasambhava as his father. Later, when a wandering mendicant with dreadlocks tied atop his head and carrying a trident staff came by their home in search of a meal, a natural devotion rose in Sonam Gyalpo’s heart. He asked his mother why Padmasambhava was begging for food. She just smiled and offered the mendicant tea and porridge.

When the mendicant was relaxing after tea, Sonam Gyalpo went up to him and tugged on his woolen cloak. “What is a buddha?” “Buddhas work for the benefit of others. Ordinary people work for the benefit of themselves. And just look at the difference between them,” he said, quoting the 8th-century Buddhist saint, Shantideva. Sonam Gyalpo was only six years old, but he thought deeply about the mendicant’s words. Before he left their home, the wanderer wrote a four-line verse and gave it to Sonam Gyalpo:

Commit not a single unwholesome action,
Cultivate a wealth of virtue,
To tame this mind of ours,
This is the teaching of all the buddhas.

Drolma was surprised that Sonam Gyalpo could read the verse. Dargye had prohibited their boy from learning to read or write, fearing it would lead him toward a religious life. Unbeknownst to his parents, Sonam Gyalpo had asked a local hermit to teach him the alphabet. The hermit taught Sonam Gyalpo from discarded prayer book pages that villagers had placed high in mountain grottoes for disposal, believing that blessings flowed out of the texts as they disintegrated into the soil. Sonam Gyalpo took advantage of these pages, decaying on the mountainside though they were, to learn to read and write. He also meditated upon verses found in the pages and contemplated them while moving sheep and yaks to pasture.

One day the great meditator and most renowned of all Nyarong lamas, Nyala Pema Dündul, passed Shiwa village. Dolma invited the respected yogi into the family’s sitting room to rest. Butter tea was served, and after Pema Dündul offered a brief blessing, he drank it without speaking. Silence always made Dargye feel uncomfortable. The calm was broken when Sonam Gyalpo bounded into the room chasing a kitten. “Hey, don’t I know you?” Sonam Gyalpo blurted out. A glowing grin spread across the master’s face, like a grandfather seeing his grandchild for the first time.

“Don’t you speak like that!” Dolma scolded Sonam Gyalpo. “Offer your respect to the master.” Sonam Gyalpo bowed to Pema Dündul, and when he stood straight, they looked at each other like dear friends who had not seen each other in decades. Pema Dündul saw not only a child before him but simultaneously observed Sonam Gyalpo’s previous life as Prajapati Gotami, the aunt of Shakyamuni Buddha and the founder of the order of nuns, as well as his lives as past saints in Tibet and India. And Pema Dündul remembered studying together with Sonam Gyalpo in a previous life when they were both disciples of Padmasambhava, the Indian guru who established Buddhism in Tibet in the 8th century. He basked in the reunion with a spiritual brother.

Sonam Gyalpo ran out of the room, following Dolma into the kitchen. “You should know that Padmasambhava has a mission for the boy to fulfill,” the master said to Dargye. “He will be of great benefit to Buddhism and to many beings.”

Dargye just stared at Pema Dündul who continued, “I suspect it will be difficult for you to make Sonam Gyalpo follow your wishes.” Dargye did not want to believe what he was hearing. If Sonam Gyalpo was sent to study the Dharma, there would be fewer hands to tend the fields and yaks. “I think it is time you go, old lama. I have to bring the yaks down the mountain.” “Although you will not let your son go with me now, in the near future I will become his guru, so what are you waiting for?” Dargye vowed never to tell Drolma what Pema Dündul had said; instead, he tried to forget the conversation as if it were a bad dream.

Matteo Pistono is a writer, photographer, practitioner of Tibetan Buddhism, and author of In the Shadow of the Buddha. Pistono’s images and writings about Tibetan and Himalayan cultural, political, and spiritual la Continue reading