Fired as a Patient

Fired as a Patient

Where is the bedside manner? 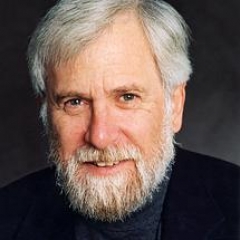 The other day, my dear neighbor Natalie asked me if I was familiar with a new dentist she has started going to. My ears perked up when she mentioned Dr. Kim. He's my miracle dentist, a man of exquisite delicacy, deep competency and grace. But back to him later in this article.

So here I was. With a letter from the administrator of the dental clinic of a major teaching hospital in the Philadelphia area that said they would not longer provide care for me— i.e. I was being FIRED as a patient!

I had gone to their clinic because I needed a great deal of dental work and I understood they provided good care and had less expensive fees. And I had indeed been an uncooperative patient.

They were recommending a lengthy course of treatment—months of extractions, dental implants, bone grafts—where there was a great deal of ambiguity as to medical strategy and outcomes. On a practical level, after extracting a couple of my molars, no one spoke to me about how I was to chew my food or get my nutrition!

Also, the surgical resident spoke to me dismissively and disrespectfully—why was I having such a hard time understanding what she was explaining to me.  It was like she was speaking to the hearing impaired…just repeating herself and speaking more loudly— having little impact on my comprehension or ability to make sense of what it meant for me. So I was indeed—guilty as charged—dragging my heels in terms of committing to their ambiguous direction.

From their standpoint, I was, as my friend and fellow author Dr. Bernie Siegel loves to tell the story, a disturbing element. The dental residents need patients to work on, especially those with complex and intriguing problems to present. They need an assembly line of compliant patients to learn on. I would have been ideal, had I been better behaved.

At first I sought to protest my firing to the chief of the clinic, but got no response from her. I later considered contacting the CEO of the health system that the clinic is a part of, but decided my time was better spent. Besides, even if the clinic would have “rehired” me as a patient, I didn’t want to be treated by anyone who didn’t really want to be my healing partner in this.

At a later time I had a chance to share my experience with someone at the health system who had been appointed to a new role of Director of the Patient Experience. Nothing seems to have come of it. I think that the health system still doesn't know what it doesn't know; it doesn't have a clue that my experience might have been an important instructive opportunity for their oral surgeons-in-training. An opportunity to reflect on how to help patients make decisions—especially when treatment is complicated and outcomes are ambiguous.  And, more important, an opportunity to educate their trainees in handling patients whose cultural styles are different from their own—a dimension that was not in play in my case.

This is the same issue whether it happens in an oral surgeon’s office or an oncologist’s office or a gastrointestinal surgeon's exam room.

Fast forward. My friend Harry highly recommended Dr. Kim, a local oral surgeon, to me.  Dr. Kim told me there was indeed a long term course of treatment that involved implants, bone grafting, and so on. (aka $19,000)  This treatment had benefits, but was not by any means guaranteed to produce those benefits. However there was an alternative involving a partial denture, which would have immediate benefits (allowing me to chew my food!). That was the way I chose to go and I am now a very happy chewer—and a huge fan and admirer of Dr. Kim!

The doctor/patient relationship cannot be an adversarial one. Not if it is to be about healing. And not if it is to harness the best wisdom and intention of both the patient (and the patient's family) and the doctor.

That's the way I've experienced my care from Dr. Kim. And also from my primary care doc and my cardiologist. We're both sitting down, both looking in each other's eyes, both respecting what the other is bringing to this encounter.

So, when you’re fired as a patient, is it a badge of honor or the mark of Cain?  As Joan Baez sings, I'll take the Diamonds!

Yosaif August is the President and CEO, Bedscapes/Healing Environments International, Inc. My own vision is to create a healing cocoon or comfort zone around every patient in every bed in every healthcare setting in the world. -Yosaif August Continue reading