Healing the root of disease. 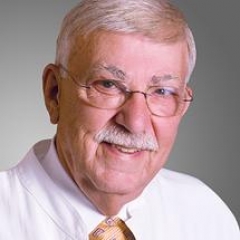 Today, modern medical doctors are gradually finding their way back to what Hippocrates proclaimed 2,500 years ago: “Let thy foods be thy medicine and thy medicine thy food.” They increasingly offer what they think are sound nutritional ideas in magazine articles or postings on Websites. But what are these mainstream practitioners recommending?

Eat beets, they say, because beets are a good source of folate and betaine, two nutrients that help lower blood levels of homocysteine, a compound that can damage arteries and increase your risk of heart disease. Or drink pomegranate juice because taken over a year it can reduce blood pressure. Or eat tomatoes because they contain lycopene, which fights cancer.

Yet these recommendations and many others are general comments. Beets and pomegranate juice—and carrot juice, another popular health drink—also have high levels of glucose (sugar), which, if you have hypoglycemia or low blood sugar, would only further stress your pancreas and adrenal glands and heighten your fatigue.

And those poor people who are trying to get the protective benefits of lycopene from tomatoes, tomato sauce, or ketchup would have to eat a couple hundred tomatoes per week! Even if they have the time and wherewithal to eat so many tomatoes, that amount would be far too acidic for most people, especially for those with gastric conditions or Type B blood.

The heart of my belief and practice, as I’ve said—although it can never be said too often—is that every individual is a unique creation composed of two different sets of genetic traits that come together only once in this universe, and never again. I believe there are no human stereotypes, no carbon copies, no perfect replications—similarities, yes, relatedness, definitely; but even members of the same family have vast differences among them. And subsequently, no two people can eat the same two foods.

Early in my career, my studies in blood pathology led me to explore the possibility of a link between an individual’s blood quality and the body’s characteristics, including the person’s dietary needs. Further, my observation about blood types and sub–blood groups and the importance of eating wisely, with the knowledge of which foods give strength to the individual body (and not according to the iron rule of your taste buds) has healed the infirm; but perhaps just as significant, it has also prevented chronic illness in many.

The same way in which a medical doctor writes prescriptions for drugs to fight symptoms, I write menus, recommending (as needed) particular fruits, vegetables, animal proteins, and grains specific to an individual’s blood type, sub–blood type, and the current physical condition of his or her body. The same way in which most people take a drug to relieve them of a symptom, my patients use food to strengthen and balance their bodies and help protect them from losing their natural vitality; and in the case of a disease, heal the root cause of the problem. So yes, I might recommend beets, pomegranate, or carrot juice; or okra, brown rice, or any number of foods, but it’s according to the patient’s individual needs.

Dr. James L. D’Adamo, N.D. D.N.B, is the originator of the world-famous Blood Type Diet and director of the D’Adamo Institute for the Advancement of Natural Therapies. Trained in the United States, Germany, and Switzerland, Dr. D’Adamo revolutionized Continue reading