The seduction of Slim Jims. 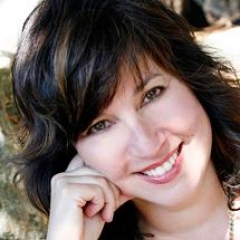 It’s a hot summer day in Montvale, New Jersey, circa 1970. I am ten years old, sitting on a curb outside Coiffures by Gigi, the salon where my mother is getting her blond hair teased into a flip by Tom the hairdresser. The summer air is dense and muggy. Maple trees and weeping willows stand still in the stifling heat.

My ritual rarely varies. While my mother gets her hair done, I go to the nearby stationery store and buy a few Betty and Veronica comic books. Then I buy a five-pack of Slim Jims at the A&P supermarket. I sit on the curb outside the salon, open the red-and-yellow box, and take out the first stick. I open the comic book and begin to read, synchronizing bites with the words.

Bite. The outer skin pops as my teeth perforate the first layer. “Oh, Betty, you’re not wearing that?” says the mean-spirited Veronica. Chew. A wad of grease explodes in my mouth. “Veronica, you are such a bitch!” says Betty. She actually doesn’t say this, of course, but I wish she would. Veronica is a vain, petty tyrant, and I want Betty to knock her on her ass.

Bite. Greasy pulp again fills my mouth. “All the boys love me, Betty, me!” screams Veronica. I swallow. I wish Betty would slug Veronica, but instead she just looks crestfallen. “Buck up, girl!” I want to yell. I can’t bear to see her belittled by that shrew. I want her to learn to stand up for herself and to the bullies of the world. As I read on, I eat one Slim Jim after another, envisioning a different life for Betty.

I know, even as I eat the entire box of Slim Jims, that this food is bad for me. But the combination of salt, fat, and sugar grabs me like metal to a magnet. As I chew the tough sticks, some of the anger, sadness, and bewilderment I feel about myself and my family abates.

I am lonely. I am convinced I was born into the wrong family. My father, when not being charming or sick, is a bully. He has, on various occasions, punished me by making me stand with my nose in the corner; washed my mouth out with Phisohex, an old-fashioned antibacterial soap; and hit me with a belt. I’m scared to be around him, which, it turns out, is a blessedly rare occurrence, since he travels six months a year on business. I don’t know what he does, so I tell my friends he is an engineer. That sounds respectable, the kind of innocuous professional job that wouldn’t invite any further questions.

He loves me. I often feel his warmth. But his love is dangerous and inconsistent.

My mother loves me, too, but I don’t feel connected to her the way I want. As children often do, I want a mother who will mirror me. I want her to encourage my desire to write. I don’t feel seen by her for who I am inside. Only from the vantage point of many decades do I now understand just how difficult her life with my father was, and that it was her steely spine and commitment to her kids that kept our family intact.

I don’t know my place in the world and already know that my family cannot help me figure it out.

It’s been decades since I’ve eaten Slim Jims, and now that I’m writing about them, I wonder how they’ll taste and how I’ll feel eating them again.

I drive home and put the box on my desk. It sits there for days, until I finally decide it’s time.

I unwrap the vacuum-packed foil seal. The vinegar smell hits me first. Then I take a bite. Salt, grease—a sensory bomb—just like I remember.
My nine-year-old son Jack walks into my office and sees the box. “Can I have one?” he asks.

I’m torn. If I eat Slim Jims, that’s my choice. But give them to my son?

I nod. For someone so young, he knows a lot about food. Since I never feed my kids food like this, part of me is curious to hear what he has to say.

I open one and hand it to him. He takes a bite. His eyes grow big.

Then he adds: “It makes all the other food in my stomach seem boring, and makes me want another one.”

He’s hit upon the magic formula for cheap, fast food. Grease, salt, and corn syrup, all thrown together to create a taste that makes you beg for more.

I want to see how it feels to eat them all, just like I used to. I eat a second, then a third, then a fourth.

Maybe it’s a coincidence, but that night, I get sick. My body can’t take it. I lie in bed, queasy, willing sleep to come.

Dayna Macy’s essays have appeared in Self, Salon, Yoga Journal, and other publications; and in several anthologies. For the last decade she has worked at Yoga Journal as Communications Director, and now also as the Managing Editor for International E Continue reading