From Chaos to Calm

From Chaos to Calm

A tribute to all customer service reps. 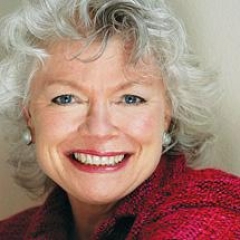 One Monday, after working as a customer service rep at Mighty Power for about two months, I finally cracked. The morning started out with Jake and me arguing about money. Then I managed to spill hot coffee down the front of my shirt. The twins missed their bus because Natalie couldn’t find her backpack. And my ancient Honda was allergic to cold mornings, so it took several tries before it finally started. By the time I dropped the kids off, I was late for work—again. That made three times in two weeks. I was terrified that my supervisor Lucy would notice and put me on probation.

That morning the office was in an uproar. People were frantic. Some genius in the billing department had messed up and sent shut-off letters to several thousand customers. Perfectly good customers who paid their bills on time got a nasty form letter that read: 'If you don’t pay up, your power will be shut off in 24 hours'.

As hard as we tried, there was no way we could handle the avalanche of calls. Call after call I was yelled at, sworn at, and called every name in the book. All for something that was somebody else’s fault!

I managed to keep my cool most of the morning. But finally, after a string of really awful calls, I lost it. I started to fight fire with fire. By lunchtime my attitude was so bad that some customers were certain they had just had an encounter with the service rep from hell.

Feeling desperate, I knew I needed help. That’s when I thought of Isabel. She had the most experience of anybody in the call center. I couldn’t put my finger on it, but there was something special about her. She had the unique ability to remain calm—no matter what. All the other reps knew that if they had an impossible customer, they could transfer that person to Isabel and the customer would hang up happy.

I found my hero in the cafeteria. She was standing by the window with her back to me. I approached quietly. “Hey, Isabel,” I said, faking a smile.

She shifted her peaceful gaze to me. “Oh, hello, Olivia. How are you?”

I couldn’t hold back any longer. I burst into tears.

Before I knew it, I was pouring my heart out. I told her about my horrendous day.

“Oh, Olivia,” she said softly. “I have been where you are.” She explained that she had been in a similar situation years ago when she first started at Mighty Power.

Feeling as though her whole world were caving in, she had gone to her mom for advice. Her mother was a simple woman with a grade-school education. Born in Mexico, she had come to the U.S. in her teens, married in her early twenties, and raised six children. Despite having more than her share of life’s problems, her mother had always seemed to maintain a peaceful sort of calm. I sat down with my mother and related my problems, expecting her to take my side and say everything would be okay.

Here is what she said: 'For the ten problems of life that come to us, nothing can be done.'

'Then is it all hopeless?' I cried.

“My mother replied, ‘For the ten problems of life—family troubles, work problems and money worries, finding your way in the world—I have no solution. But you have an eleventh problem. For that one I have help. The eleventh problem is your view that you should not have the ten problems. You can never get away from life’s problems. Thinking that you can will always make you want to run from your life.’

“That, Olivia, is what my mother told me. It was such a help to me, I am happy to pass her wisdom along to you.”

Wait a minute, I thought. Knowing I have the eleventh problem doesn’t do much good if I can’t do something about it.

I demanded more. “Obviously, you’ve figured out how to deal with the eleventh problem, Isabel. What’s your secret?”

“It’s pretty simple, really. Every day I unplug for a few minutes,” she replied.

“I’m not sure I understand what you mean. Sort of like when I unplug my headset?”

“Here is the best part,” she whispered. “I have the power to unplug and go to that quiet place any time I want. I can do it anywhere. Sometimes I unplug mentally as I’m waiting in line at the grocery store. When the weather is nice, I go outside and take a few minutes to sit quietly and unplug.” She laughed, “I even unplugged the other day as I sat in my car as it was going through the car wash! So, Olivia, you wanted to know my secret. Now you have it.”

That sounds simple enough, I thought.

Isabel read my mind, “You will need to practice for a while before you can go to that quiet place whenever you want to or need to. I have found that it happens naturally whenever I stop, sit up straight in a relaxed manner, and focus on my breath.

The idea is to be present with what is going on at that particular moment. Just relax and observe your thoughts as they float in and float out. When you find yourself latching on to a thought, simply say to yourself, That’s a thought, let it go. When you spend even five minutes a day unplugging from your busy mind, you will find that you see what is possible and useful. It will keep you from getting stuck in the ten problems of life.”

Barbara Burke is an internationally known consultant, speaker, and author specializing in the “people side” of customer service management. At the core of her philosophy is the belief that exceptional customer service is only possible when the employ Continue reading