Only the truth will set you free. 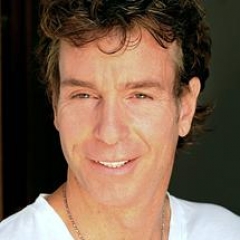 I was working with a really great woman from New York who had met a guy she was interested in having a long-term relationship with. The man was a little older than she was; and he was powerful, strong, and successful. They went out on one date, and she felt really good being around him. He was the sexy, debonair, confident guy that my client liked. He’d also been married a few different times, which made him seem as if he knew where he was in his life. Needless to say, this woman was very emotionally and physically turned on by him.

She asked me: “How do I charm this man? He’s very sexual.” With my help, she started engaging him sexually—flirting with him via text messages, sending him pictures, and e-mailing him seductive notes. She was matching what she thought was his sexual energy, and having a lot of fun in the process.

There was just one problem, and it was a major one: He wasn’t able to satisfy or match her energy. As a result, she started getting very frustrated. “He went down to Florida for a week or two and didn’t invite me to join him. He goes to a business meeting and decides to hang out with his work buddies or clients at a bar afterward, but he forgets to call me. What’s he thinking? What do I do?”

You can probably guess by now what I told her. “I have no idea, but I do know that he doesn’t deserve you. If a man refuses to give you what you need—sexually or emotionally—then you don’t need to stick around. You’ve got two options: either you look your date directly in the eye and find out the truth, or you walk away.”

Believe it or not, life really is that simple, and we’ve overcomplicated it in so many different ways. We’re afraid of the truth—like Jack Nicholson said, “You can’t handle the truth!” We’re afraid to talk about what’s on our minds and get naked, so we let issues build until they kill any chance of having a healthy relationship.

Long story short, my client let the situation with this guy linger for weeks. So every day her disappointment grew a little more. He didn’t call. He didn’t invite her on a trip. And he didn’t even acknowledge Valentine’s Day!

I finally told her, “Listen, this guy’s treating you as a booty call, and that’s it. You deserve so much more. Why do you think you’re going to get him to change? There’s no game you can play. He is who he is. He’s not emotionally able to give to you. Playing some trick to get him to start giving you what you need just isn’t going to work. It never will. You’re holding on to a dream and an illusion of a fantasy that you’ve come up with in your head. You must learn when to let go and move on.”

I’m proud to say that she followed my advice and stopped obsessing about him. Within a month, she found someone else who happened to be exactly the kind of person she’d been dreaming about and hoping for all along.

Here’s an exercise I’d like you to do right now to fully comprehend this lesson and begin—right now—to live it yourself.

Write down all the missed opportunities that you’ve had over the past year to call somebody back. I want you to include all of the individuals that you obsessed about with your friends. Next to each name, I want you to write down how much time you spent consumed by him or her. Was it a day? A week? Two weeks? A month?

After that, add up the total hours you’ve spent obsessing in the last year. What number did you get? This is the time you could have been meeting other people. How long would it have taken for you to simply pick up the phone and call the person one more time and find out the truth? I can guarantee that number is small potatoes compared to the hours you wasted.

Falling in love with yourself and becoming naked and vulnerable means that you’re going to have to get answers for yourself. So the next time somebody drives you crazy, what are you going to do?

David Wygant is one of today’s most successful and sought-out dating experts and coaches. For more than 20 years, David has been earning the trust of American men and women looking to transform their love lives. Continue reading