Finding Your Creativity Means Knowing Where To Look

If you’re like most people, you think of creativity as a private club, reserved like the corner table by the window for a talented few. You believe it’s passed out at birth to the Bachs, the Matisses, the Michael Jacksons of the world.

You, on the other hand, (sigh!) are fated to be a consumer of creativity, decorating your foyer with other people’s sculptures, spending your evenings watching other people’s visions on a 52-inch screen.

But the truth is all of us are creative. All of us are connected to a higher consciousness that allows us to see the glow so often blocked by low-flying clouds.

All of us have the ability to innovate, solve baffling problems, even produce art.

It’s why we sing in the shower, write witticisms in the dirt on unwashed cars. 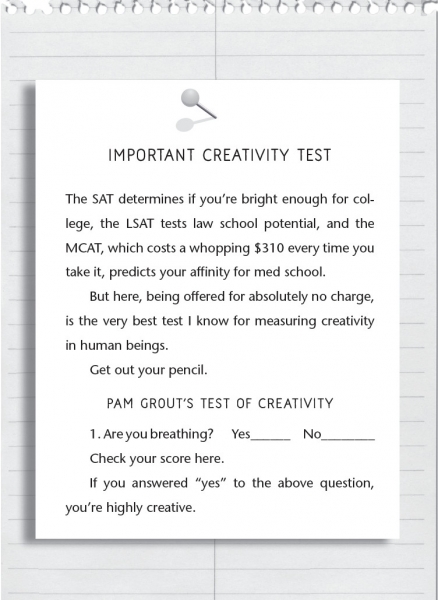 You were created in the image and likeness of the Big Creative Kahuna. Whatever your thoughts about God (and I know lots of us think of Him as a judgmental old toad who sits up in heaven salivating for the chance to mark down “naughty, naughty” in His big, black book), you can’t really deny that a good percentage of the world agrees He’d probably include creative on His list of credentials.

Who else would bother to make every snowflake different?

Every fingerprint on all 10 fingers of the world’s 6 billion people unique? Even bugs, the lowliest of species, have been given great creative consideration. In the beetle family alone, there are more than 300,000 varieties.

Just like the barber who passes his razors down to his son, the Dude, as I call God in my book E-Squared, passed the ability to create down to us. Just like the engineer who smiles when his son builds a bridge out of his blocks, the Dude smiles when we write poems.

Most of us can accept that being like God means being kind, compassionate, giving canned corn to people less fortunate.

But could it possibly also mean making a sculpture? The Big Guy, more than anything else, expects us to create, to express, to be more like Him. It is not only our right to create, but our responsibility and eventual destiny.

When you buy a smartphone, it comes with a host of apps—a calendar, maps, a camera, a calculator. Human beings, like smartphones, are also bundled with certain “software.” We all come with the “app” to produce children,
to think, to fall in love. 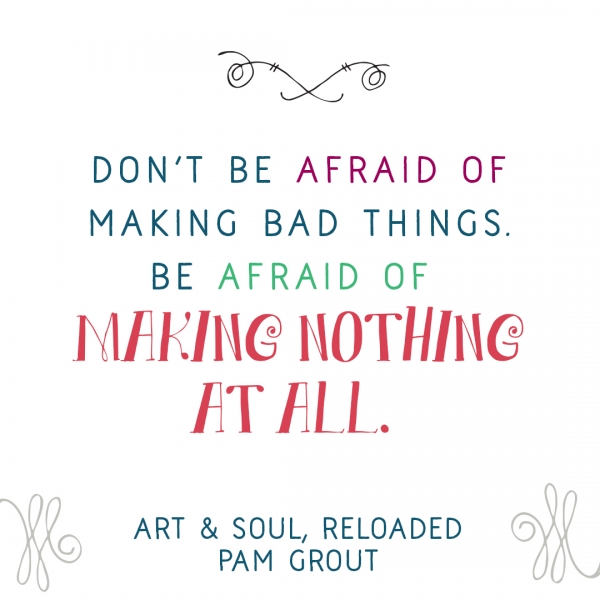 Another program that’s installed in every one of us is the creativity package.

At this point, it may be like iMovie on my iPhone, dormant and unused. But just like the purple starred icon in the right-hand corner of my phone, your creativity package is
available awaiting your click.

When my daughter, Tasman, was five, she asked me, “Mom, do all tadpoles grow into frogs?”

I was stumped for a minute. Some of them probably don’t. They get squished by a lawn mower, can’t find enough flies, or run up against some other tadpole deterrent. But this

I could tell her without hesitation—every single tadpole is encoded with the ability to “be a frog.”