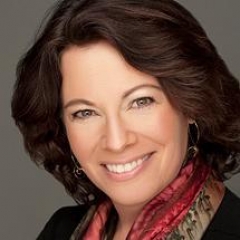 We live in a culture that holds tantalizing promise for a satisfying life with good friends and good relationships, yet the rate of depression, stress, overwork, and divorce—or simply choosing to veg out with the TV or Internet every night, instead of having real, satisfying relationships with real people—has literally reached pandemic proportions.

We’re bombarded with helpful hints from relationship gurus on television and in magazines who promise they have the secret set of words and behaviors to make you happy: “simply follow these five simple rules!”

But you have (repeatedly) tried what they’ve suggested and you still aren’t happy—and your relationships still don’t cut it.

The pharmaceutical companies advertise to millions about curing depression and social anxiety with a little pill once a day. And yet the majority of people still suffer in their search for better relationships and more satisfying lives.

To answer this question, we turn to neuroscience: the way your brain is wired can either help you have happy, satisfying relationships or it can be a huge obstacle to healthy love.

So where does this wiring come from? Unfortunately, most of your brain’s wiring for relationships was determined unbelievably early in your brain’s development—before you were about two years old. (Your interactions as a baby have an enormous, lifelong influence on how your brain does relationships.)

The good news, though, is that you can rewire your brain for better relationships. You can change your old “relationship brain” neural pathways and develop new and improved ones using simple, 2,500-year-old mind-training techniques that are more precise than a neurosurgeon’s blade, and without all the mess. The ancient practice of mindfulness meditation, as it turns out, produces real, measurable changes in the brain in key places so that deeper connections, better love, and healthier relationships can really take hold.

Whaddaya think? Are your relationships worth 20 minutes a day?

As recently as ten years ago, neuroscience maintained an ironclad rule about neurons in the brain: once you reached adulthood, you couldn’t grow any new brain cells—they only died off as the years went on. This “rule” also meant that old connections within the brain—those neuronal pathways that determine how you react—couldn’t be replaced if they were damaged. It was all downhill after the brain “completed” its development at the golden age of 25. Yikes.

Well, we found out pretty recently that that idea is wrong. Really wrong. We can, in fact, not only cause the neurons in our brains to change and to grow new connections and pathways, but we can produce new neurons, throughout our entire lives. It’s called neuroplasticity, and it’s the most radical finding in neuroscience since, well, the discovery that the brain wasn’t just a cooling device for the body. (I’m not kidding: that idea goes back as far as the ancient Egyptians and went largely unchallenged for millennia.)

What does this mean for you and your relationships? If you can grow new connections and new neurons, your old, getting-in-your-way wiring can be redirected and/or overridden. You can rebuild it.

So how exactly do you change those structures and connections into supporters of happy relationships? Recent studies by leading neuroscientists and biobehaviorists—researchers from Harvard, UCLA, MIT, Princeton, Stanford, and Cambridge, to name a few—have shown that mindfulness practice promotes changes in your brain in areas and ways that promote healthier relationships with yourself and others.

The neurological changes seen in the brains of mindfulness meditators show up in how they feel, how they deal with their feelings, and how they do relationships. And it doesn’t take years of practice—many beneficial effects are seen in the earliest stages of practice, in as little as a few weeks of practicing 20 minutes a day.

You don’t have to become a monk or a vegetarian or spend hours contemplating your navel. You don’t need to hum “Om” over and over, trying to get your brain to be still or empty.

What you do during mindfulness meditation is practice simply noticing your mind’s busyness (a.k.a. your thoughts and feelings) and not getting all tangled up in it. You don’t even have to sit while you do it (and you definitely don’t have to sit like a pretzel). You can do walking meditation, eating meditation, lying-down meditation, or even washing-dishes meditation. With practice, you can meditate anywhere, during just about any activity, and begin to rewire your brain for love.

Marsha Lucas, PhD is a licensed psychologist and neuropsychologist, and has been practicing psychotherapy and studying the brain-behavior relationship for more than twenty years. Her book, Rewire Your Brain For Love: Creating Vibrant Relationships Us Continue reading