Growing Up with a World-Famous Psychic

Growing Up with a World-Famous Psychic 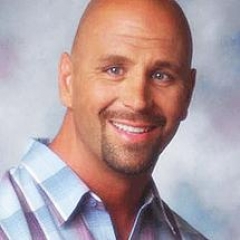 My earliest recollection of being different is when I was around three years old, which seems to be the optimum age for an inherent psychic gift to start showing up. I began to have very clear visions of what I now know was a life before this one. I told my mother in great detail about living a life in the Old West.

I vividly remembered being shot outside a saloon, with my horse, Cinder, standing close beside me. As I lay in the dirt, my daughter ran out and held my head in her lap while my soul went out of my body and into a tunnel. My mother listened very attentively and asked questions at the appropriate times, without ever coaching me or leading me on. She said later that it wasn’t just the specifics that impressed her, but the fact that I talked about a “daughter”—not a concept a three-year-old boy is likely to concoct.

As far back as I can remember our house was always filled with people. They stood outside when it was warm, and they hung out in the laundry room when it was cold—all of them waiting to see Mom for a reading. With nothing else to compare it to, I assumed ours was a normal household. Didn’t every mother “know” things? Didn’t all moms have people lining up to see them? I was genuinely surprised when I found out somewhere along the line that this wasn’t considered normal at all.

My mom treated my psychic gift and its countless ramifications as matter of fact, as had her grandmother when Mom was a child, and it created a great closeness between us. I thought nothing of my mother holding classes in our house every Tuesday, and trances every Friday. My brother, Paul, on the other hand, although he loved my mother, seemed to be embarrassed by the whole thing. He was conspicuously absent during family trances when my mom’s spirit guide, Francine, would take over and “Speak” to us and our friends. Whether he was afraid that when Mom tranced she wouldn’t come back or he just didn’t like the whole idea, I’m not sure. I just know that, for whatever reason, Paul was spooked.

But scared or not, I had no choice. I had this gift, and what’s more, I would receive information and then set out to prove or disapprove it. I have to admit, when I was younger, I would almost hope I was wrong, like when I saw a friend roll his truck—but no such luck. Trying to warn my friends never worked, and that could be very discouraging.

I guess Mom was right when she shared one of her favorite quotes from Scripture—“A prophet in their own land is always a stranger.”

Chris Dufresne, son of psychic/bestselling author Sylvia Browne, is a highly respected psychic in his own right who works alongside his mother in the Northern California area. Continue reading