When the jazz age bloomed. 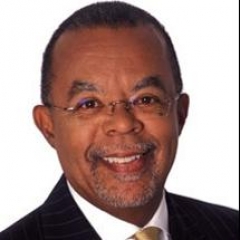 The African Americans: Many Rivers to Cross is the companion book to the six-part public television documentary of the same name. The series covers 500 years of African American history, from the origins of slavery on the African continent to the second presidential term of Barack Obama. Here the authors discuss the fascinating roots of the flowering of black artistic achievement known as the Harlem Renaissance:

The Harlem, or New Negro, Renaissance (the names were used interchangeably) was a uniquely rich and vibrant cultural movement in the 1920s, when talented black artists came together and produced an unmatched outpouring of creative work in literature, art, theater, and music. And although metaphorically centered in Harlem, similar artistic movements emerged simultaneously in Washington and Chicago. Black leaders believed that this national ascendance of black culture could redefine how white Americans and the world thought of African Americans, and how African Americans saw themselves. Instead of being seen as a racial underclass, inferior to other races and cultures, they could now be viewed as genuine cultural innovators—members of a community of artistic and intellectual achievers, with a strong identity and sense of pride. The poet Langston Hughes (1902-1967) coined the phrase that came to describe the movement: “The Negro,” he wrote, “was in vogue.”

It can be said that the Harlem Renaissance had its roots in some unlikely places: in the music of a Czech composer and in the visual innovation of a legendary Spanish painter. Antonin Dvořák is the musician at the heart of this discussion. One of the greatest composers of classical music at the turn of the twentieth century, Dvořák used the folk music of his native culture in Bohemia as the basis for symphonic music and chamber music. While serving as the director of the National Conservatory of Music in New York City, from 1892 to 1895, he met the early African American composer Harry Burleigh (1866-1949). Through Burleigh, Dvořák was introduced to the spirituals, the body of music created by the slaves, which black scholar W. E. B. Du Bois called “The Sorrow Songs” in his classic book The Souls of Black Folk.

In 1893, Dvořák composed his most famous piece of music, Symphony no. 9: From the New World—and it was inspired by those very spirituals that had been composed anonymously in the cotton fields of the American South by African slaves. In 1895, the trailblazing black feminist journalist Victoria Earle Matthews penned a ground-breaking essay, “The Value of Race Literature.” Just two years after Dvořák created Symphony 9, Matthews used the composer’s words to support her own call for a new “race literature.” “I am now confident that the future music of this continent must be founded upon what are called the Negro melodies,” she quoted Dvořák as saying, “In the Negro melodies of America I discover all that is needed for a great and noble school of music….There is nothing in the whole range of composition that cannot find a thematic source there.”

In 1907, 14 years after Dvořák’s discovery of the spirituals, another European made a discovery that would allow the world—not just the white world, but African Americans themselves—to see Africans and their art as beautiful and worthwhile, something to be celebrated and praised alongside all other art. Pablo Picasso, on a visit to the old Trocadero in Paris, found his way into a room (essentially tucked away behind a closet) full of African sculpture and masks. From this chance discovery, Picasso invented an entirely new way of representing the human form in the visual arts. Called Cubism or Modernism today, it was manifested in Picasso’s 1907 painting Les Demoiselles d’Avignon.

The impact of the masks on the faces of the female figures was unmistakable. African masks, until then thought to be ugly and primitive, of anthropological value only and not the least bit artistic, now formed the structuring principle for new ways of seeing and representing the human figure within European art. The revaluation of African art produced an electric effect on African American writers, critics, and artists who in the New Negro movement would call for a genuine artistic renaissance, one that would remove the stigmas connoted by the words Negro and African that had corrupted the words for as long as they were in use. Black, they would announce to the world, was indeed beautiful.

Of all the art forms, however, it was literature that launched the Harlem Renaissance. Its place was paramount, with Langston Hughes the most famous name to emerge from the period, although artists such as Aaron Douglas (1899-1979) and Augusta Savage (1892-1962), singers like Roland Hayes (1887-1977), and actors such as Paul Robeson (1898-1976) were also hailed as exemplars of this emerging genius of the race. For all their undeniable talents, the Harlem writers were still not the most transformative force. In fact, it was Harlem’s popular musicians who made the era’s most lasting cultural contributions. Jazz and blues transformed Western music and became an international sensation. The works of art that most brilliantly characterize the spirit of the black 1920s were those by musical geniuses such as the trumpeter Louis Armstrong (1901-1971), the pianist and composer Duke Ellington (1899-1974), and the singers Mamie Smith (1883-1946), Bessie Smith (1894-1937), and Ethel Waters (1896-1977). Armstrong and Ellington were inarguably the most influential African American musical artists of this period, but Waters and the Smiths were right alongside them in their remarkable ability to transcend the seemingly unbridgeable gap between elite and popular culture.

Henry Louis Gates, Jr., is the Alphonse Fletcher University Professor and director of the W. E. B. Du Bois Institute for African and American Research at Harvard University. He is the author of 16 books, including Life Upon These Shores: Looki Continue reading

Becoming Aware,  my new book about my life and my

Words are powerful, but words infused with thousan

Coping With The Loss of A Loved One

After losing someone you love, you may feel that a

The Secret To Weight Loss Is At Your Fingertips

For years, I treated my weight as my enemy. I saw

Here are more Superfoods to help you eat your way

A prayer simply represents one of many ways to inv