Heal Your Inner Self By Accessing Your Caves Of Power

Heal Your Inner Self By Accessing Your Caves Of Power

Balance And Heal Yourself With This Exercise From Sergio Magaña

Though I first started learning about healing when I was a child, curiously enough it was what I learned last that proved the most important. It boosted the effectiveness of my therapies to a remarkable degree. So far, there has been no written record of this hermetic knowledge.

This body of knowledge is known as ‘the caves of power’, a reference to the power hidden in the inner self. For the ancient Mexicans, the inner self was the part of ourselves where our dreams and underworlds resided. Our instincts and unconscious were also there. So, our power is hidden in the darkness of our cave. If activated, it will enable us to have almost total control over our life. 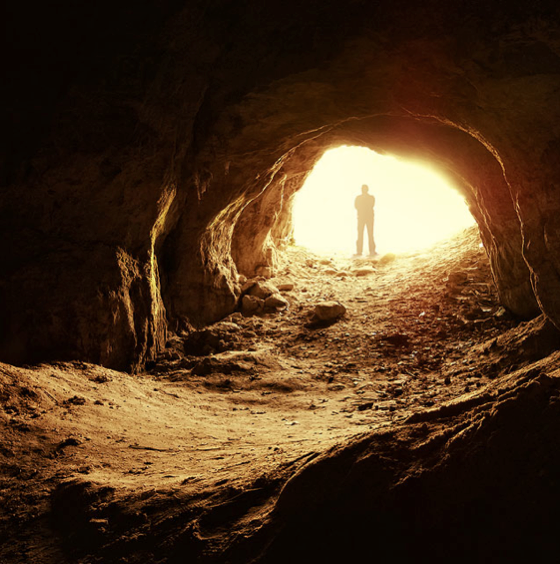 The Place of the Seven Caves

One of the stories in the chronicles of the foundation of Tenochtitlan (today Mexico City) relates that in ancient times the Aztecs lived in Aztlan. This is depicted as a place full of herons, where all the houses were white, the people were kind and Náhuatl was the language. Nevertheless, seven different tribal groups migrated from Aztlan on a pilgrimage to find the promised land. They would know they had found it when they saw an eagle perched on a cactus devouring a serpent.

My attention is drawn here to the similarity between the words ‘Aztlan’ and ‘Atlantis’. There may be a connection, but this is mere personal conjecture. Some academics consider that Aztlan was real, others think it was mythical. The word ‘Aztec’ does, however, come from Aztlan: the Aztecs are ‘those who came from Aztlan’.

The chronicles relate that during their pilgrimage the seven tribal groups of Aztlan lived for a while in a cave called Chicomoztoc. 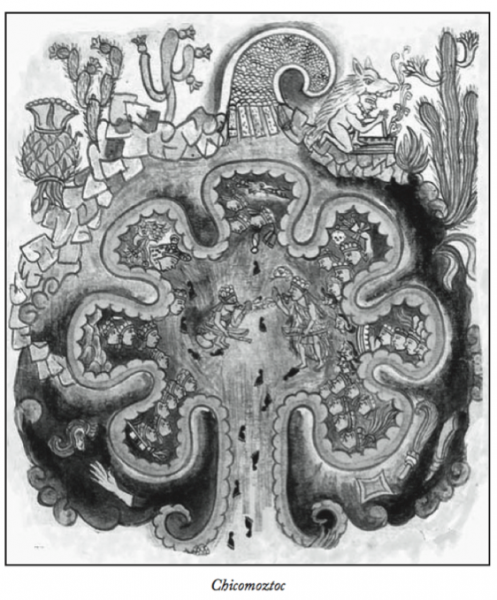 This is literally, according to academics, ‘the place of the seven caves’. So investigators are out there looking for real caves. Mystics are even looking for portals to other dimensions. Some say Chicomoztoc was located in Guanajuato, others in El Cerro de la Estrella and others in the pyramids of Teotihuacán. But to me and many others who follow the Mexihca and Toltec tradition, the codex is pretty clear. It describes a fantastic inner world that is connected to the outer world through seven portals that take you from the inside to the outside, from the nahual to the tonal, from your unconscious to your everyday life. It refers to the seven caves of power – the seven totonalcayos, or chakras.

To activate the Chicomoztoc, the seven caves, means to connect our inner power to what we call reality, so we can express this power in the form of healing, rejuvenation and manifestation.

Before we can do this, we need to enter the darkness to recover our creative power. In our tradition, darkness is not something evil – that is simply a modern prejudice. The view of the ancient people of Mexico was the same as that written in the Bible: light shines out of darkness. That is, darkness will give life to our creations.

In ancient times, these practices were for a select group only and were performed in the darkness of physical caves, but they can be performed equally well outside caves.

The first cave is called Tonal, meaning ‘day’ and ‘who you are when you are awake’, which can be interpreted as who your mind thinks you are – your personality.

There are many caves in Mexico that have a hole in the top. Academics think they were ancient observatories, but this is just part of the truth, because they were also used in the spiritual training of priests, warriors, rulers and practitioners of nahualism, the art of dreaming. Many of the practices I will describe here were done in this type of cave and we do them there to this day.

Ideally, this first exercise should carried out in such a cave, but if it is not possible, you could also do it in a dark place with light filtering through. Stay there as long as possible to see how the light filters through the darkness, because this will leave you with an unconscious imprint of how creation takes place. In the Mexican tradition, the primal energy of creation, Centeotl, is also known as Black Eagle, or Amomati, the state without mind. 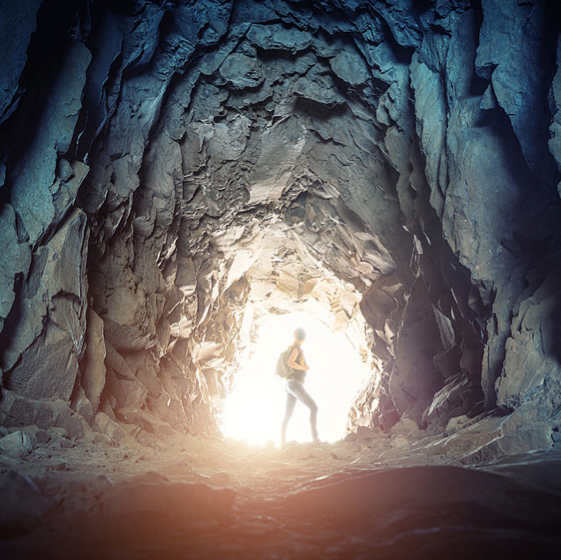 Exercise: Illuminating Your Darkness – Healing Your Inner Self

This core exercise is done to balance and heal yourself, not others. It consists of taking the light filtering through the hole at the top of the cave and introducing it into your seven totonalcayos, while asking it to give you the power to balance them all inside yourself and in others. Start at the crown. (I am using the first system here.)

* Tecpatl(flint),crown: Ask the light filtering down into the cave to change the justice you are receiving and endow you with healing powers. Here you are asking to heal the old winds, the karmic patterns, in your life and create something better.

* Chalchiuhuitl (jade), forehead: Ask the light to give you the ability to enter an altered state through the merging of your nahual [na-wal] and tonal [tone-al]. You will be able to use this state for healing, rejuvenation and manifestation for both yourself and your patients (if you have any).

* Topilli (sceptre), throat: Take the light to your throat and ask it to awaken your personal power.

* Xochitl (flower),chest:Takethelighttoyourchestandaskfor the power to heal your ancestors and your underworlds, to align yourself with the precious knowledge, to create from the heavens and to change what we consider to be real.

* Pantli (flag), navel: Take the light to your navel and ask it to allow you to express your horoscope in the most favourable way and to enable you to use your gifts for the benefit of others.

* Ihuitl (feather), genital area: Take the light to your genitals and ask it to change the creation of hardships and diseases in your life and the lives of others to the creation of something better.

* Colotl (scorpion), coccyx: Take the light to your coccyx with the purpose of healing not only your own ancestral patterns but also those of others.

You need to do this process at least four times.

I would like to add that the more power you want to get, the more often you need to carry out this process. I have done it 28 times in a cave very close to Teotihuacán, and I plan to keep doing it in the future. 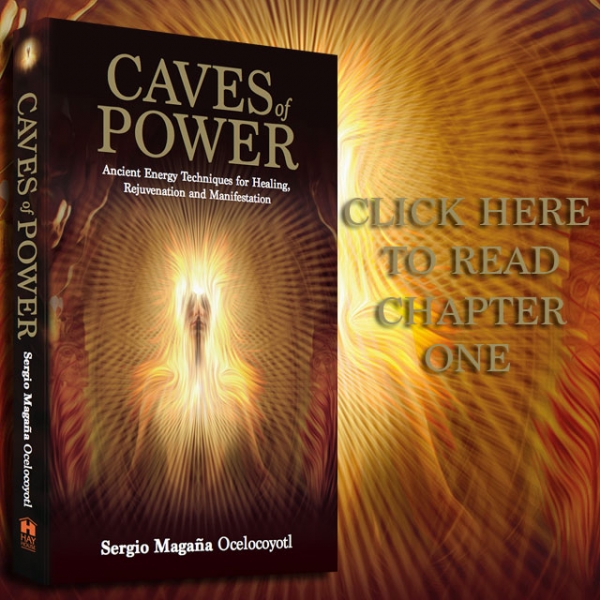 Sergio Magaña is a famous Mexican healer who has been initiated into the 5,000-year-old Toltec lineage of Mesoamerica, as well as the Tol shamanic lineage of dreaming knowledge. Sergio is one of a few spokespeople who have now been asked to Continue reading

A Little Known Way To Improve Your Relationship

You had the good vibes going. You were high from t

Like many a model, I get asked all day long the mi

5 Spiritual Masters You Need To Know About

The Keepers of the Light are a powerful congregati

In many cultures, water is a symbol of fertility a

The 7 Best Supplements For Anti-Aging

In addition to taking vitamin D, fish oil, and  pr

We don’t typically think of condiments as anything

Too Important to Fail

It was one of those unexpected moments of deep rev