Help is on the Way

Help is on the Way 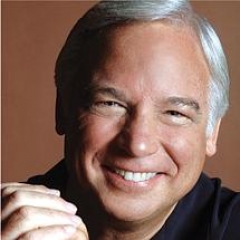 Oh, what glorious beings they were! Flying through the universe on their magnificent golden motorcycles, the cosmic wind in their hair, going wherever they chose, traveling at light speed, sometimes even faster. Their bodies were ephemeral yet defined, and they enjoyed the ageless youth gifted to their species. Only a few thousand years old, they were considered adolescents, not yet the elders of their planet or their universe—elders who each had tens of thousands of years of experience in dealing with complex worlds and the moral difficulties that arose from engaging those worlds.

The beings traveled through this beautiful, endless day, which was much like the many they’d enjoyed together on their annual solstice breaks. As the Class of 2012 at the Academy of Enlightenment, they were fast approaching the time when they would graduate and be given assignments to ensure the balance and stability of the universe for eons to come, much like their elders before them. Today, however, was a day to enjoy the carefree exhilaration of their youth and freedom.

Dozens of them rode together, sharing their boundless joy through their thoughts, for they communicated only with thoughts. Their thoughts shaped words, which they immediately understood; yet communication was instantaneous, faster than words could ever be, and infinitely more clear.

It was a perfect day and they were in high spirits. Suddenly Jack noticed a small bluish planet off to his right. It was about 50,000 miles below but clearly visible to him. “Hey, look over there. That planet seems to be in trouble. I can sense the energy coming from the surface—and it’s full of turmoil, sadness, anger, even rage. I’ve seen this planet before; I have sensed its people and their growth and their struggles. Although there have always been some discordant sparks from this world, I’ve never felt such sorrow as I’m feeling today.” Such was Jack’s instantaneous thought to his riding friends, or as they liked to call themselves, the Golden Motorcycle Gang.

On that magical motorcycle ride through the universe, Jack and his friends had easily picked up on the negative energy coming from planet Earth. The suffering radiating from the dazzling blue ball was unmistakable.

The year on Earth was 1943, and great conflict was raging on much of the planet. The battles engulfed a great deal of its middle band, from one great ocean to the next. The planet was divided into groups called “nations,” which were sometimes the result of geography but oftentimes the result of human choice. Many of the largest and most militarily well-armed nations were focused on the fighting. Almost all the human beings on the planet at that time were thinking about this great conflict, whether their nation would exist if and when the battles ever ended, and if their loved ones would survive and return from the battlefields around the world.

Jack decided he needed to learn as much as he could, as quickly as he could, about this concept of “war.” War was not a reality in the outer reaches of the universe where he lived, and although he lacked the understanding of the impulse to hate and kill, he knew he would not be able to help planet Earth unless he learned more about war and the decision to kill others.

“Yes, what a tragedy,” his close friend Michael thought back. “Such a beautiful blue planet, so full of life, creativity, and joy despite the clear tumors that seem to be infesting it now.”

“Tumors? I never thought of these ills as tumors, but that planet needs some help,” Jack thought back to Michael. “I think we should do something. All our decades of training at the Academy of Enlightenment have prepared us for our roles as masters of harmony. I think we should stop by this planet and see what we can do to help.”

Mark, another member of the Gang, looked at Jack in disbelief. “Jack, this is the first day of our solstice break. We have a great voyage ahead of us. We can go anywhere and everywhere, no responsibilities, no fixed agenda, just experiencing all that the universe has to offer and the solidarity of great friends. Do you know how long it might take to get that little blue globe back on track? It could take us several human lifetimes or more, and that would certainly put a damper on our fun.”

“That may be so, but look at them,” Jack replied. “They’re slowly destroying themselves. They’re in real trouble. Think how great it would be to get that planet back into balance. I have tuned in to it, and it is a really special place—with many different species and lots of variety with respect to geography, climate, and creative ideas. It could be a really fun place. And, what’s most ironic is that it’s their wonderful diversity that is dividing them into opposing factions and threatening their continued existence. What makes them so special is also what’s causing them to face extinction.

“The people there call their planet ‘Earth.’ There has only been intelligent life on Earth for ten or twenty thousand years. That planet is not much older than we are. We should take a little time to see if we can prevent the catastrophic events that we can sense are ahead for them. I think it would be an adventure . . . and when we get back to the Academy, if we can get this Earth back to health, we would probably get all kinds of extra credit for it.” Jack added this overly optimistic goal, knowing it would probably appeal to his fellow riders.

“Well, since you put it that way, I can’t let you go alone,” Mark shot back. “So if you’re bound and determined to go down there, I guess we’re all going to have to join you.”

“Absolutely,” beamed Michael and Janet; along with Steve, Bob, Martin, and Marcia. The rest of the Golden Motorcycle Gang silently voiced their approval. Mission accepted!

In what seemed to them no more than the blink of an eye, each had taken form as new beings—“human beings,” born on planet Earth.

The Gang had failed to mention one critical element of their mission of intervention and redemption: once they were born into human bodies, they would forget that they were cosmic beings with unlimited lifetimes. In order to grow and develop as human beings on Earth, many years would pass before they would remember who they truly were and why they had chosen to be born into a body.

And so our story of the Golden Motorcycle Gang and their adventures on planet Earth begins.

Jack Canfield is the co-author of the #1 New York Times best-selling Chicken Soup for the Soul series, which has sold more than 115 million copies in 47 languages; and the author of numerous other works. Known as America’s #1 Success Co Continue reading