Uncover the great meaning of life. 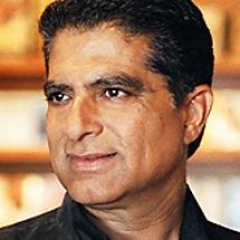 Two of the oldest Indian meditations are centered on the sounds “ahhh” and “ohhhm.” The “ahhh” meditation is done in the morning, and is meant to bring about the things you want to manifest in the physical world. The “ohhhm” is said in the evening, to balance the energies within you and between you and the universe. When you put these two sounds together, interestingly, you have the same sound pattern found in the Hebrew word shalom (shahhhlohhhm”), which means “peace,” “hello,” “good-bye,” and so much more. This is a perfect example of the mysteries that lie behind even the simplest things such as words and letters.

The Hebrew word kabala comes from the root kabel, meaning “to receive.” Kabala is a body of mystical writings based on a book called the Zohar (also known as “The Book of Enlightenment”), which is an interpretation of the books known together as the Oral Torah.

The written Torah, also called the Five Books of Moses, the Old Testament, or simply Torah, is the original text of the Jewish faith. The Oral Torah interprets the Torah and applies it to daily life, while the Zohar focuses on why a person should choose to live his or her life in this way. And the “why,” it turns out, is incredibly simple: because living your life as a fully awakened and spiritual being is the most powerful thing you can ever achieve. It is also the most difficult thing to do, because it entails letting go of our outer constructs and focusing on the internal aspects of yourself.

Kabala strives to bring us to a pre-biblical consciousness, a realm of timeless values that existed prior to organized religion. This state of being is one of simple Godliness: It is the moment before you say a prayer, when you close your eyes and just feel the power of forces beyond comprehension, rather than the words of the prayer or the way in which they’re said.

To function on a mystical, kabalistic level, you have to be willing to let things in and to accept forces beyond and above your control. To receive, in this case, is also to let go: to let go of your preconceived notion, your ego and your fear. By allowing ourselves to receive and embrace the knowledge and the awareness of kabalistic thinking, we will soon be able to tap into the energy that connects all things and brings great meaning to our lives.

For generations, Kabala was held back from the general public. There were dozens of reasons why people were discouraged from studying the Zohar: for example, it was said that these works were so powerful that they should only be read by married men over the age of 40 because they’d gained the necessary knowledge and maturity. In other words, the mystical powers contained in the Zohar were thought to be too overwhelming to be used by the general populace. Scholars who understood the power of these texts feared what might happen should they fall into the hands of evildoers.

More likely, these restrictions and warnings were simply meant to cover up the fact that Zohar was an incredibly complex text written in ancient Aramaic, which few people could decode well enough to teach. By the time it was translated—and communications had reached a stage advanced enough that scholars were able to interpret the text into comprehensible explanations, making the book accessible to the public—many generations had elapsed. Today we have access to the texts, as well as to dozens of books that help us understand them and apply them to our lives.

Within the Zohar, there’s a prediction that in the Age of Aquarius, everyone will know the secrets of the Kabala because they’ll be essential principles of life. Scientific knowledge and advancement was necessary in order to bring about the Age of Aquarius, where all people recognize the laws of nature. That time is now. Our amazing access to information, through resources like the Internet and our generally global world, make this the time when accessing this long-hidden information is possible.

It took the catastrophic events of the last century—including the Holocaust, terrible wars, September 11th, and the recent Gulf Wars—for people to want to explore the deeper ends of their spiritual traditions, to find solace for the confusing and cruel world. Now that we’re here, we have an opportunity to learn about the principles of the Kabala and to access a world that’s been hidden for us for so long.

Because you have guardian angels with you continuo

It was a warm November day in Tampa, and Louise Ha

‘Tis the season to be jolly, and also to be happy-

A Thank-You a Day…

The health benefits of gratitude, which is really

So there I am, sitting in a quiet booth in the bac

While watching me from her wheelchair nearby as I