Are You Craving Foods You Are Allergic To?

As I explain in my book, Don't Let Anything Dull Your Sparkle, many people binge eat when stressed but most don’t realize that some of our excess weight may be attributed to the stress-hormone and a neurotransmitter response because stressed people binge on food to which they are allergic.

Certain foods contain a lot of histamine. These foods trigger allergic reactions in your body, especially if you’re under a lot of stress.

The good news is that most people feel healthy and lose excess weight when they eliminate the allergens from their diet.

When You’re Allergic To Something, Your Body Releases Histamine

The trouble is that histamine produces uncomfortable symptoms such as bloating, itchy skin, profuse sweating, hot flashes, runny or stuffy nose, and feeling cold all the time, as well as low blood pressure, arrhythmia, anxiety, and depression.

All foods contain some histamine, but when you consume a diet that’s high in histamine or histamine-inducing foods, your body is overwhelmed. This is especially true if you have a stressful lifestyle, since stress produces histamine. We’re all naturally allergic to stress. 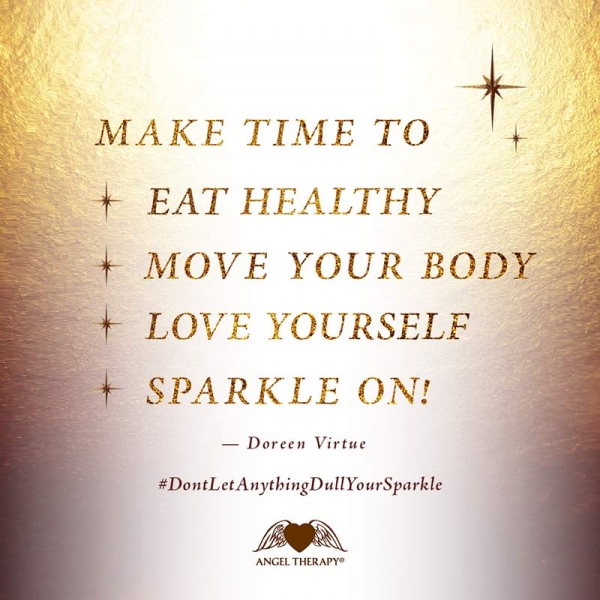 I decided to abstain from high-histamine food for 30 days to see how it felt. This dietary change definitely limited my food choices. It also meant I had to forgo some of my favorite foods (which I had likely been bingeing on because of their histamine content).

Within two days of going “low-histamine,” I felt a youthful energy and exuberance that I had never experienced before. I felt well. I felt happy. And I knew it was due to the low-histamine diet. Darn it! I had been hoping that this diet wouldn’t work so that I could return to my old eating habits of pickled foods, vinegar dressing on spinach salad, organic tofu, and papaya.

But when each day I felt better than the day before, I realized that eating low-histamine would be my new way of life. There’s evidence that you can slowly add back in foods containing histamine. But you cannot return to the old ways of bingeing upon dietary histamine once you realize the process behind these binges.

Most high-histamine foods are pickled with vinegar, aged, or fermented. They aren’t fresh, in other words. Doesn’t that description sound dark, knowing that the life force of the food has long gone?

Histamine foods have tastes that sour, sharp, bitter, and harsh. They aren’t sparkly—that’s for sure.

Low-histamine foods, in contrast, are fresh and unprocessed. They’re filled with light and life force. Their tastes are sweet, soft, and nurturing.
When you’re feeling stressed, especially if you’re experiencing the histamine symptoms outlined here, reduce or eliminate high-histamine foods such as:

•    Aged or processed meats, poultry, or fish, especially shellfish, which is naturally high in histamine
•    Soured and aged dairy products, such as sour cream, yogurt, and cheese
•    Yeast products, especially those made with wheat
•    Anything pickled in vinegar
•    Red wine
•    Anything fermented
•    Processed soy products
•    Additives and preservatives

There are a few naturally high-histamine foods: avocados, spinach, tomatoes, eggplant, chili peppers, strawberries, nuts (except for macadamia nuts), seeds (except for chia), and papaya. These foods are naturally sharp, sour, or acidic. However, the majority of high-histamine foods are processed. When I made the decision to eliminate processed foods from my diet, I lost ten pounds within two weeks, and my stomach flattened. Processed food is generally fattening.

In addition to the above, avoid anything containing pesticides. There’s a reason why our bodies release histamines in an allergic reaction when we eat or drink anything containing pesticides. After all, the suffix -cide means “to kill.” How harsh and dark is that? There’s no sparkle in that intention.
•    Genetically modified organisms (GMOs) or genetically engineered (GE) foods have pesticides built into them, so all GMO/GE foods contribute to histamine allergies. Pesticides and GMOs actually contribute to stress as the body struggles to fend off the poison. In addition, the histamine released by pesticides can increase your bloating and weight. In other words, GMOs are fattening.
•    A Note about Leftovers: The longer any food sits before being consumed (even if it’s refrigerated), the more bacteria grow in it, and the more histamine is produced. To go ultra-low-histamine, only eat freshly made foods. This means cooking with portion control in mind. Frozen food seems to be the exception, as bacteria doesn’t grow in ultra-cold settings.

When it comes to regaining our sparkle, what we drink is just as important as what we eat. It’s all about taking in more light, and staying away from darkness.
As with food, the fresher and more natural your beverage is, the better. So, fresh water (without additives such as fluoride, which is an aluminum by-product) is a wonderful low-histamine beverage choice. Water is also absolutely necessary, because histamine is released when the body is dehydrated.

Citrus has some histamine in it, so those with low-stress lives can usually tolerate it. But if your life is hectic, it’s best to lower your histamine quotient by steering clear of citrus. Anything sour tends to have histamine. Apples are naturally low in histamine, so organic apple juice is a great beverage choice.

Okay, let’s bring up the addictive beverages that trigger histamine reactions. I realize that in all likelihood some of these are your favorites; however, it could be that you like them for the “histamine high” that they give to you. This high of boosted energy and pleasure is short-lived and is always followed by an energy crash, plus all the painful symptoms we’ve discussed.

There’s a physical dependency upon coffee, cola, caffeinated tea, and alcohol, which stems from the body depending upon the chemical reaction triggered by the beverage, as well as a psychological dependency.

— With caffeine, the psychological dependency is that desire to push yourself to go faster, usually in a high-stress job that you don’t really want to be in. Sometimes, people depend upon caffeine because they’re competitive and want to work more hours to get ahead.
— With cacao (cocoa and chocolate) and carob, which are high in histamine, there’s a desire for fun, pleasure, and love. After all, chocolate contains phenylethylamine (PEA), the same chemical your brain produces when you’re newly in love.
— Alcohol is high in histamine. Even the so-called low-histamine variety of wine still contains histamine! In addition, alcohol contains sulfites, which causes bloating and itching in sulfite-sensitive people. There’s also a psychological dependency, such as relying upon alcohol to relax, sleep, and feel more comfortable in social situations.

Once you reduce or eliminate the foods and beverages you’re allergic to, you’ll find yourself enjoying meals more. They become more relaxed and less stressful.

And if you can reduce your stress levels, you may be able to introduce some of the histamine-containing foods and beverages back into your life. However, if you feel yourself losing control and bingeing, this is a sign that you aren’t yet ready to consume that item.

In my book, Don’t Let Anything Dull Your Sparkle , I examine the connection between addiction to a high-histamine diet and stress, as well as ways to heal from this cycle. I include scientifically supported methods for restoring peace and balance to your body and your life.