How Angels Eased The Pain Of Childlessness

How Angels Eased The Pain Of Childlessness

A Moving Account Of Angelic Help At A Difficult Time

Jenny Smedley More by this author
Aug 31, 2017 at 08:00 AM
This story is taken from The Big Book of Angel Stories by Jenny Smedley, an anthology of accounts of real-life encounters with angels. 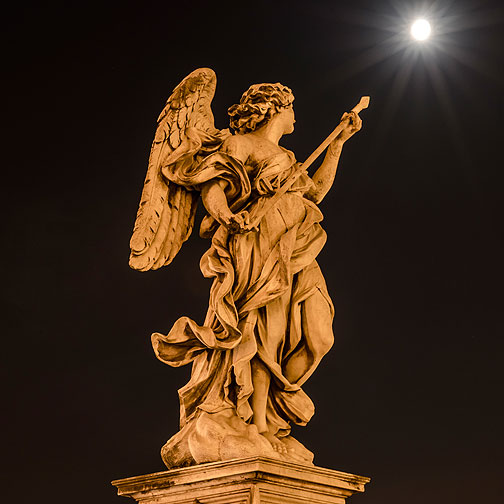 When I married  John,  who  has  two  children from  his  first marriage, it truly  didn’t  dawn  on me  that these  were  the  two  children I was  to be  involved with  raising. And  I continued to be  visited  by  angels  who were  trying to help  me let go of my goal, encouraging me to look ahead to a future  without children of my  own.  This  was  very,  very  hard  for me  to do. I couldn’t fathom  what  else could possibly  fill my  life, what else I could do that would contribute something  positive  to life.
But all along  I was  being  visited  by  many  angels  – spirits I had  never  known in this life, but who  I knew  loved  me. I was also having  difficulty  with my  husband’s family,  who  never  had  taken  to me.  Knowing that they would all  be  happy  if I couldn’t have  children made  this experience all the more  painful  to deal with.  I just couldn’t give up. By then I was investing in in-vitro  treatment, my last resort. But, nothing  happened.
And  still  angels  were  present  in my  life:  walking with  me,  consoling me,  loving  me,  telling  me  it was  going  to be  all right. They  continued to reassure me that there was something  I would be able to contribute, something  I’d  be  able  to give  to life,  to others’  lives. You  might  think with  all  this  heavenly reassurance  I would be  certain  about  the  way things were  meant  to be  and that I would be  at peace  with  that. But I had no notion of the role I was to play. To say that I was angry and disillusioned with life would be to put it mildly. I was so unhappy. I felt betrayed by God. I felt useless as a woman.
But through  all of this, I was visited  by angels telling  me to trust God because everything would  work  out.  And   slowly   –  very  slowly   –  I made  a choice to believe what  they  were  telling  me. I made  a choice to trust God. And  slowly  I began  to see  the  light.  I began  my  work with the Other Side. I got older and wiser and began to realize the importance of the  work  I was  doing,  that this was  my  contribution. That,  even  without having  children, I do make  a difference to many children in this life here  on Earth.  I have  a stepdaughter who  is also ‘my’  daughter. She  loves  me  and  is  one  of  my  best  friends.  I  have grandchildren, I receive Mother’s Day  cards. What  the angels told me is true: without having  children of my  own,  I’m  still a mother.
I never  thought  I could be  happy  without my  own  children, but  I’m pretty  close  to complete peace  with  that. I don’t  have  to worry  about every  moment they are not in my sight. I don’t  think of myself  as ever being  alone  because I have  made  lifelong  friends,  who  are  as close  as family  to my  husband  and me. And  doing  my  work  and living  my  life as I have  has shown  me that children are not always  what  young  girls’ fairy tales tell us they’re going to be. In short, the angels were  right, it’s all OK.
I know  how  lucky  I am to be able to hear the angels who  surround  me. But even  if you  can’t  hear them  they are there.
Read more true-life angel stories in The Big Book of Angel Stories by Jenny Smedley.