How Can I Tell If My Child Is Psychic?

How Can I Tell If My Child Is Psychic?

When imaginary friends may not be so imaginary! 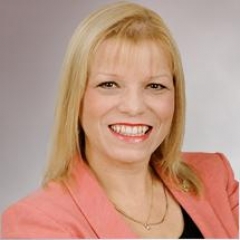 Children are really amazing, aren’t they? They already live in a world of magic and enchantment. They create life and games from the simplest of things. Whole worlds emerge out of cardboard boxes. Simple housecoats and sparkly necklaces become costumes for princes and princesses, and aluminum foil becomes crowns and swords for kings and knights. Teddy bears and dolls emerge as special friends and important cast members. One wave of a tinsel wand and the magic beings.

But what of the childhood “imaginary” friends that many children play with? Are these invisible companions always made up, or is it possible that, on occasion, our children’s “make-believe” characters are real?

Many children have experienced things in their lives that seem impossible to our local minds. If you have no personal experience of psychic phenomena your mind will find it even more of a struggle, yet I promise you these things are really happening.

If you have a child in your family who is already exhibiting expanded awareness, or if you yourself have witnessed or experienced psychic phenomena as a child, then you are already one step ahead.

Some people have begun to classify different types of psychic children depending on when they were born and other distinguishing factors such as behaviors or appearance.

You might hear names such as “Indigo Child” (children exhibiting a lot of the color indigo in their aura or energy field, the so-called “first wave” of new children), “Crystal Children,” “Rainbows” (whom some believe to be the most recent wave) or more general terms such as “Children of the New World” “Sky Children” and “Star Children.”

Here are 40 behavior patterns and phenomena based around these new psychic children. Do you recognize any of these?

Jacky Newcomb is one of the United Kingdom's leading angel experts and the author of the hugely popular book Angels Watching Over Me. She has her magazine column and appears regularly on TV. Continue reading