How Do You Eat?

How Do You Eat?

You could be a hunter or a farmer. 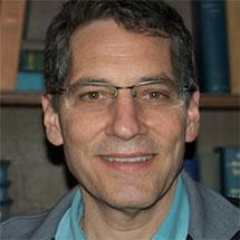 Your genes are crucial when it comes to your health, your weight, and the best diet for you. We are entering the age of nutrigenomics, where genetic tests can predict your best diet. The science is still new, but there have been some early and significant discoveries that can help us determine whether you have the metabolism of a Hunter or a Farmer.

Some very intriguing clues were discovered recently as part of a head-to-head diet study called the “A to Z Weight Loss Study.” This pivotal work was the first to directly compare the results of four popular diets. The diets were the low-carb Atkins diet, the low-fat Ornish diet, the LEARN behavior-modification diet, and the Zone Diet (hence, A to Z). The diets represented a range of carbohydrate intake from the low-carb Atkins to high-carb Ornish, with Zone and LEARN in between.

The results showed that on average the participants did lose weight on all four diets, and they were also able to keep the weight off, at least for a year if they continued their specific plan.

At baseline, patients averaged 187 pounds, and after a year of dieting, the average weight loss was about 6.1 pounds for all of the participants. As a group, those following the Atkins diet lost the most (averaging 10.3 pounds) compared with 3.5 pounds for Zone, 4.8 pounds for LEARN, and 5.7 pounds for Ornish.

To many, the cholesterol results were surprising. Atkins (lowest carb) followers had better HDL values (the “good” cholesterol) and improved triglycerides, while LDL at two months was better with the Ornish (low fat) diet. In addition to weight loss, Atkins was also best at reducing blood pressure. Surprisingly, the lowest-carb/highest-fat diet (Atkins) produced the best outcomes for both weight loss and improvement in cardiovascular health.

The most striking finding of the study was the huge variation in the amount of weight gained or lost by different people on the same diets. Within each diet category, there were some who had lost 30 or 40 pounds while others gained 10 pounds—meaning that people on the same diet had a range of 40 or 50 pounds of weight change! That’s at least four or five times the average difference between the four diets.

Some dieters did great on a low-carb diet (losing up to 30 or 40 pounds), while others gained 10 pounds. The same was true on the low-fat (Ornish) diet, even though the calorie intakes were roughly the same.

How can we explain why some people are better suited for a low-carb diet, while others a low-fat diet? Genetics may be the key. To try to sort this out, DNA samples were collected for 138 of the 311 women who took part in the “A to Z” study.

In other words, matching the right diet with the right person produced more than double the weight loss on average, and genes could predict which people would do best on which diet. Genetic differences finally explained the successes and failures on the low-carb versus low-fat diets! Now we know for certain that some of us are genetically programmed for low-carb diets (Hunters) and others low-fat diets (Farmers).

Mark Liponis, M.D., is the Corporate Medical Director at Canyon Ranch Health Resorts and has been a practicing physician for more than 20 years, including extensive experience in emergency departments and critical care units. The co-author of the Continue reading