How Dr. Christmas Got His Dream Job

How Dr. Christmas Got His Dream Job 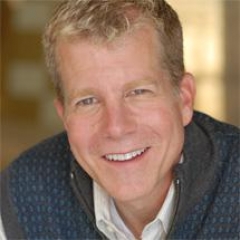 In my book, Play Your Bigger Game, I share my belief that you can shape your life as a game of your own design. And if you can play your life as a game, why not make it the most exciting, challenging game possible, one that allows you to fully express your talents and creativity?

When you play your bigger game, you can create a life that is dynamic, engaging, and wildly inspiring, and you’ll never feel stuck again.

The Bigger Game is your antidote to inertia. It’s meant to put your life in motion. Too often we suppress our desire for full engagement and self-expression because we think that’s the grown-up thing to do. Unfortunately, those who deal with the day-to-day reality of demanding jobs and busy families tend to fall into the business-as-usual mode. We accept lower levels of accomplishment, unfulfilling careers, and even mediocre performance. We tend to do business as usual until the business goes bust. We consciously turn down our hunger dials because we are afraid of expecting too much.

The Bigger Game was created to counteract the self-limiting fear-based approach to life. Michelangelo said, “The great danger for most of us lies not in setting our aim too high and falling short, but in setting our aim too low and hitting the mark.” The Bigger Game is for you if you yearn for meaningful work that matters, hunger for a change but aren’t sure what sort of change, want to take responsibility and direct your destiny, and aspire to make a difference or leave a legacy.

One of my favorite stories of playing The Bigger Game is about my dear friend Bob Pranga, who was my very first coaching client 20 years ago!

Bob hired me because he was feeling lost. He’d been struggling to make it as an actor while working three jobs as a waiter, tour guide, and department-store clerk. Even with three jobs, he was $60,000 in debt. We talked once a week for a year, focusing on his passions, his priorities, and the mark he hoped to make on the world. In our discussions, Bob kept coming back to one particular interest, and every time he talked about it, his eyes lit up…

The Beginning Of Dr. Christmas

While working for Macy’s, the famed department store in Manhattan, Bob had decorated the huge Christmas tree, which is an annual tradition and big attraction for the store. He decorated the tree so beautifully that many people complimented him, including the actress Mia Farrow.

Bob mentioned this several times during our first few discussions. Then one day, he added, “I love decorating for Christmas so much that I’ve even wondered if I could make a living at it.”

My Bigger Game alert immediately went off. “Why don’t you do that?” I asked. I explained to Bob that starting his own Christmas decorating business matched up well with his desire for the freedom to set his own hours and workload. “You love Christmas, and you love being independent; why not organize your life around those two loves?”

Within a year, Bob had established a brand as Dr. Christmas, Tree Stylist to the Stars. He found a great ally by attracting a good friend, Debi Staron. Their skillful decorating and engaging personalities have attracted a clientele that includes Ryan Seacrest, Paris Hilton, the Jonas Brothers, Kate Hudson, Whoopi Goldberg, Heidi Klum, and Leeza Gibbons to name a few.

The moral of this story? Anything is possible! Way back during my first coaching session with Bob neither of us envisioned his future success. My hope and desire for you is that you, too, realize your own passions and create a wildly fun and exciting life from them. As Bob says, “Just remember to sparkle; the glitter gets you everywhere”!

Rick Tamlyn is a sought-after self-empowerment expert who works internationally as an experiential keynote speaker, coactive trainer, and facilitator. Using his own unique brand of wisdom, wit, and humor, Rick's presentations and workshops are int Continue reading