How I Awakened To Divine Consciousness

How I Awakened To Divine Consciousness

Through Spontaneous Relevations From Jesus 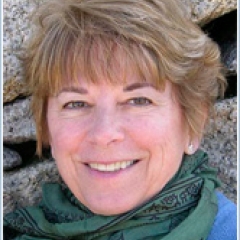 My book, Out of the Blue, is my personal, life changing experience of self-realization. Below is an excerpt from it and an audio clip of Wayne Dyer reading this chapter at a live event.

It was a beautiful day in early July. I was sitting outside by myself on the retreat grounds during a lunch break. In my mind, I was repeating some words that had been given by my teacher during the course as a way to clear old, negative mental habits. At the same time, I was reading from The Light of the Soul, a paraphrase of The Yoga Sutras of Patanjali with commentary by Alice Bailey. The book said that the ego-personality-mind must be replaced by the soul as the driver of the physical vehicle, the body. I wondered what it would be like not to be driven by my ego-personality-mind, to simply let it melt into my soul and allow my soul to lead the way. I found this a totally fascinating concept and was utterly captivated by it. I had full faith that what I was thinking about could happen, and would possibly even happen to me.

Just then, as I sat quietly under the shade of a huge pine tree, the most wondrous thing happened! It was simply astonishing, and at the same time it seemed like the most natural thing in the world. What I am about to recount is the ultimate experience in any human life. This experience gave me the understanding as to why I kept coming back to this earth, lifetime after lifetime.
Fully engrossed in the book and deep in contemplation, I suddenly felt a presence come over me like a huge cloud. It hovered over my head and began to shower me with a golden light, which felt like the sweetest nectar I have ever experienced.

This golden light came down over my head and shoulders, and I knew in a flash that this was God, Brahman, the ultimate reality, the source of all that exists! In the past I had only named the feeling of divine presence as “God,” but now I also experienced it as “Brahman”—a divine ultimate reality existing inside me, as well as outside as a creation of the world. (Note that I use both names, although I felt them as interchangeable.)

Listen to Wayne Dyer as he reads what happened to me next.

A New Day Is Dawning for Humanity

As I looked across the lawn now, I saw what could only be called a vision. About 30 feet off the ground, a cloud appeared, and Jesus stood in the middle, his hands and eyes lifted toward the heavens. The cloud along with Jesus began ascending until it disappeared. Oh, I wondered, have I ascended as well? Is this the ascension we are all to make, from human consciousness to divine consciousness? I felt this was true.

That day was a shattering one for me. All of my concepts of people, life, suffering, and God were completely blown apart, with no trace of recognition. On that day, I saw the greatness of humanity. I experienced “the divinity that awaits all mankind,” and nothing would ever be the same for me. All of my judgments, and criticisms of others and myself, were annihilated. No longer could I judge anyone and let myself get away with it. Divinity lived in everyone and everything, so who was there to judge, who was there to criticize? This divinity was void of any kind of exclusiveness; it belonged to everyone, everywhere, equally, without judgment or measure. To behave or believe otherwise would be to deny our very own existence.

I truly knew that a new opportunity was being revealed and offered for humanity. It was nothing short of astonishing. It was real and it was big. I felt that the end of our limited existence, as we knew it, was coming. For thousands of years, the masses of humanity had been suffering and living under the weight of the ego-personality-mind. We had been in a long sleep regarding our true, normal state—but a new day would come with the dawning of our divinity. I knew with certainty that each of us, if we wanted and if we chose, could wake up to this. 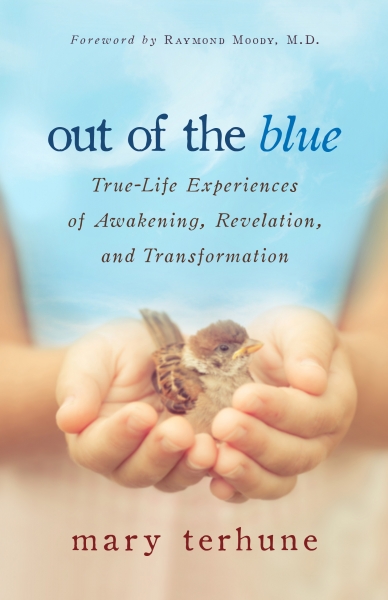 My experience of divinity continued as I watched people walking by. Not only could I see their divinity pouring over and into their physical bodies, I also saw their struggles to be free, their issues and concerns. I thought, Do they know they are God in the midst of these struggles?

I also felt enormous love for each person. It was difficult to describe the kind of love I felt. It had none of the human impurities such as lust, possessiveness, infatuation, attachment, or jealousy; it loved because its nature was love. It was an unsullied love.

I looked down at my watch and saw that it was time to go help with the lunch dishes as part of my service while staying at the retreat. What an interesting situation: There I was in the state of divinity, knowing I was God/Brahman, and I needed to do the dishes!

I realized that our state was the thing that made all the difference while living in human form. We didn’t just sit around doing nothing when we became self-realized; we still functioned, but we functioned in continual joy. In fact, it didn’t matter what we were doing in this state of bliss, as it didn’t come and go but remained what it was. We didn’t lose our minds in all this; we gained our divinity and functioned with greater clarity and concern for the welfare of others.

As I got up to walk to the dish room, I knew I was experiencing the highest state a human could reach. There was nothing else for me to attain—this was it. This knowing continued to overwhelm me with gratitude and an enormous peace.

I stood in the dish room in front of a huge tub filled with soapsuds and dirty dishes, and wondered what effect my state had on those around me who were also washing up. As I had that thought, I glanced up, and a woman across from me looked directly at me. As our eyes met, she burst into tears. I quickly looked down into the soapy dishwater as I heard her sobs. The force of this God love was so palpable inside my body, she’d felt it when I looked at her. I knew as she sobbed that this love inside me had touched that source of love within her—her tears were tears of longing for the divinity living inside herself. I finished the dishes in silence and kept my eyes on the soapsuds.

Mary Terhune has been in the healing arts for over 40 years, journeying from allopathy to homeopathy, body-centered therapeutic massage, and the realm of Reiki and energy medicine. She studied at the Renaissance Institute of Classical Homeopathy a Continue reading