How Professional Athletes Use Tapping

How Professional Athletes Use Tapping

Professional athletes at the highest levels of competition use EFT not only to improve their sports performance, but to change their lives. That includes a major league baseball team—one that has won the World Series in the past ten years. (That’s as specific as I can get without breaking confidentiality agreements.) There are PGA golfers using EFT to cut strokes off their game, to calm their nerves and steady their hands. And there are NFL players who have used EFT to get back on the field after injury faster than the competition.

Athletes are using it, with great results. So why aren’t they talking about it? The reasons are obvious. First of all, professional sports is so competitive that a slight advantage can make all the difference; the edge EFT can give a player or a team might be worth millions of dollars, not to mention massive recognition and prestige. If you had that kind of advantage, you wouldn’t share it with your competition, either! 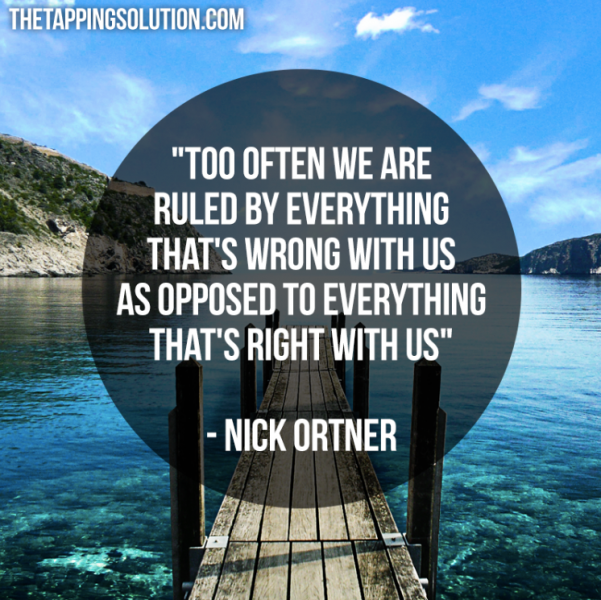 While I understand why athletes are reluctant to admit that they’re using EFT - tapping, it’s frustrating as well. The public has a lot of respect and admiration for athletes, and if they saw athletes using this strange tapping technique, they’d likely try it too! Celebrities and athletes can truly lead the way in making this technique mainstream—thereby changing millions of lives and the world at large.

Getting Back On The Field

The thing about baseball is that every mistake, every misstep, is logged, tracked, and analyzed. One off day, with a couple of errors, goes in the record books forever. It’s hardly surprising that major league baseball players have to manage their fair share of anxiety. That’s where EFT expert Stacey Vornbrock comes in. She works with professional athletes, using tapping to help improve their game.

One pro ball player Stacey worked with had become so overwhelmed by anxiety that he’d developed a set of specific rituals that had to be done in a precise order before each game, in the hopes that they would act as a magic formula to calm his nerves. But it had gotten to the point where he was always the last one on the field. Even worse, his rituals weren’t doing the job. His anxiety continued to grow and grow, and his performance was suffering.

He came to Stacey, and they tapped on the core issues causing his performance anxiety. Very quickly, he was able to relax, and after years of obsessing about his pregame rituals, he was able to stop using them. What’s more, he was no longer the last player out of the clubhouse!

It was great progress, but there was more tapping to do to get his performance numbers back to where he wanted them. After working through his emotional angst, it was time to address past injuries, another common obstacle to peak performance in professional athletes.

There was one past injury in particular that was holding him back—restricting his range of movement, agility, and confidence. Stacey led him through tapping rounds, using her injury recovery protocols to release the emotional energy his muscles had stored since that injury first happened. It worked! His body returned to its preinjury form, and he was once again able to make aggressive plays and dives. His performance numbers quickly improved, boosting his confidence, energy, and motivation to play to the very best of his ability.

Recovering From Past Injuries

Professional athletes are an extreme example of the performance issues anyone can experience. Whether it’s anxiety over your tennis game or lingering discomfort from that old knee injury, you can rest assured that what works for professionals is equally effective for casual-but-committed athletes. While tapping can’t necessarily replace good conditioning, it can have amazingly positive effects on your mind and body—helping your body heal and freeing you from the emotions that can prevent you from performing at your full potential.

Unlike conventional therapies, tapping also helps athletes at any level reconnect with their bodies. Athletes who work with trainers and take frequent lessons, Stacey explains, can go into information overload. “The more they get into their left brains,” she says, “The worse they play, because there’s too much going on.”

EFT can help you use your subconscious to improve your performance by quieting the mental noise that tends to get in the way. Rather than trying to consciously think your way to a better swing, you can let your brain absorb the information, give your body time to practice the movement, and use tapping to release your anxiety and clear the way for your body to incorporate those instructions on its own. Just think about commanding all the muscles in your body to throw a baseball or swing a golf club. It’s an impossible feat to do with the conscious mind. The subconscious provides the instructions, and the body follows. For top athletes it’s often a critical advantage to have a tool that integrates the “bodymind” and lets their bodies feel their way to enhanced performance. Watch the video below to learn more about tapping:

Nick Ortner is CEO of The Tapping Solution, LLC, a company with a mission to bring simple, effective, natural healing into the mainstream through Emotional Freedom Techniques (EFT) or “tapping.” Tapping is a healing modality that combines ancient Continue reading