How To Clear Your Karma From A Past Life

How To Clear Your Karma From A Past Life

Could A Past Life Be Holding You Back? 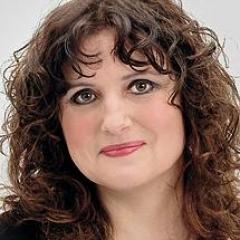 I once had a client named Shelly who came to me with low-grade yet chronic anxiety. Physically, she suffered from muscle tension, headaches, rapid heartbeat, and agitation—all daily symptoms that got more severe when she was in the throes of some kind of project, such as giving a big party, hosting a soiree for her husband’s business colleagues, or even just planning a family vacation.

When we investigated Shelly’s history, we found that her mom had always held her to the highest standards. She had insisted that her daughter do well in school, be courteous, and always present a perfect appearance. In short, Shelly’s mom was a strict perfectionist, and my client turned into an exact replica.

Trying To Be Perfect To Please Everyone

Shelly had grown up believing that the only way to get her mother’s (or anyone else’s) approval was to be perfect in every way and to perform according to the imagined expectations of others. Unfortunately, being perfect is stressful, and her subconscious drive to look good, say the right things, and be the best wife and mom turned into chronic anxiety.

Her therapy had three important steps. First, she needed to express her emotions concerning both the issue and its source—her mom. She needed to ventilate the fears that her perfectionism had created, as well as grieve the lack of a loving mother, along with the happiness and peace of mind that a self-accepting attitude would have brought about. Shelly also used her journal to express her anger at her mom for misrepresenting the truth of her value and for not giving her the unconditional acceptance every child deserves. This exercise wasn’t intended to blame, just to vent the anger so that Shelly could get it out of her emotional makeup and energy field.

The second step was to identify and reframe the false conclusions her mother had taught her. Shelly had to release the assumption that she needed to be perfect to win approval. She also had to let go of the self-imposed demands that supported this false conviction. Her home, car, and appearance no longer had to be perfect; and she no longer had to impress every single person she met. This required my client to create a completely new belief system. She had to define herself as valuable and perfect just as she was, without condition or performance. Shelly worked hard on changing her perfectionist assumptions. She took responsibility for the emotional quality of her life, and she created the shift in consciousness that she needed. It took work, but she felt liberated for the first time. She no longer had the chronic anxiety symptoms or the ongoing worry. She finally felt free, peaceful, and relaxed—except in just one area.

Although Shelly was much more comfortable, she still resisted letting go of her perfectionism at work. She’d thoroughly transformed herself at home and in social situations, yet on the job she was still the worrisome, performance-driven person she’d been before. She realized that this was all self-imposed because she’d never received any criticism from her superiors—at least not in this incarnation. When this last piece seemed unresolved, we decided to do a past-life regression. What we found out was very interesting.

Shelly’s mom in this life had been a demanding headmaster at a school where Shelly had been a teacher in a previous existence. In a repeat of energies, Shelly was constantly bearing the brunt of the headmaster’s perfectionism, always being judged for everything from her appearance and her classroom cleanliness to her techniques as a teacher and the behavior of her students.

It became apparent that although Shelly was able to release a lot of her mom’s present-life indoctrination, she’d residually held on to the old encoded fears and demands concerning work. After the regression, she continued to reframe her beliefs in that arena; but we added releasing, rescripting, and affirmations in order to lay to rest that deeply encoded part of her perfectionism.

Remember, whether or not there’s a karmic component, there’s always a connection between your emotional experience and your cognitive structure—that is, between your moods and your thoughts. No matter what has happened in a past incarnation, negative feelings signify fearful, judgmental, or catastrophic beliefs. Those false ideas need to be restructured in this life, and any unhealthy conclusions from previous existences need to be cleared as well.

The duality of this energetic structure is important. If you tend to be depressed, you may have been emotionally beaten down when you were young, but there also may be lingering conclusions of hopelessness from preceding existences. Low self-esteem may be sourced in previous lives filled with criticism, but your current training is likely to also be in play. There’s clearly a connection between past-life influences, present-life upbringing, and ongoing unresolved emotional issues.

It’s part of your soul’s intention to clear your eternal consciousness of any untruths. Therefore, pervasive assumptions such as powerlessness and unworthiness that perpetuate toxic thinking in this life will be carried forward if they aren’t cleared up now. However, if you deal with things on a cognitive, emotional, and karmic level, you’ll be able to cover all your bases. By releasing the feelings, clearing the karma, and restructuring your belief system into healthy assumptions and intentions, you’ll not only restore balance to your personal energy field, you’ll bring a dramatic new direction to your life right now and to your soul’s future evolution.

What are the moods you tend to live in? What do they reveal about your upbringing and about the beliefs you’re still embracing now? How can you change false past conclusions along with present toxic beliefs in order to foster a greater sense of well-being and self-esteem? Meditate on what your thoughts and moods could reveal about possible past-life experiences. Always make the conscious intention to believe in yourself, your power, and your unlimited worthiness. This is your soul’s unchanging and eternal truth. To learn more about past lives and how to release and rescript your karma see my book, The Hidden Power of Your Past Lives.