How To Get Unstuck

How To Get Unstuck 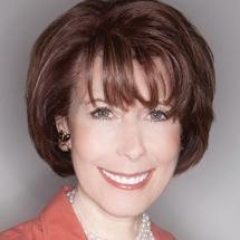 In her debut novel, Andrea Adler introduces us to Sandra Billings—a struggling actress who is about to take an unforgettable spiritual quest all because of an impulsive ad she placed and a spontaneous visit to her favorite bookstore.

Panic had settled into the crevices of my bones. I’d become a powerless victim of circumstance. I was confused, totally stuck in this moment of complete fear and helplessness. Not knowing what to do, I closed my eyes and lay there, trying to be comfortable on the bumpy mattress whose springs had worn out long before I’d rented this apartment. Sandra, you are not allowed to swallow, exhale, or blink until you have a precise plan of action. Not a move. Holding my breath while my body remained rigid on the concave bed, I waited for the top of my head to open up so I could receive some kind of guidance—praying that insight into this dark tunnel of existence would reveal itself. Really soon.

My life had become a tragic myth. Not yet suicidal, I was in a state of severe uncertainty and knew that some kind of action had to be taken, really soon. I just wasn’t sure what. My creative soul burned to express itself in ways that my present job at Martha’s Boutique could never provide. My artistic skills yearned to be challenged in ways that no longer included the exclusive talent of selling women’s clothes. My heart burned to be reciting the words of great playwrights, keeping an audience on the edge of their seats as I delivered soliloquies from Ibsen, Chekhov, Shakespeare, Williams. But I was stuck in a nine-to-five grind, and didn’t know how to get out.

I gave myself permission to breathe, but I still couldn’t blink. So I continued to lie there, counting the brown watermarks on the ceiling, tracing the water leakage to its origin, which diverted my attention just long enough to allow a thought of genius to slip through a narrow passageway into my brain. What would I do if I were a struggling artist living in Paris? What would I do there to support myself? It took less than two minutes to come up with the perfect scenario: if I lived in Paris, I would check out the Parisian newspapers for housekeeping or governess jobs. I could have a roof over my head, a small income, and free time to paint.

I tore off the blue polyester bedcover—knowing this was at least a beginning to an action I could pursue—and tripped over my shoes on the way to the front door. I grabbed the Los Angeles Times from the doorstep . . . and saw the eviction notice taped to my door.

Shit! I decided to ignore it. I waited for the screen door to slam on my butt, and plopped the paper down on the old oak table. I tore through the sheets, in hot pursuit of the classifieds section. Where is it? Where is the goddamned classifieds section? Here it is. I looked eagerly up and down at each ad: HOUSEKEEPER/live out. Daytime DRIVER needed for six children. COOK for gay couple. BABYSITTER for triplets. GARDENER/COOK/DRIVER wanted for elderly couple. Give me a break! Not one job for a live-in.

I headed to the kitchen and yanked open the refrigerator door, looking around for the jars of peanut butter and jelly. Smearing these ingredients onto a cracker would totally satisfy this craving I had to chew. But I was out of both. I slammed the door and returned to the paper. Again, I looked through the ads—up, down, side to side.

Nothing. I went back to the fridge, flung open the freezer door this time, frantic to put something—anything—in my mouth. I began to paw around for one of those chocolate-covered ice cream bars. Just thinking of the soft ice cream and hard chocolate crust made saliva well up in anticipation. But all I could see behind the freezer-burned loaves of bread were orange-flavored bars. Whatever had possessed me to buy those? I hated orange. I tore off the wrapper of one anyway, threw it in the sink, and sucked the hell out of the orange coating. I began to pace around the tiny living room.

All of a sudden, as if a large chip from a meteor had fallen from the sky and hit my brain, I thought: Why don’t I place an ad of my own?

I stood there in complete awe of my own genius.

The orange coating had melted off its stick and was halfway down my knuckles, so I licked the remaining nasty liquid into my mouth, and probed the classifieds columns to see how the other ads were written. Then I saw it—a sign, clear as day: DISCOUNT COUPON FOR ONE PERSONAL AD. The deadline was today!

Knowing that the next set of letters about to be formed would be the most important selection I’d make in life, I closed my eyes, prayed for inspiration, and spent the rest of the morning trying to edit a torrent of words down to twelve—which I finally did. And then I, Sandra Billings, placed an ad of my own:

Drama student in need of RM AND BRD

in exchange for housekeeping.

Andrea Adler is a TV and Broadway actress, a journalist, and the founder of HolisticPR.com. She is an international speaker, workshop presenter, and consultant, and has authored three books on holistic marketing: PR for the Holistic Healer, Creati Continue reading