How To Lose Weight Fast By Changing Your Thoughts

How To Lose Weight Fast By Changing Your Thoughts

Your Thoughts Hold The Key To Helping You Drop The Pounds

I want to focus on the hidden component that affects your weight . . . stress. When your stress hormones are activated, it triggers your body to produce more belly fat. I have learned, after working with so many of my online and celebrity clients who are eating a diet low in Sugar Calories, that stubborn belly fat will not come off unless you have control over your stress hormones.

It’s Not Your Fault

Every day, all I hear is how difficult it is to get rid of belly fat. It’s a familiar struggle. Back when John F. Kennedy took office and Martin Luther King, Jr., proclaimed “I have a dream,” over 2 million Americans were obese (13 percent of the population). Today the number stands at 35 percent of the population, nearly 110 million Americans. When you include those who are overweight that number swells dramatically. According to the National Health and Nutrition Examination Survey, two-thirds of Americans (more than 215 million people) are now overweight or obese.

Perhaps even more sobering is the fact that in all that time, we’ve been trying so hard to lose weight. According to recent statistics, approximately 108 million Americans are currently dieting. People are counting calories, pumping iron, and visiting surgeons, all in a desperate attempt to shed pounds. Despite the fact that we spent $60.5 billion in 2013 on weight loss, our waistlines continue to expand, rather than shrink. As much money as we spend as a nation, the obesity epidemic just won’t go away.

On the covers of celebrity magazines like People, Closer, and Us Weekly, headlines are always touting how some celebrity stays slim with the latest dieting trend and promising to show us how we too can work off the pounds. We wonder if we could lose the weight if only we had the “right” genetics, expensive personal training, steel-like willpower, and the best surgeons money could buy. But what if I told you that it was simpler than all that?

Watch my free video now to learn new ways to think about food and discover how to reduce your cortisol (stress) levels, the key to weight loss. 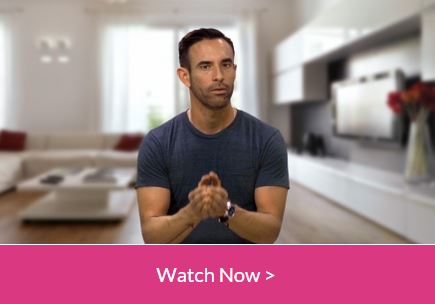 Are You Feeling Stressed?

More than just poor dieting or exercise habits, the hidden component affecting our weight is stress that activates our stress hormones. It’s so insidious and so prevalent in our lives that the American Psychological Association (APA) calls chronic stress “a public health crisis.” According to the APA’s recent Stress in America survey, 22 percent of Americans reported being under severe stress, and 44 percent reported that their stress levels have increased in the past five years.

What a lot of people don’t realize is that happy events can be stressful, too.

There are two categories of stress: distress and eustress. Most people recognize that negative life events cause stress, such as getting divorced, losing a loved one, having a difficult job, or struggling to pay bills. This is “distress,” which results from unpleasant situations. But what a lot of people don’t realize is that happy events can be stressful, too. Getting married, having a baby, meeting new people, working at a rewarding job, or any other positive experience that causes you to feel motivated and excited causes “eustress.” The common denominator is change. Really, any change is stressful.

When you’re stressed, your hypothalamus, a tiny region at the base of your forebrain, sends a signal to your pituitary gland that prompts your adrenal glands, located atop your kidneys, to release a surge of hormones, mainly the stress hormone cortisol. It doesn’t matter whether you’re rushing to meet a deadline or running away from a hungry lion, your body’s response is the same: release cortisol to keep your blood sugar up and give you the energy you need to deal with the stressor.

At the proper level in your body, cortisol helps maintain blood pressure and blood sugar levels, acts as an anti-inflammatory, and helps regulate the immune system. Really, it acts as a protective mechanism for your body. It also helps you mobilize fat from storage to be used as energy. When in check, cortisol is a wonderful aid for your health.

We Can Never Escape Stress

However, your system is not equipped to deal with consistently high levels of this hormone. Going back to our example, if you were worried about becoming lion lunch, once you escaped, your body would calm and your cortisol levels would go down as well. But these days, there’s always a deadline— or a bill, or a relationship challenge, or a thousand messages to reply to. It seems like you can never escape the stress, so your cortisol levels are chronically high, building up in your blood and wreaking havoc in a number of ways. A study published in the journal Obesity Research found that when overweight women were exposed to stress for an hour, those who had a high waist-to-hip ratio (and therefore more abdominal fat) secreted more cortisol than those who had a low ratio. When the researchers delved into their backgrounds, they discovered that the women with bigger waists had poorer coping skills and more mood swings.

While all of the women in the study became angry in response to the stressful tasks they were given, what’s interesting is that the women with bigger waists showed less anger. The scientists speculated that was because these women felt helpless in the face of the stress. 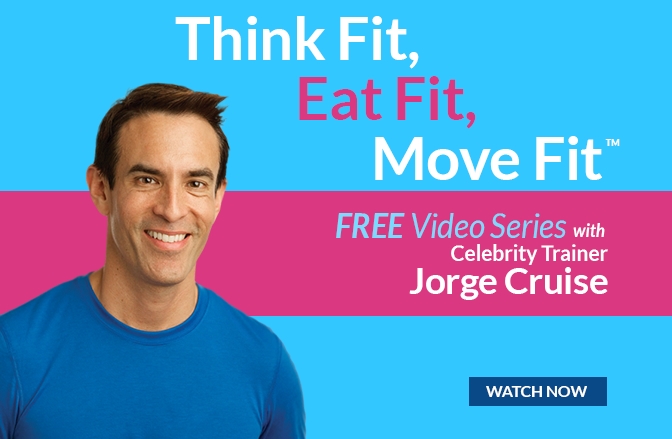 Another study, this one conducted at Yale University, found that stress was linked to excess abdominal fat even in otherwise slender women. The researchers exposed women to stressful situations over a period of four days. The women with greater waist-to-hip ratios, whether they were overweight or slim, felt more threatened, performed worse on the tests, and secreted more cortisol. Even during the later days, the slim women with high waist-to-hip ratios secreted more cortisol in response to the laboratory stress than the slim women with low ratios. The scientists concluded that having more belly fat makes you more vulnerable to stress.

Another factor in weight gain is that high cortisol levels increase appetite and cravings. A study published in the journal Appetite found that when people were under chronic stress, they were hungrier, felt more cravings for non-nutritious foods, and struggled with disinhibited eating and bingeing. Unfortunately, when we’re stressed, we tend to reach for poor choices rather than a grilled chicken salad.

Getting Your Cortisol Levels In Balance

It comes down to the fact that a few simple yet powerful thoughts can dramatically reduce your stress, and thus the amount of cortisol produced.

Buried under massive amounts of stress and looking for a jump start?

There are a few natural remedies that can help you stop stressing pronto. Gamma-aminobutyric acid (GABA) is an amazing neurotransmitter that helps you create a natural stress-free response.

Another nutrient that you may be lacking is vitamin D. Though our bodies naturally source it from the sun, particularly during the summer months, vitamin D can also be supplemented to help your body regulate a stress-free day.

Omega-3s have been shown to keep stress hormones and levels of adrenaline under control. If you love fish, which is rich in this essential fatty acid, then it is easy to get the amount that you need; otherwise, supplements and enriched oils can be your “omega solution.”

Another great stress fighter is vitamin C. Remember, however, that citrus fruits such as oranges are loaded with Sugar Calories, so reach for the lemons and limes or a vitamin supplement instead.

My book, Stubborn Fat Gone!™ is a simple 12-week plan, including 84 days worth of recipes and affirmations to turn off the stress hormones effortlessly.

A note from Jorge - It is very important to stay motivated. What's the trick? You need to get clear on your goal and why you are doing this in the first place. Too many people I work with know what they don't want, but they have no clue what t Continue reading