How to Overcome Limiting Self-Beliefs

How to Overcome Limiting Self-Beliefs 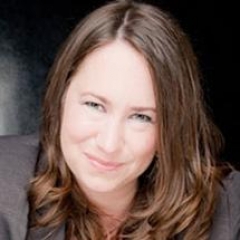 Before becoming a Hay House author and writing You Do Know I always thought that there was a secret sauce that all the Hay House authors knew the recipe for. I believed that the definition of enlightenment was when you had all your ducks in a row and a gleaming white smile, when nothing bothered you and you floated on a cloud of magical 'zen-ness'.

I was waiting for that very moment to write my first book. In fact I was also still waiting to feel like a grown-up, which still hasn't happened!

Luckily I decided that I had to get on and write the book even though I couldn't find that secret sauce recipe I was looking for. By the time my book came out, I had realised that the secret sauce is being truly who you are.

At the last 'I Can Do It' event in London I asked Hay House authors did they still have any limiting beliefs and with a gleaming white teeth smile, they told me all about them in this film. Thus proving what the whole weekend was all about 'You really can do it...' even if you have secret sauce staines on you teeth! www.beckywalsh.com

Becky Walsh has been a teacher, speaker and workshop leader in the field of intuition and spirituality for many years. She is the author of three books including the Amazon bestseller Advanced Psychic Development, and writes for many magazines Continue reading