How To Raise Children To Become Self-Actualized People

How To Raise Children To Become Self-Actualized People

Editor's Note: One of Dr. Wayne Dyer's most common recurring themes in his books and speaking events was his love of all children, and having 8 of his own, there was always a story to tell. This Father's Day we thought it would be appropriate to re-publish this article from a previous year which illustrates both his fascination with children and his remarkable insights into parenting. 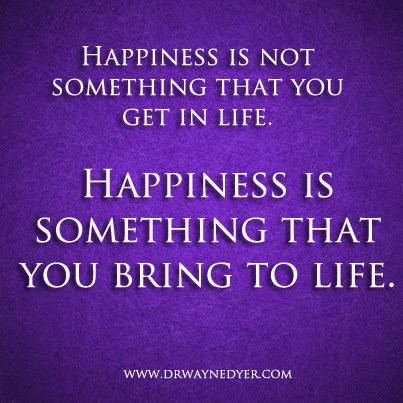 In the summer of 1985, my life is increasingly full of sharing the responsibilities of parenting children of various ages. I am 45 years old and the father of three small girls, as well as three older children. My wife, Marcelene, and I have had three babies in the past four years; my daughter Tracy is now 18; and we have two preteenagers to raise. This is an awesome responsibility that on the one hand I think of as meeting my kids’ lower-rung needs on Maslow’s hierarchy—that is to feed, clothe, and provide them a safe place to grow. But on the other hand, I’m also here to assist them in achieving their highest needs in that little compartment at the top of Maslow’s pyramid called self-actualization.

I’ve been polling audiences at numerous speaking engagements during the past year asking, “What do you really want for your children?” The idea of writing a book about parenting behaviors specifically pointed toward raising no-limit children to become self-actualized adults has become an intriguing subject. Parenting is the place where this transformation could take place.

It seems to me that many parents are pushing their children in the opposite direction of the apex of Maslow’s pyramid. So many children are taught to live by the demands of their ego—to win at all costs, to accumulate and own as much stuff as possible, to define their lives on the basis of how they stack up to others, to make as much money as possible, and to put a monetary value on everything they do. The results of these kinds of pressures on children show up in personality disorders, obesity, physical illness, anxiety and stress, and emotional instability. 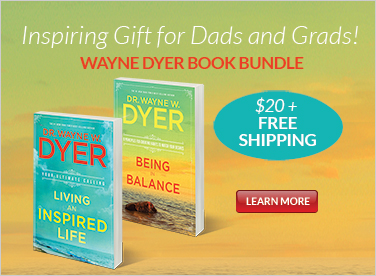 My agent, Artie Pine, has just arranged a contract for two future books. While discussing this new contract with my wife and Artie, I tell them, “I feel compelled to write an extensive book on how to raise children to become self-actualized people.” I explore this idea further by describing that I’ve discovered that what parents say they want for their children is often at odds with how they actually raise their children.

I am totally into the writing of this new book. I decide to title it using the same inquiry I gave to thousands of attendees at my lectures during the past year or so: “What Do You Really Want for Your Children?” I am fascinated by the responses I have in my file. No one says, I want my children to be wealthy, to be better than anyone else, to win at everything they do, to get a good job, to get the best grades, to get into the right schools, to look good to their peers. Yet, this seems to be how they’re raising their children.

I write for hours and hours every day, and I’m conscious of all that I say and do as a parent. My wife and I have long conversations about what we truly want for our six children, and we often modify our own parenting interventions so that they more clearly reflect what we want for our kids. We’re determined to put into practice the idea of raising children who feel purposeful and live at their maximum level of happiness. I watch my son and daughters as they go about their daily routines, and I am in awe of the miraculous way that they interact with each other, with us, and with their world.

I want my children to enjoy life, to value themselves, to be risk takers, to become self-reliant, to be free from stress and anxiety, to have peaceful lives, to celebrate their present moments, to experience a lifetime of wellness, to be creative, and above all to fulfill their highest needs and to feel a sense of purpose. These qualities would make them self-actualized people—and these will be the individual chapter titles for this massive writing undertaking that has completely taken over my life. I write and I watch—my children and my wife are such wonderful teachers. They fill my heart with joy and my manuscript with ideas for how to raise children to live at the top of the pyramid.

I have long contemplated what it would be like to have children grow up in an environment in which their total well-being was emphasized exclusively, and the demands of the ego were set completely aside. This book is dedicated to the idea that I learned from Buckminster Fuller: that we are all geniuses—it is life that de-geniuses us. My goal in writing What Do You Really Want for Your Children? is to explain how parents can create a life environment that doesn’t de-genius children.

Children who are encouraged to become self-actualized, and see it modeled, will know that no one is superior to anyone else, and that these higher realms are there for all of us. It is a place where people are independent; comfortable being alone; reality-centered; and deeply accept themselves, others, and the world. As parents, what we really want for our children is to have them lead happy, fulfilled lives.

I Can See Clearly Now

Writing about raising children to become no-limit, self-actualized adults was the natural progression for me in 1985. I was in the midst of making a portentous shift in my life, and consequently it was being reflected in my writing and speaking. I was in the early stages of a spiritual awakening. Much of this had to do with my marriage and the continuing presence of more and more children arriving in our family—by 1989, we had five new babies who were all born in the 1980s. It was no accident that I was being directed to write about parenting as more and more parenting responsibilities were landing in my lap.

The essential lesson I wanted to convey in writing this parenting tome involved self-reliance. I’ve said it thousands of times, “Parents are not for leaning; they are to make leaning unnecessary.” This is the message that I was always attempting to convey to my clients in counseling sessions: Learn to rely upon yourself. As my family was growing, I can see clearly now that these young Divine beings were my teachers. Yes indeed, when the student is ready, the teachers will appear!

As I finished writing What Do You Really Want For Your Children? I began to include many references to higher needs, spiritual awakening, and God. These topics hadn’t appeared in any of my previous four books. The birth of my children, my marriage to a spiritually awake woman, and my own development as a teacher examining these spiritual principles on a daily basis were all pulling me in a new direction. I was moving toward the mystical, the mysterious—the realm of higher and higher consciousness.