How To See The Aura With Reiki

How To See The Aura With Reiki

Reiki master Torsten A. Lange shares a technique for making the aura visible

We commonly associate the word ‘energy’ with higher, finer vibrations. Colour and light, heat and sound are all energy. Or look at your mobile phone. It rings, you answer, and you can talk to a person anywhere in the world without any physical connection.

When we think of energy, we tend to think of these examples. We can’t see the energetic vibrations involved, but we can see or hear what they do. And we rightly assume that they must be there.

Then we do the opposite: we see something and know where it is, but we don’t see what it does. We call this ‘matter’. It is solid, sturdy, reliable. (Interestingly, this judgement even made it into our language: something that matters is important.) House, car, cheesecake – all fall into the category of matter. 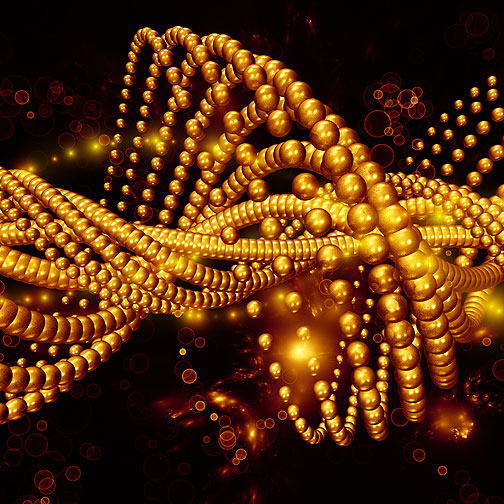 What is the connection between energy and matter? We can see this in action all around us. There might be a tree outside our house, for instance. And a tree (matter) needs nourishment to grow: soil, water, sun (energy). This is our comfortable way of perceiving the world. We categorize everything around us; we give it a name.

But science tells us differently: everything is energy. Sound, light, our heating system … but also our house, our car and the chair we’re sitting on. Of course, we all learned that at school. We know it in theory. But have we actually internalized it? I certainly haven’t!

When I see a chair I think of matter. How could a chair vibrate, oscillate, move and change? Well, no matter what I think, it does. It’s only because its components vibrate so slowly and at such low frequencies that I perceive it as solid at all.

Our senses simply aren’t made to detect these slow movements. I love Einstein’s description of matter as ‘curdled energy’. So, the scientific approach to energy can be summed up like this:

*Everything is energy. (The entire universe!)

*An energy structure is always temporary. (Nothing is ultimately stable – it comes and goes.)

*At the smallest – the quantum – level, all energy is the same. (In other words, as there is only one basic ingredient, everything is connected.)

To make it easier, therefore, and more relevant for the understanding of Reiki, we could actually discard the word ‘energy’ and simply replace it with ‘connection’ and ‘impermanence’.

The physical and the energy body

So often when we look at the world, we see ourselves as slightly detached from it. ‘There is the world. Here am I. There is an outside (world) and an inside (me).’ And yet the concept that works for the universe can also be applied to the body. And here it becomes even more interesting.

First, there is matter: bones and flesh, blood and organs, all made up of billions of little cells. When we look into a mirror, this is what we see: a body. Our body! And of course this is also what we tend to identify with. The body in the mirror is who we are. We take great care of what we see, applying an abundance of creams and lotions to it, going to the gym and eating healthily, and even saying things like ‘I’m looking after myself.’

Occasionally, matter – the body, that is – causes problems: parts break, bruise or in various other ways don’t function properly.

But problems can also be created by other means. Every so often, for instance, we say, ‘I have so little energy’, ‘I feel depleted’ or ‘I’m exhausted’, even though nothing is physically wrong with us. What does this mean? The obvious: we also have finer, faster vibrations in our body, referred to as ‘energy’ or ‘life-force’.

In other languages and traditions this is called ki, chi or prana. And on this basis, an entire library of healing arts has developed, collectively called ‘energy healing’. Reiki is often classified as one of them.

Becoming aware of the aura

And yet for me, when I was first learning about Reiki, it was a complete revelation to see that there was more to us than the physical body – especially as the word ‘see’ can be taken literally! I’m sure you’ll find the following exercise just as fascinating as I do:

Exercise: How to see an aura

When we do this exercise on my courses, more than 80 per cent of the students see (not just sense) an aura around their fellow students. But even if you can’t see an aura at all, let me assure you that you have one. Otherwise it would be a corpse reading this book!

Fascinating though it is, seeing the aura isn’t fundamental to learning Reiki. Once we place our hands around a person in a Reiki treatment, we’ll become aware of the aura anyway. But it’s a fun way to start.

In the exercise we tend to see the innermost layer of the aura, which is one of seven. The further away from the body a layer is, the higher and finer its vibrations. The outermost layer extends to 1–2 metres (around 6 ft) at the front and back of the body, and about half a metre (11 ⁄2 ft) at the sides. (Just imagine how many people stand in your aura on a packed underground train!)

But the aura also changes – and grows with personal development. It seems to follow the equation: small ego = big aura. 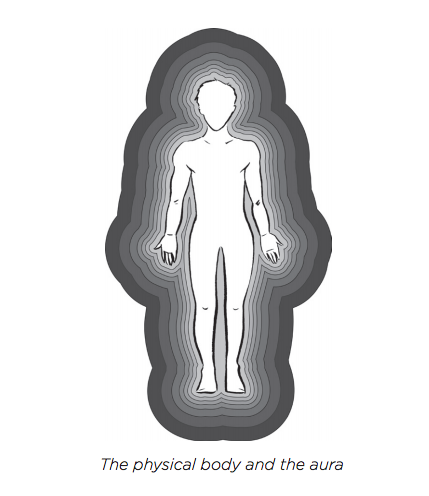 The auric layers surround the physical body in concentric circles, but they also interpenetrate each other, with the innermost being the densest (hence the most easily visible) and the outermost the finest. That means, the vibrational level of the seventh layer surrounds the entire body – and goes through it completely. And what is going on in the aura may eventually manifest in the physical body.

Summing it up, there is certainly more to us than what greets us in the mirror. We are a rather large ball of energy vibrating on various levels and holding plenty of information and potential.

Torsten A. Lange is the founder and principal teacher of the Reiki Academy London. Torsten is a Reiki Master/ Teacher of the Western Lineage of Reiki, as well as a Shinpiden (Reiki Master) of the Japanese Lineage. He trained with renowned Reiki Ma Continue reading