How To ‘Wire’ Self-Love Into Your Brain

How To ‘Wire’ Self-Love Into Your Brain

Editor's Note: David Hamilton has been one of our most popular speakers during the 2016 World Summit. It ends on May 26th, 2016 but you can sign up here to be notified when next year's Summit starts. 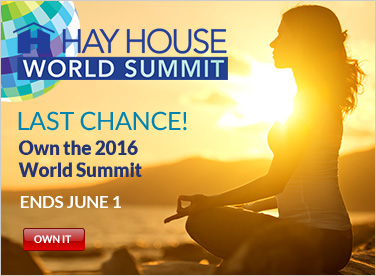 I think of self-love as an inner sense of your own worthiness and value. Despite the fact that we often think of it as such a difficult thing to learn, you really can wire self-love into your brain.

It’s based on the fact that your feelings are usually written all over your face. Here’s how.

You can instantly recognise a happy person by the genuine smile on their face. You don’t feel happy and then remember to smile. Smiling is a reflex reaction because the muscles on your face are connected to the emotional circuits of your brain. 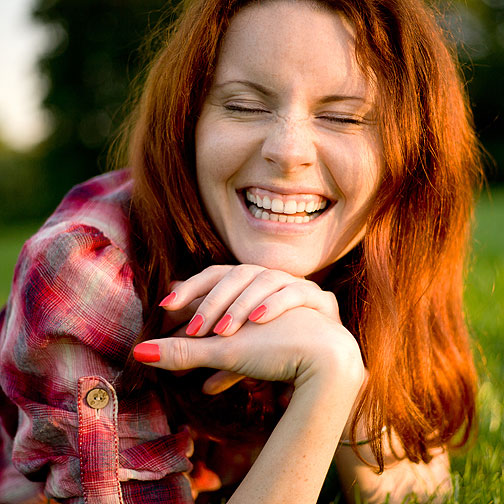 Similarly, you can instantly recognise a stressed person by the tension on their face. If you feel stress or frustration, the muscle between your eyebrows closes in, your jaw tightens, even your shoulders and neck tense. Again, you’re not remembering to do these things. They’re reflex reactions because the muscles that control these emotions are connected to the emotional circuits of your brain.

There’s a science known as ‘victimology’. It studies why people get picked on, all the way from relatively minor things like name calling, all the way up to violent assaults. Victimology looks for things that make it more likely that one person is attacked rather than another.

Of course, firstly, many attacks are completely random, but there can be a pattern in the ones that are less so. In a classic victimology study, researchers recruited prisoners from a New York prison who were incarcerated for assaults on strangers. The researchers invited the prisoners to watch videos of people walking down a busy street in New York. Then they asked them one question:

“Who would you mug?”

The average time it took each of them to select a victim was around 2 seconds. This tells us that there wasn’t much conscious reasoning going on. Their choices were mostly instinctual. And one thing that amazed the researchers was that their selections weren’t always logical.

You’d expect people to pick on others who are smaller than they are, perhaps older too, or female. Although this was true in the study, it wasn’t completely so. In some instances, a small female may be walking close to a larger man, yet they chose not to attack the woman and selected the man instead. Why, you might wonder?

It ultimately came down to the fact that their feelings were written all over the faces and were reflected in how they held and moved their bodies.

The body language of the female showed that she had self-confidence. It was reflected in the fact that her head was high and she looked straight ahead. She walked upright, her shoulders were relaxed, and her stride as she walked was comfortable and appropriate for her height.

The younger man lacked self-confidence as far as his body language showed. His head would have been slightly down, his eyes moving around more as if he was self-conscious and was scanning the environment around him for possible danger. His spine would have been curved a little, his shoulders risen and slightly turned forwards. His stride would have been a little short or a little long for his height, as if he was having to give attention to the act of walking.

Ultimately, you might say the woman had self-love but the man didn’t.

The prisoners in the study might have intuited that the woman would have given them trouble if they had attacked her, but that they would only have to say ‘Boo’ to the man and he would have crumbled in front of them.

Language is a relatively recent invention for the human species, recent in terms of how old our species actually is. Long before language, our ancestors communicated through body language and gesture. Wired into our brain, therefore, is a highly acute ability to perceive how a person is feeling by the look on their face or the way they hold and move their body.

OK, fascinating as this is, it also makes a lot of sense doesn’t it? What most people don’t realise, and this the secret to wiring self-love into the brain, is that just as our feelings are written all over our faces and in how our bodies move, so we can actually move our bodies in particular ways, on purpose, to actually create how we want to feel.

Let me say that again to emphasise the point. You can use your body to actually create how you want to feel! 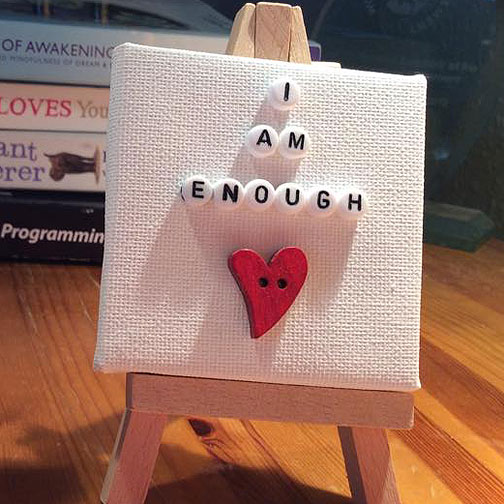 This was the conclusion of some exciting research led by Amy Cuddy, social psychologist and associate professor of business administration at Harvard University. She found that when people made adjustments to their posture, it rapidly changed how they felt, and not only that, but it even shifted their biology.

She then timed them standing like this for 2 minutes and measured levels of two hormones in their saliva at the start and after the two minutes were up; one hormone that is associated with self-confidence, self-love, even confidence to take risks, and the other being associated with stress.

At the end of the two minutes, levels of the confidence hormone shot up in those who did the power pose and stress hormone levels dropped in the group. Adjusting their posture to one of ‘power’ actually created a sense of inner power at the biological level.

The reason it works so quickly and so powerfully is because the brain knows what biology goes with each posture, facial expression, or body movement we make and continually adjusts our biology throughout the day to what our bodies are doing. We simply don’t realise it’s happening.

Cuddy went further with the research. She then wanted to know if that shift in biology towards confidence would be carried into everyday behaviour, actually making people more confident inside, so she set the volunteers the stressful task of having to give a presentation to a panel of experts.

Just before each volunteer entered the room where they were to give their presentations, she asked them to either do a power pose or a ‘weak’ pose (a closed in posture). The panel then assessed the quality of each person’s presentation, scoring for apparent confidence, fluid speech, eye contact, how often they used their notes, etc, and other measures of speaking quality.

Posture made a huge difference! Those who did power poses easily scored the highest marks and those who did the weak poses scored the least. And remember, the only difference between the volunteers was how they held their body for only two minutes just before they gave their presentations.

OK, so here’s how it’s related to self-love. When I wrote I Heart Me: The Science of Self-Love, I wrote it because I was deeply lacking in self-love. Despite the fact I’d written 7 previous books, my self-love level was low. Power Posing every morning for 2 minutes became my spiritual practice. In addition, I simply noticed my posture and body language several times throughout the day and adjusted it to reflect self-love.

In other words, as often as I could remember to, I stood and walked with an inner sense of my own worthiness and value. Through doing this, I made huge gains in self-love. The practice gave me a feeling of confidence and value inside that I had never known before.

The reason is works like this is because consistent muscle movements directly impact the brain. Making a new set of movements actually wires the brain differently. 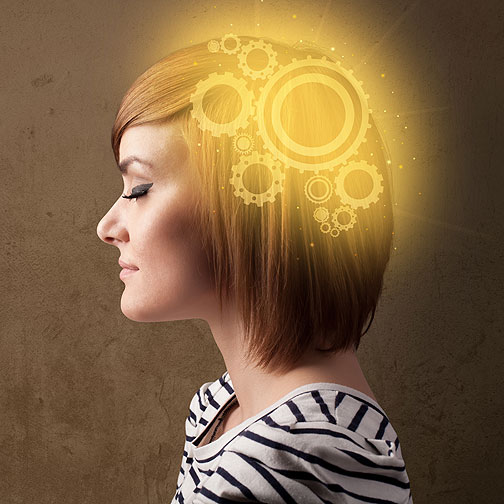 We know this from research in ‘neuroplasticity’, which is how the brain changes in response to learning, movement, and thinking. Research at Harvard University saw volunteers play a repetitive series of 5 notes on a piano with one hand for 2 hours. They had their brains scanned each day for 5 days. By the 5th day, the region of their brains connected to the finger muscles had grown in size by around 30-40 times. In other words, the brain wires very extensively and very fast when we do something consistently.

And here’s the secret to using this fact to ‘wire’ self-love. There is absolutely no difference as far as your brain is concerned between making consistent adjustments to your posture and plonking notes on a piano. A tweak to a muscle is a tweak to a muscle!

Making consistent adjustments to your body where you stand up straight, walk tall and comfortably, drop your shoulders, relax your face or even smile – all signs of self-love – actually wire those movements into you brain. And it happens much faster than you’d think. We often assume it takes years of therapy or self-help work to create a sense of self-love, especially if we’ve lacked it for so long, but I found that I made huge gains in just a month or two.

To be honest, how long it takes to ‘wire’ self-love into your brain depends on how often you practice.

Some research suggests that it takes around 21-66 days to properly wire something into the circuits of the brain. The reason for the big range is that it really depends on how determined you are and how consistent you practice.

If you practice often, wiring is quicker.

So if you fancy doing some self-love wiring, just remember your posture and make little adjustments as often as you can in how you stand and walk, so that your body is saying something like, “I am enough.” 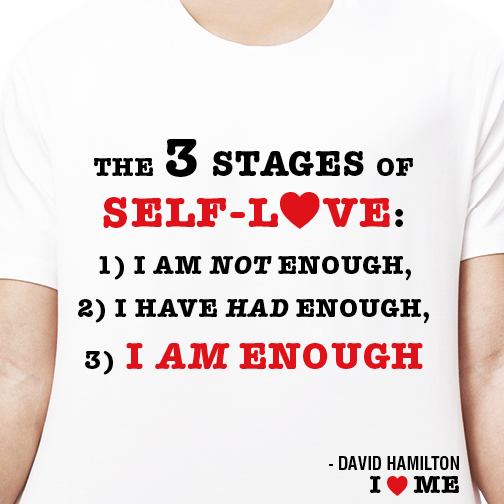 And just as surely as your body voices this through it’s action, so your brain will hear and get to work building that sense into its circuits, and hopefully, before long, you’ll feel better about yourself than you have in years. 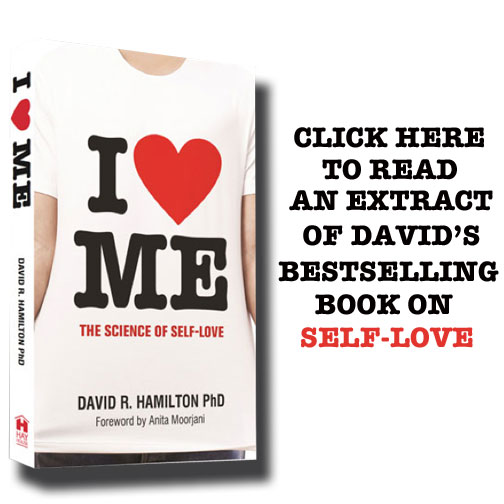 David R. Hamilton acquired an honors degree in biological and medicinal chemistry, and a Ph.D. in organic chemistry before working as a scientist in the pharmaceutical industry for several years. His research into the mind-body connection ultimate Continue reading