Mastin Kipp On His Journey From Narcissism To True Self-Love

So here’s this twentysomething kid in early recovery and fresh off of Adderall who thinks he’s a badass spiritual guy because he’s read some books. It was a recipe for disaster, and disaster came. And once again in one of its most unfortunate forms: success.

Once you commit to a path and take action, things start to change. Said another way, when the Uni-verse knows you are serious, it starts to move into action right along with you.

This does not, however, mean that there will not be pain—and I mean a lot of pain. That’s what the crisis-to-Grace cycle is about. I wanted so desperately to follow my bliss, and I’d taken the first steps—firing all my clients and starting a new record label. Yet I still felt like a blind man trying to walk through the streets of New York City; I had no idea which way to turn and I kept bumping into things. Bliss was my new compass, but it seemed to be shrouded in fog. I guess the fog had been there all along, but now I was aware of it. As a former music executive in Hollywood, I was used to hobnobbing with celebs and traveling the world. Now here I was, down on my knees trying to feel my way.

The pain of crisis is a natural part of the waking-up process. There are two kinds of pain that I’ve seen: the pain of staying asleep, and the pain of waking up. When we stay asleep—or choose not to examine our lives—pain is inevitable. An unexamined life will always bring pain because we’ll spend most of our time avoiding that which is uncomfortable. All the while we create more and more discomfort for ourselves because we’re not aware of the consequences of our actions. If we choose to wake up, on the other hand, we must face the pain of our wounds. But once we start to see—and then Love—our wounds, once we become aware of how they got there, that pain turns to joy. Every feeling, fully felt, is joy.

The pain of staying asleep is the story of all addicts and all those who live unrealized dreams.

Waking up, on the other hand, requires us to embrace short-term pain to create long-term joy. It’s the harder path. It’s a rare path to follow, because none of us wants to consciously cause ourselves pain. But we must feel pain if we are going to awaken. And I was feeling a lot of it.

So I did what I always do when I’m lost and need help: I prayed. My sincere prayers were, “Thy will be done” and “Show me how to follow my bliss.” There was a long period where no answers came. 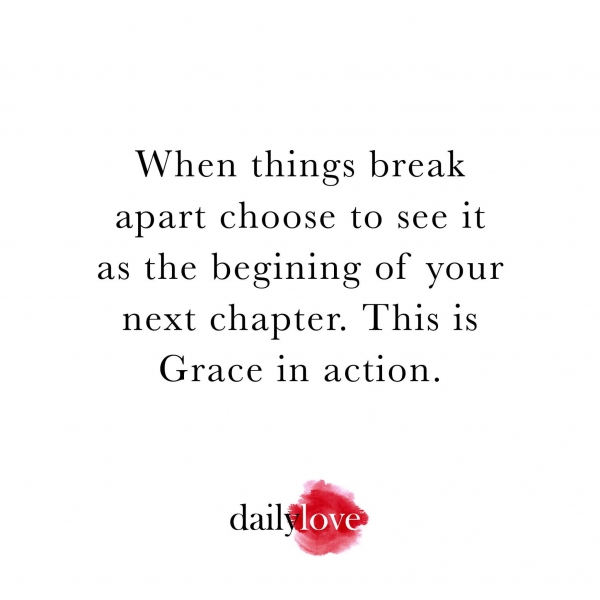 I’ve actually come to believe that while we are in transition from one phase of life to another, we sometimes get lost—on purpose. Sometimes there is a Divine fog placed in our path because we aren’t supposed to know the best step. We aren’t supposed to have clarity. We’re being taught how to relax control—to stop holding on so tightly.

During this Divine fog, it felt as if all the power I once had was gone. I felt truly powerless for the first time in my life. It’s no surprise, then, that one of my addictions showed up again with a fury.

I had been off cocaine for a while, but I was still taking Adderall, which is basically legal speed, and is often prescribed for attention deficit disorder. But even though it’s legal, cheap, and socially acceptable, as far as I’m concerned Adderall is just as destructive as cocaine.

I had started using Adderall while I was still in the music business, because I liked that it helped me focus and get things done. But even after I had fired all my clients, I was still on it. I was feeling like shit for taking it, but if I didn’t I felt tired and bloated all day long.

As I started down the path of finding my bliss, I felt this deep knowing that I had to come off the Adderall. But I wasn’t ready yet. I had been on heavy stimulants for years. Who would or wouldn’t I be without it? Without my drug, how would I create? Those questions scared me to death. But I knew I had to face my greatest fears. So a few months after I fired my clients, I decided to stop Adderall cold turkey.

It was rough, and I went through withdrawal for a long time. I had no energy and I slipped into a depression. I quickly transferred my addiction from Adderall to food, and started eating anything and everything in sight. It was a step up, but not one I could sustain for very long. I was praying for help. Thankfully, as happens with the Divine, help arrived.

I was looking for more Caroline Myss material on the popular media player when I saw that “Other people who bought Caroline Myss also bought Wayne Dyer.” I had never heard of Wayne Dyer, but I was intrigued by the name of his book, The Power of Intention: Learning to Co-create Your World Your Way. I liked the sound of that. I didn’t know what “co-creation” was, but making my world my way? That sounded good to me. I bought The Power of Intention on audio; I’m dyslexic, so it’s almost impossible for me to read for any length of time—let alone retain the information.

I hung on every word Wayne read. This book summed up, in a practical way, the new belief system I was forming. I must have listened to this book 20 times that first month. It was just on, all the time. While I was working, while I was showering, when I was in the car.

Wayne’s voice was the voice of a loving father. He didn’t seem quite as on edge as Caroline. I remember when I heard him say, “You are one of those manifestations. You are a piece of this universal intelligence—a slice of God.” It totally blew my mind.

Even after getting familiar with Joseph Campbell’s work, I still couldn’t get my head around this. How could I, this little tiny person, be a piece of God? That seemed so ridiculous. Impossible. I might even have called it blasphemy. Because growing up it had been drilled into my mind that God is God and I am me. We are separate, and I am a sinner who is barely worthy of God’s Love and forgiveness. To go from that mind-set to being a “piece of God” was a leap, to say the least.

But I remembered my Bible and a line from the Book of Luke, Chapter 17 (KJV) that’s not quoted often enough in Christian circles:

So maybe I was a part of God. Was it possible that all this time I’d been a fish searching for the very water he was swimming in? Was I already inside of God, and not able to see it?

I wasn’t sure, but I was willing to test-drive the theory.

Loving yourself, I had now heard from both Caroline Myss and Wayne Dyer, is required for any transformational process. I was ready to set aside my previous approach— abandoning myself to put the interests of my clients first—in exchange for self-love. The problem was I didn’t yet understand the difference between self-love and narcissism. So rather than doing the work to genuinely love and appreciate myself, I adopted a toxic mix of self-centeredness, entitlement, and arrogance—in short, putting myself first in all my affairs. I didn’t realize that there is a middle path—a place where self-love and serving others meet. Instead I got on board with “narcissism” and it took me for a ride. I went from thinking God was fully outside of me, to thinking God was fully within me. In fact, I started to think that on some level I was God, not a piece of God (as we all are).

It was a total ego trip. I didn’t have a messianic complex, exactly, but I thought I was more powerful than I had previously imagined. I had stepped into the land of the spiritual egoist—that is to say, someone who has read a bunch of books and learned a new vocabulary—but whose consciousness has not yet changed.

I thought I was special because I could throw around words like intention, archetypes, and chakras. I started judging others as being “less spiritual” than I. It’s true that when you step onto a spiritual path you tend to get a new peer group.

But when you judge others as being less than, the joke is on you.

Read more about how I finally found some humility in my book, Daily Love.