Living Outside Your Own Limits 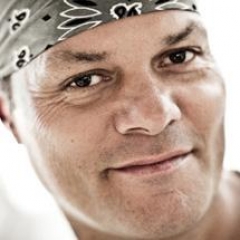 At a certain point in the early days of my yoga practice, I realized that I lived my life in a box. As someone who was committed to success and growth, I would persistently explore the opportunities and various pathways to better myself and my life, but only within the limits of that box.

I would even explore the different outer edges and the corners of the box, but still I was limited to what’s available inside the one box I called my life as I know it. 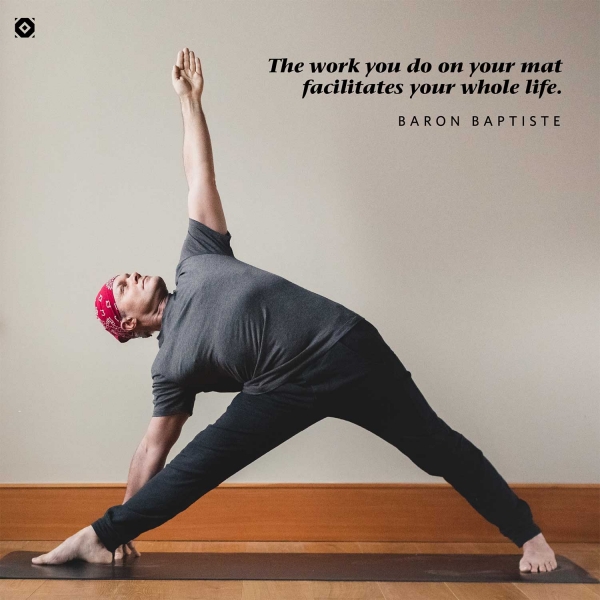 I realized that yoga practice is about creating new boxes for yourself that contain as-yet-unseen possibilities for elevating the quality of your life.

Typically people bring themselves to yoga to get fixed . . . to get rid of their problems . . . to get happy. And I saw that I was one of those people, too.

By all appearances, my life and asana practice looked pretty good, but way down deep I had a fundamental belief that I wasn’t okay.

I felt there was something wrong with me, and this disempowering belief was the lens through which I viewed all of life. Skillful at wearing masks, I hid this deep, dark, dirty truth about myself from everyone. 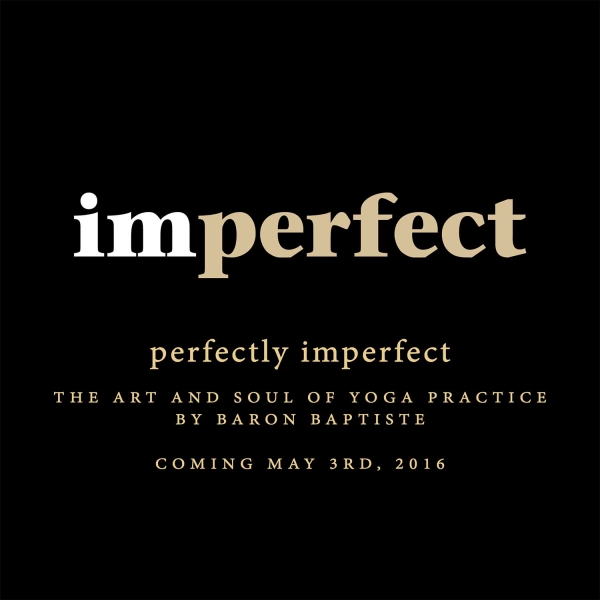 The mystery and challenge of yoga is that much is discovered through a rigorous physical practice, yet its greatest power lies beyond the realm of the body. Yes, at its most basic, yoga is a series of physical poses, but a practice aimed solely at physical thresholds is limiting. You might be strong, or flexible, or able to stick a beautiful handstand in the middle of the room, and that’s fulfilling and impressive on one level, but ultimately, so what?

I love the feeling of being strong and in shape as much as anyone else. But as I’ve learned, it’s incomplete. Having a masterful yoga practice is about creating a whole new paradigm for yourself as a human being—not just a human body.

The work you do on the mat facilitates your whole life.  As you transform on your mat, you transform your vitality and your viewpoint. It’s the same you, in the same body, against the same landscape of life, only you have a new vantage point.

As you transform yourself as the seer, everything about how you show up in the world— and how the world shows up for you—is altered.

The ultimate goal for any yogi is to make the highest call at each step. We do this by creating what I call true north alignment—the state of holistic integration in which your body, mind, breath, and life energy are wholly united and aimed into your greater purpose, much like a compass pointing in the right direction. In true north alignment, you access your innate wisdom to know when to dig deeper and ask more of yourself, or when to practice the art of “let it be.” You dance with what is and face what’s coming up for you in this very moment, and wake up to what’s possible. And, when you discover your attention and energy has drifted away from your true north, you simply bring yourself back and begin again, as often as you need to. This is what it means to have a powerful, life-transforming practice.

In my youth, I would often surf underneath the Golden Gate Bridge in San Francisco. Sometimes the fog would move in and completely obscure the bridge, making it appear as if the bridge did not exist at all. Then the wind would pick up and blow the fog away, and suddenly the enormous beautiful Golden Gate Bridge would re-appear.

That’s exactly how the practice of yoga has worked for me. Whenever I get lost in a personal fog and have the experience of losing myself and my inner true north, the practice has been like a cleansing windstorm that would dissipate the fog and reveal the inner knowing that’s inherently there within me, re-grounding me in what’s true. I like to call this experience trueing up.

You already know what you need in order to live an extraordinary life that you love. That knowledge is within you. Perhaps obscured, but it is still there.

In many ways, yoga is a practice not of building, but of uncovering. It is the ultimate excavation tool for the soul.

Baron Baptiste's popularity as an international presenter and best-selling author is exemplified by his creation of a wildly popular yoga practice that is without boundaries-a methodology for personal revolution. Continue reading