How Your Beliefs Affect Your Weight

How Your Beliefs Affect Your Weight

A Unique Way To Take Weight Off For Good 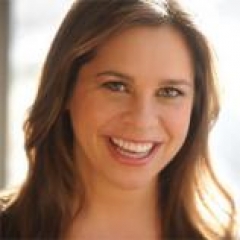 Louise Hay sums up the relationship between beliefs and experiences perfectly in her book You Can Heal Your Life - “No matter what the problem is, our experiences are just outer effects of inner thoughts.” In other words, experiences are reflections of beliefs. To put it another way, your beliefs are your blueprint for the world.

If you have a negative belief like “I’m not good enough,” you can’t feel happy or experience real pleasure. Believing that you’re not good enough (or that you’re not beautiful/smart/strong enough) is like giving yourself a life sentence; it leaves no room for any other possibility. With that belief in mind, you unconsciously look for evidence to support that belief and take action (or refrain from action) that supports it. You interpret events in ways that support the belief even when it causes you pain. You also unconsciously seek out or are attracted to people who give you the kind of negative feedback that “proves” your belief.

The idea that beliefs create experience hit home for me one day several years ago when I shared with my friend Brenna what some guy had randomly said to me: “You’d be cute if you lost some weight.” It was yet another cruel and unsolicited comment about my weight, and again I was devastated. Knowing my history of being a target for comments like this, she looked right at me and said, “This is not normal, Jess. People don’t say mean things like that to most people.”

As I thought about what she had said, I realized that I had been holding on to a belief in my body that I wasn’t good enough. For years I’d been unconsciously attracting and seeking out people who confirmed that belief. I also found myself rejecting and playing down compliments and only focusing on the times people told me I wasn’t good enough.

When I began tapping on my belief that I wasn’t good enough in my current body, I was able to clear the emotions and stress response this belief had created in me. It didn’t happen overnight. I had to break down all the different events I was using as proof that the belief was true.

What began happening in the weeks and months that followed was amazing. I started to gravitate away from people who were judgmental and negative and toward relationships that supported the new positive beliefs I had created about myself. My entire life soon began to transform, and the weight began falling off faster than it ever had. And it all happened without focusing on weight loss or feeling deprived. Because I had created a new belief that allowed me to love myself, I was naturally making better decisions and no longer needed dieting and extreme exercise to lose weight and punish my body.

Instead, I could trust myself and my body and still lose weight—and that is exactly what happened. I see this same pattern repeat itself again and again in my clients. They’re amazed by how easy weight loss feels once they’ve used tapping to change their beliefs about themselves, their bodies, and their weight loss journeys. To learn more about using tapping to lose weight and feel better, see my book,Tapping Solution For Weight Loss & Body Confidence. Below is a video I made for Shape.com also where I demonstrate how to tap:

Jessica Ortner is the producer of the breakthrough documentary film on EFT/Meridian Tapping, The Tapping Solution. She had lead over 3,000 women through her revolutionary Weight Loss and Body Confidence online program, and is also the host of the Continue reading