Confessions of a first-time conference speaker. 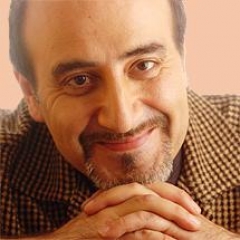 I did it! I did “I Can Do It!” and survived. What a remarkably surreal time. Each day had its magical moments, most of which did not come as a result of any activities from the conference directly. The magic I felt came from the amazing friends and fans who came out to support me.

You have to imagine what a small fish you feel like as you arrive from the airport and are greeted by a stranger who knows your name. You try desperately to take it all in as they drive you past the giant convention center and show you the throngs of people that may be coming to see you.

As we made our approach to my hotel, I was officially in a state of mild shock. The rest seems a little vague as I checked in. (Wait, I never checked in, I was escorted to my room and given a key.) I just wanted to lie down for a moment. Over time, my mind was given enough rest to begin its descent upon my personal self-esteem. It was very apparent that I would soon be speaking to a room full of strangers! That night, I set the alarm for 3 a.m. and would wake up, slap my face, stand up, and talk to the beds; like literally rehearse my workshop over and over and over until at one point I awoke from the bottom left corner of one of them.

My first event on Saturday was to hear Louise Hay and her wonderful opening keynote. She mentioned me! Then I had to get prepared for a live studio interview with Sonia Choquette. I met Denise Linn and Dr. Brian Weiss all the while wrestling for the answer to “What the hell am I doing here?” But I kept going. At one point I realized that the moon would be in Virgo and was horrified because people tend to be really critical under that moon, but I got over that one the moment I realized that no one is as critical as me. So I can take it!

The week before the conference, I went to Tiffany’s. I spilled my coffee in the store, but that’s another story. I was there because I wanted to get Louise a tiny trinket more as a gesture than serious jewelry. Well, I wanted to give it to her in person to thank her for all she’s done for me. At the conference, there was this moment where Louise and three women were walking extremely fast down the far right of the room. My friends (later dubbed “The Entourage”) scream, “Mark, there she goes.” Without missing a beat, I charge after her and so as not to scare them I yell, “Louise, it's Mark Husson.”

Louise stops and turns toward me and invites me to her with outstretched arms. It was like a scene from a movie. I run to her, gently hugging her and whisper in her ear, “I adore you. Thank you for all you’ve done for me. Please accept this gift as a small token.” She did. I wanted to float to the moon. Then, squeezing my hand tight, she said, “You are coming to the Author’s Dinner tonight.” I know it sounded like a question, but it was clearly a command. “Yes,” thinking now I have to buy another freaking suit. “I'll be there.”

I went to the Author’s Dinner, but believe me when I tell you I even RSVP’d “No” when they asked just a few days before. But for Louise, I turned it around. I'll tell you about that event another time.

Thank you for indulging me and my story. It was life-changing in many ways.