The sweet truth about rejection. 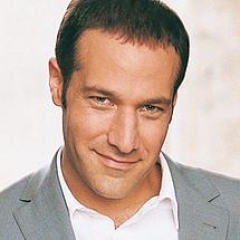 When I was in advertising, I was working on a commercial for a top burger chain that I can’t mention, because I don’t need any calls from their lawyers.

Anyway, I walked into this editing session, and all the ad people were having this huge yelling and screaming match, because for their commercial, the pickles weren’t big enough, the burger looked a bit small in comparison to the tomato slices, and if some genius didn’t fix it, then for God’s sake, the onions would be really overwhelming. I bit my lip so as not to laugh, but my impulse to chuckle was short-lived, because I then heard a few words I’ll never forget.

Some blowhard yelled, “And the music sounds like something Elmer Fudd wrote in his spare time!”

Yes, it’s okay to feel my pain. I can still remember that feeling. It’s when your stomach drops a few hundred feet, your heart starts doing an internal mambo, and your head begins to ache, even though you’re not the type to get migraines.

But the insults didn’t stop there. The same putz went on to say, “The music is too cute. This isn’t a cartoon!”

The ad people were ruthless. My theory is that they’re so “up front” because they really would rather be writing music or books, but their fancy offices and designer ties seem to give them a license to wield their frustration as a superpower. They’re the kryptonite to your Superman. And if any ad execs are reading this book, I’m sorry. Of course, I don’t mean you. Just your colleagues.

When I first started writing jingles, I often heard these words: “Jim, we really hate this!” Actually, in many ways, it helped me. Every bit of rejection added a sort of Teflon coating to me. It’s true what they say about developing a thick skin. Now if I walk in to my record label, I’ll look around the room at these music bigwigs and say, “Hi, you guys. When I say this, I’m actually serious—tell me what you think of this song.”

There are a few bits of encouragement I can pass on here. And I say this from my heart.

First of all, if you’re rejected, please don’t give up on your dream. I had a friend who was a photography student at a major university. She was a great photographer, but a certain “top” professor simply didn’t like women. He gave her a tough time all semester, until she ultimately changed her major to business. She completely gave up and allowed one opinion to crush a lifelong dream.

If I would have given up every time someone told me I’d never make music professionally, I’d probably be sitting in some ad exec’s office today, hearing, “Your music makes the hot dog feel less significant than the mustard.”

Singer Richard Marx was turned down by 12 record companies before he had an international hit record. Sylvester Stallone was told by most of the major studios that Rocky was a dumb idea for a movie and no one would ever go see it. It won an Oscar for the best picture of 1976.

The point is, there is no right and wrong—it’s all up to interpretation. You may like licorice; I can’t stand it. You may like Madonna; I’m not into her. I like sweet; you may like salty. Fruity, forget it—but I know there are people who savor those sour-apple candies. Give me chocolate M&Ms.

But it’s still cool that there’s a variety of foods that will clog your arteries and ruin your teeth. Obviously, everyone has different tastes. And someone rejecting you on any level —professional, personal, or snack food–wise—can be dealt with in a simple way. They don’t share your same tastes. Period.

Some people at my record company are always on me. They’ll say, “Jim, we think you need a hipper image. We don’t really like hearing you tell the story onstage about how you learned to play piano on a piece of felt before your mother could afford to buy you a real instrument.”

So I changed my act. I started skipping the felt story. Then after the shows, I’d be talking to fans backstage, and over and over again, I’d hear, “It was a great show, but how come you didn’t tell the felt story? I told my husband, ‘Wait till you hear this part about how he learned to play music.’”

In everyone’s life, you’ll hear, “Well, we just don’t like such and such.” I suggest you hit these cynics with a simple response. Just say, “Okay, what would you prefer?” I bet you’ll hear these words, “Well, I dunno.” And then say back to them, “Well, until you do know, I’ll continue to do it my way.”

You can be rejected for so many things: You’re a bad cook or a sloppy kisser, which brings me to critics, whom I’ve saved for the end of this story. Talk about rejection. I’ve read: “Jim’s music is so syrupy.” Or this is a good one: I recently got slammed by a journalist (of course, my mom cut the review out of the paper and sent it to me). Suffice it to say, it wasn’t kind, because the scribe wrote: “Jim Brickman does the most vanilla music I’ve ever heard in my life.”

I’m like, I love vanilla! I put vanilla in everything. I even put it in my protein shakes. I have vanilla candles. I know a lot of people who love vanilla, too.

My take was that it wasn’t a criticism of me—it was an endorsement for vanilla lovers everywhere. . . .

Jim Brickman is one of America’s hottest new pop stars. His dazzling piano artistry and clever songwriting skills have led to sales of more than three million albums. Hits such as “Valentine” and “The Gift” have helped build his reputation as America Continue reading

How To be Nice And Loving Without Being A Pushover

When you encounter a person who’s ego-focused, you

The Spirit of George Washington

I remember a retreat I was having not too long ago

Tips To Get More Energy & Cut Out Energy Zappers

IN YOUR LIFE, there are people and patterns that d

Give What You Get

TO OVERCOME THE FEAR of making mistakes, aim for s

The Condor and the Eagle

Among the gifts that Native Americans bring us is

When I was in advertising, I was working on a comm