It’s All in the Pen

It’s All in the Pen 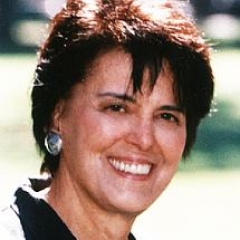 When people ask what my profession is and I reply “I’m a handwriting expert” - immediately their attitude becomes standoffish. If they have a note in hand that they’ve scribbled, they thrust it either behind their back or into a pocket - and I laugh:

No! I reply. I don't teach penmanship nor do I analyze handwriting. I guide people in adopting handwriting patterns that bring out the best in themselves, and give them the ability to live a life they love. No judgments involved!

The most common response is this: But you haven't seen MY handwriting; it's absolutely atrocious! Atrocious is the adjective I hear most often; illegible is the second most popular. My reply is standard and completely sincere:

There is no such thing as good or bad handwriting; rephrase your description and call your handwriting casual.  People laugh, shoulders relax, and when I ask to see what they've written, although they may hesitate at first, they hand me the piece of paper that's filled with their casual script.

I don't mention the attitudes I see reflected in their script; they already know what they are. Instead, I point out a few letter formations that they might consider writing differently. I explain a little about the letter and why they might want to modify it - then I end with the comment I use to begin each professional presentation:

Don't believe anything I tell you about the letters; belief can change in a thought. To discover the transformational power of these letters, pick up your pen and begin to inscribe them.  Once you've done this consistently, you will know... for truth lives in experience. It's very exciting!

What will happen if I do as you say, and begin to cross all my t's on top - or stop putting inner loops in circle letters? What difference will it make if I stop writing in all printed capital letters?  Or,  or,  or, or?

My reply to any question like this, again, is direct:

I don't know what will happen, because I don't live in your brain...but I DO know it will be positive and put a smile on your face!

If the writer is curious enough and wants to know more, I go on to describe how the subconscious mind works. Since you, dear reader, may be curious as well. Let me explain. God makes things so simple...

Look around. It's not what HAPPENS to us that shapes our self image; it's how we INTERPRET what happens to us. Each of the Vimala Letters is designed to access soul-based energy. In other words, when you write them, you are releasing self-limiting thought habits, and  you begin to interpret life from a non-judging, Spirit-based attitude, and shape your self-image from that revitalizing place.  In scientific language, what happens on the physical level is called cortical remapping or neuroplasticity. In plain English, as you change the way you write, you are telling your mind how to think, the subconscious obeys, and the neurological patterns in the brain realign themselves.

Ponder this if you will: Everyone who has ever been born, entered this earth plane with a specific  interest of some kind - and that means you - whether it be mountain climbing, artistry of some sort, creative writing, designing statuary, astrophysics, landscape gardening, linguistics, inventing devices for general use...and on and on. Me? I was born with an utter fascination with the letters of the alphabet.

Through the years, what held me back from openly expressing my love of the Alphabet was ridicule. How do you know? It isn't in any book.  I've never heard of such a thing.  Boy, that's really dumb. You always think you know more than anybody else  - were statements that kept me silent. Yet in my heart of hearts I knew that the way we shape the letters is a reflection of how we feel about ourselves. If something has been holding you back from fully alive expressing YOUR fascination, there's never been a time like now. Read on...

It took me many years to share my inner knowing openly about the alphabet. The first time I dared was in my Freshman Logic class in college, when we were studying Aristotle's syllogisms. Fascinated with their clarity, I memorized many of them. Our professor, Sister Rose Emanuella, gave us a homework assignment of writing our own syllogism, modeled after the ones we had studied. That evening as I sat at my desk, my mind resisted echoing Darapti, Felapton, and friends, and it pushed my pen across the page creating a syllogism-of-sorts modeled after sequential logic, not the customary syllogisms we had studied. I doubted that Sister would question my modified syllogism because she was known to be open to the unusual, greatly admired those she called original thinkers, and loved to challenge them with: Show me your proof.  So I plunged ahead. This is what my pen wrote:

Since each stroke of the pen reaffirms a thinking habit,

and each thinking habit shapes our self-image,

and self-image is the lens through which we see life,

and how we see life determines our behavior,

if an alphabet were designed

that exhibited only the noblest human qualities,

After Sister returned my (ungraded) paper she called me into her office. Rather than chastising me for not following directions, she asked a few pertinent questions then said, Well, dear. What you have written, although it certainly is not what I was looking for, is perfectly logical and follows the Aristotelian way of thinking. I'm giving you an “A.” Now I ask of you: What are you going to do to implement such a writing system?

Although it took many years and mountains of research, the Vimala Alphabet was my response to Sister's invitation. A researcher by nature, I dove into the study of alphabets ancient and modern, which opened the doors to philosophy, mathematics, linguistics, and metaphysics. Through this I came to the realization that our Roman Alphabet is not just a series of letter shapes, it is a prolonged prayer from beginning to end, emanating from and returning to our soul. In alphabetical terminology, this is called a cabala, or mystical teaching handed down through the ages. The truth of this statement is further proclaimed in a declaration from classical Sanskrit: Na vidya matrika para  or There is no knowledge beyond the Alphabet. And so it is.

God makes it so simple, so basic, and we human beings complicate it so!

1) The way you write reflects your self-image.

2) Each of the Vimala Letters reinforces your noblest soul self, your true gifts.

3) By adopting the Vimala Letters as your chosen writing system, your self-image will come alive with who you really are—who you've been hiding all these years—and your unique gifts will then be able to help heal the world!

If you're absolutely determined to become unstuck and crack open your future in a positive way that taps into who you are at the most profound level, these tools are designed to do just that:

Transform Your Life Through Handwriting - a kit with Guidebook, blank journal, a deck of Alphabet cards, and two CDs in which I speak about each letter. Oh my word—this was such fun! I also mention the Guardian Protector of each letter, and the gemstone whose energy it reflects.

Your Handwriting Can Change Your Life - I wrote this as a do-it-yourself text. Basic, easy to follow, and loaded with valuable information.

Character-building Through Simplified Handwriting - If  you have children, this book is superior!  Start the children of with a solid sense of self-esteem - and they won't need therapy later on!

Vegetarian Meals for People-On-the-Go - Simple to prepare recipes that take little time in the kitchen and have your family asking for Seconds please!

When you order the book here,  I'll tuck in my organic gardening pamphlet for free. Some of you already know that I've been an organic gardener since I was four years old...a LONG time ago! If you're here today, Hello my Gardening Angels!

For more about The Vimala Alphabet, you can also visit our Facebook page.

A dynamic speaker and workshop leader, Vimala Rodgers brings to her presentations a vast knowledge of her subject and a warm enthusiasm for people. Continue reading