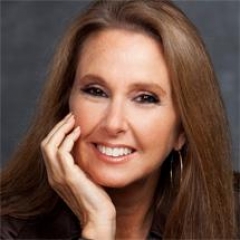 The idea to create Good Deeds Day came to me one morning when I was walking on the sand dunes in Israel, on one of my usual early-morning walks. I thought, Why not set aside one day each year where everyone is encouraged to do a good deed? All that would be required to participate is a desire to do good.

The concept for this day was based on my firm belief that each and every one of us can give of ourselves for the benefit of others, according to our own skills and abilities. Everyone can do a good deed and contribute to the community in which they live.  I thought that doing a good deed could be as simple as just smiling at someone—because smiling at others is a way for you to put your own positive energy out there. Or some people might choose to be part of a larger collective experience on that day—one where people volunteer to help with a community development project.

When a critical mass gathers to do good, so much can be accomplished even in just one day, such as cleaning up a park or beach, painting a community center, or brightening the day for a group of seniors by visiting them to chat, play music, or participate together in games.

When I first spoke to my team about my idea, it made sense to have it organized and managed by Arison’s nonprofit organization, Ruach Tova. The first event was held in the spring as a sort of festival of doing good. It gave charitable groups a chance to focus on themselves and promote their cause and good works to the public. It was also a special day for volunteers to shine and celebrate the time they give to causes that are near and dear to their hearts.

As my team and I started to promote the day, we wanted to encourage everyone to participate, either by themselves with a personal act of goodness, or to join in with a community project along with their neighbors, fellow workers, or social group. We also welcomed students of all ages, seniors, soldiers . . . anyone at all. Ruach Tova got all kinds of inquiries and matched up many people with specific Good Deeds Day projects that were happening in their communities.

That year, at our first Good Deeds Day in Israel in 2007, about 7,000 people participated. The team at Ruach Tova and Arison did such an incredible job getting it all organized, and they arranged for me to visit different projects all over the place throughout the day. When we would arrive to cheer on the groups, I was emotionally blown away to see the outpouring of love and goodness in the air, along with the smiles of the people who were being helped. The volunteers wore T-shirts that were made up especially for Good Deeds Day, and their enthusiasm was contagious.

In the second year, we began a partnership with the leading Israeli newspaper, getting our message out through their paper and Internet site, and this helped bring out twice as many participants compared to the first year, which was so incredible to see. By year three, it was thrilling that more than 40,000 people from across Israel, and some from the Arab communities joined in the cause, coming out to help with community projects or do to an individual act of good for someone else.

During the next few years, participation kept growing, and then we started to hear from more and more people outside of Israel who loved the idea and wanted to join in. In 2010, we had about 70,000 people come out to do good deeds, and that number doubled again the next year.

As we began planning for 2012, we were really excited because we found an additional promotional sponsor that was a perfect match for us. MTV Europe came on board with us as a strategic partner to help us get the word out worldwide. They helped us develop and implement a full awareness campaign aimed at reaching out to an international audience, particularly to young people. The campaign was a hit, reaching some 24 million views on the TV network. People shared their good deeds on the dedicated website, uploading scores of clips, pictures, and stories.

Not only did this campaign reach 24 countries across Europe, but we also got tremendous response through social media, which lead to inquires from people in almost 50 different countries. We had managed to take Good Deeds Day international, and in 2012, more than 250,000 people in Israel and thousands more around the world participated in personal and collective acts of goodwill. That year, 163 local authorities in Israel got in the action, including 62 out of 68 Arab municipalities. This is amazing.

There were more than 3,700 projects going on in that one day. There were house-painting projects to assist elderly citizens, groups renovated different schools and day-care centers, teams met to plant community gardens, some chose to play music together for their neighbors, hundreds participated in food drives, and so much more.

It was awe-inspiring to see the wide diversity of projects and ideas that people came up with! Barbers and hair salons cut hair for free for those who couldn’t afford it, giving those people a day of pampering that really lifted their spirits. In other cases, free haircuts and new styles were offered to people with long hair; and when possible, the hair that was cut off was donated to organizations that make wigs for people who lose their hair due to cancer.

Each year as Good Deeds Day grows, we’re amazed to see its reach and its impact expanding out around the globe. Whenever anyone does a good deed for the benefit of others or for our planet, the circle of goodness ripples out, and then more and more new people and new communities join in.

In this way, Good Deeds Day serves as an example of what our world can be like all year round, not just on a single day. If we adopt the Good Deeds Day values and take action throughout the year, I’m certain that we’ll create a critical mass of people to bring about an essential and lasting change in our world.

New York Times best-selling author Shari Arison is the American-Israeli leader of a business and philanthropic empire that spans the globe. In 2010, she received the America-Israel Friendship League’s Partners for Democracy Award in recogni Continue reading