How kids keep it real. 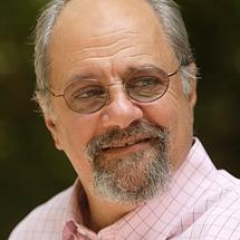 When my grandson Sam was younger, he loved to draw pictures with crayons. As a budding artist, he was a study in concentration. There was something princely about the way he sat at the kitchen table, his feet dangling, his thick brown hair bowed over the sheet of paper that commanded his complete attention. When he concentrated really hard, his tongue poked out of the left corner of his mouth.

I don’t know where his artistic inspiration comes from, but I do know that it has been encouraged by his mother, Debbie. We all learned shortly after his diagnosis with autism that loving adults in his environment needed to keep him engaged so that he wouldn’t get lost inside his mind. Debbie was with him constantly and involved with his activities from then on. And with that safe and secure presence, Sam began to flourish; over time, we all watched him become more engaged and more comfortable in his world. So whenever Sam sat down to draw pictures, Debbie stayed nearby, her presence providing reassurance—and when Sam became wrapped up in what he was doing, it was clear that he was not getting lost inside his mind anymore. Still, he relied on Debbie’s presence and sometimes he would call on her.

When Sam makes a picture, he is keenly aware of color, and nuance is important to him. This is not unusual for children on the autism spectrum: they are very sensitive to sensory stimulation and the wrong color can be visually irritating. I became aware of this when Sam was about six years old. He and I were talking and I happened to make some comment about a green shirt someone was wearing. “Actually, Pop, that’s aquamarine,” Sam said matter-of-factly, not knowing that his pop really had no idea what aquamarine was.

Though that was the first time I learned about Sam’s acute awareness of colors, Debbie found out much earlier. One day when Sam was about five years old, he sat down to color a picture. Debbie, as usual, was nearby, and Sam asked her to hand him crayons as he named the colors. Though Debbie was doing her best to assist Sam, she was also trying to finish up a number of things in the kitchen, which left her momentarily distracted. She wasn’t paying close attention when Sam requested the color turquoise. Debbie glanced quickly at the crayons in the box, picked one, and handed it to Sam. Unfortunately, the crayon she handed him was light blue.

On the verge of applying crayon to paper, Sam’s hand froze in midair. He seemed shocked. Raising his dark eyes to regard his mother, he spoke with an uncharacteristic edge to his voice.

“Mommy, I asked for turquoise.”

Debbie retrieved the light blue crayon and handed him the turquoise one.

Sam’s searching gaze never left her face. He studied his mother, trying to fathom what had gone so terribly wrong.

“I know, Sam,” Debbie confessed. “Will you forgive me?”

Sam thought for a moment.

I’m not sure that I, or Debbie, or anyone but Sam would have felt what he was feeling at the moment he realized the awful truth—that his mother (such a seemingly caring and loving human being!) had betrayed him in so casual a manner. To most children with autism or Asperger’s, a milder form of Pervasive Development Disorder, the devil is in the details, and Sam is no different. When things are orderly and predictable, his comfort increases, but surprises are deeply unsettling. Now that Sam is eight, while surprises still come thick and fast, he can often identify what’s bothering him. When he was younger, that wasn’t the case, and he responded in ways that disturbed and frightened us. There were tantrums that reached a level of uncontrolled violence when, for no obvious reason, he would repeatedly bang his forehead against the wall or floor. Sam didn’t speak until he was nearly four years old, which only added to his frustration with the world. But by the age of five—with steady therapy and guidance from family and teachers—Sam had come to a much better understanding of what distressed him, and he was starting to learn how to tell us. There were no more head-bangings and fewer tantrums. Obviously, Sam felt great frustration at finding the wrong color crayon in his hand, but had been able to explain the source of his frustration!

So I admired the way Sam expressed himself. I also admired his honesty about forgiveness. Sam, to his credit, understood how much he could forgive. His mother asked for complete and categorical forgiveness. Sam couldn’t go that far. What he could manage was to forgive her “just a little.”

Hearing Sam’s words, I felt as I often do—that his starkly honest and unmediated response conveyed his own particular brand of wisdom. Sam, like all of our children, has something to teach us. This time, the lesson was about honesty and forgiveness.

A practicing family therapist as well as author and talk-show host, Gottlieb lives in Cherry Hill, New Jersey, where he has a private practice in individual and family psychotherapy. Continue reading