It could change your life. 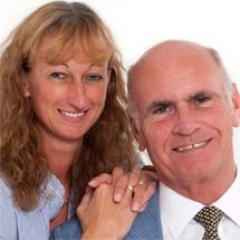 When you’re sitting in your living room or den, zapping at the TV or music system or DVD to change channel, switch track, flick back up to a different scene in the movie, has it ever occurred to you that what you’re doing could just change your life?

Yep, that little twitch of the thumb – IF worked on a bit – could make the difference between living with bad decisions, struggling against the result of snap judgments, and could very likely make your tomorrow SO much easier!

No, we’re not messing you about!!! Who hasn’t made one, ten, a hundred, ten thousand silly decisions in their life? Well, now it’s as easy as Pause, Think, Decide, Act.   The concept of using the buttons of a remote control device to help give people extra thinking time, to reflect on the likely consequences of their actions, is core to a new technique.

Pause Button Therapy (PBT) picks up on how we as humans are very visual in our ‘take’ on the world and what’s going on around us – and moreover how we assess consequences and moments in time.

When faced with a decision, instead of just plunging headlong into action without a backward…or forward…glance, the idea is to Press Pause. Just stop yourself, take yourself to a ‘safe place’, free from outside influences, where no one and nothing can affect you.  Give yourself time to reflect.  Then press Fast Forward, to see the potential negative consequences of what you were about to do.  Not just what might happen to you, but how it would impact on those around you, those you love.  Maybe well into the future.  Having done that, press Rewind and then Fast Forward again to see the more positive outcome if you took a different course of action.  Having made sure you saw, felt, experienced, in your mind, all the possible consequences, you’ll be in a position to press Rewind once more, make a decision on how to act that’ll be best for you and your loved ones’ here and now, today,  then Press Play and get on with your life!

Never fear that this is some airy-fairy fly-by-night notion with nothing more substantial than a good idea to back it up.  Schools in the UK have tested the use of PBT, successfully slashing teaching budgets because of reduced staff time dealing with bad behavior.  Hospitals in Cyprus are putting the technique into use to deal with patients’ actions after discharge.  We’ve been in discussion with professionals about its potential with youth offenders.  Leading Cognitive Behavioral Therapist Professor Windy Dryden says PBT can be used to good effect in a range of therapies and recommends its use.  We were invited to present a paper at the first International Time Perspective Conference.  All exciting stuff.

So…that zapper, so often lost down the back of an armchair, sofa, so mistreated by pets, children, so sworn at when mislaid, could be the clue to a positive change in your life and so many other people’s lives.

Martin and Marion Shirran are both trained hypnotherapists and own and run the Elite Clinics in Spain, where they use a combination of therapies to successfully treat a wide range of problems. Continue reading