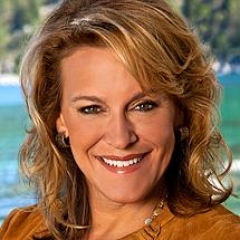 Growing up on a farm, I got a quick education in what I could control and what I could not. Farmers work almost every day of the year in an annual cycle of seed, tend, and harvest. They wake up before dawn and do backbreaking work all day. Yet, despite the fact that they can control their schedules, they have little certainty about the outcome.

Although they can manage the risk with some science and the lessons learned from the generations that came before, they can do nothing about Mother Nature, pests, or disease. There’s just no ensuring the harvest. Hence the huge market in commodities futures, created as a sure-sale exit price for farmers who wish to hedge their bets. Managing risk through public markets is the only way farmers can control the outcome of their efforts. Those who think they can control risk by controlling their environment are operating under outer insanity, not inner certainty.

Stress is when you lose faith and replace it with fear. If you have faith, then you are always certain, although never in control. A colleague of mine arrived in a house of worship to give a talk on inspiration and motivation and went to give her audiovisual aids to the resident engineer. She was directed to a stairway in the lobby, with an arrow and a sign that read: CONTROL ROOM. The idea of a room above with that title, overlooking the sanctuary, made her laugh. Could it be the place from which all of life’s events were, in fact, directed—similar to air traffic? Or maybe a “man behind the curtain,” an all-powerful Oz-like character who could control fate, dwelled there? Well, of course not, but the very notion, in that place, gave her a chuckle.

The idea of not having control, though, does not mean giving up control. Just because we can’t fix an outcome doesn’t mean we can’t manage risk and probabilities. For example, people who get into business relationships without contracts are taking unnecessary risks. Worse, they’re allowing something else, the court system, to be in control of their fate. I don’t like to trust the justice system with the outcome of my efforts, so I cross my t’s, dot my i’s, and make sure that all my business is in writing, on paper. Confidence and certainty are precious factors in my Energy Equation, and they need to be maintained and supported with managed risk and due-diligence processes.

If you truly have faith, yet the outcome of an event isn’t what it was supposed to be . . . well, then you know that the outcome is, in fact, exactly what it’s supposed to be, and your objective was not meant to be. Because I have confidence and certainty, I don’t allow outcomes, or context, to give me stress. I believe, and I move forward.