The More You Count Your Blessings, The More Blessings You’ll Have To Count 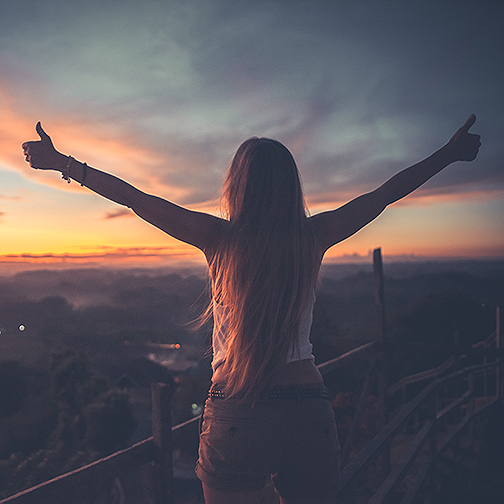 I was once studying some of the most successful individuals on this planet, and one phrase really stuck with me: ‘Greatness starts with being grateful’. I didn’t think too much of it at the time, but as I’ve grown older I’ve begun to understand its value. I’ve realized that you can’t feel joy without being thankful; being thankful is a vital component of happiness.
Furthermore, by expressing gratitude, we not only transform our vibrational state to become more magnetic to the good things, but we also become able to put things into perspective. We go through each day constantly comparing ourselves to others, and most of us rarely acknowledge that we have what others may desire. We also tend to compare ourselves to those we consider more fortunate than us, rather than those who are less fortunate. Just think of the amount of people who have to live through war on a daily basis. But we’re completely safe from such troubles, and many more that we hear about in the news.
It’s easy to say ‘thanks’ without really meaning it. The key to showing gratitude is to feel thankful. I’ll use my coaching client Will as an example to illustrate how you can reach a true state of gratitude.
After Will had started by reeling off a list of all of his problems, I asked him to tell me what he was thankful for. His response was that he couldn’t think of anything!
I knew his car meant a lot to him, so I asked, ‘How about your car?’
He replied, ‘Yeah, I’m thankful for my car, I guess.’ This level of gratitude is a nice start, but it doesn’t really change our state.
Then I asked Will what it would mean if he didn’t have his car. He sat there for a moment and thought about it. Then he began to list things: ‘I wouldn’t be able to go to work, pick up the groceries, go and see my friends... and I wouldn’t be able to pick up my kids from school.’
I could see his state changing as he started naming these things and envisioning them in his mind. I then went a step further and asked, ‘What would it mean if you weren’t able to pick up your kids?’
He replied, ‘Well, they’d have to walk back home or take the bus.’ I pressed, ‘And how would that walk back be for them?’
Suddenly, he imagined them walking back in the cold weather. Will knew they’d be unsafe. And he was visibly unsettled.
After a few moments, he thought back to when he was a kid and how he used to get bullied on the bus home. This was when it hit him. He took a heavy breath. I could see the relief on his face as he thought back to his car. He finally admitted how grateful he was that he not only had a car, but also that it helped him improve the lives of those he loved. His state completely transformed and I observed the shift in his body language.
When practising gratitude, imagine how different your life would be without that particular thing you’re showing thanks for. It will produce strong feelings and emotions. And this is how you can get into a powerful state of gratitude.
Remember, there might be many things in your world that are going wrong. Yet there are also many things that are going right.
The more you count your blessings, the more blessings you’ll have to count.
Here’s a short story. During my time working in an office, I had a manager who I didn’t see eye to eye with, and we both made work difficult for each other. However, as he had more authority, he always had the upper hand.
For months I let his actions affect my mood and therefore how I acted. I reacted with resentment, I gossiped about him, I hated going into work and I continued to emit all these negative thoughts and feelings out into the Universe. As a result, things just got worse – much worse!
I wanted to distance myself from him, but he sat right beside me, so I couldn’t. Even when I did manage to get away from him, he’d find a way to provoke me. Back then, I wasn’t afraid to vocalize how I felt, even if it was going to sound sour. I had no problem telling him he had no leadership qualities, which obviously didn’t make things any better. 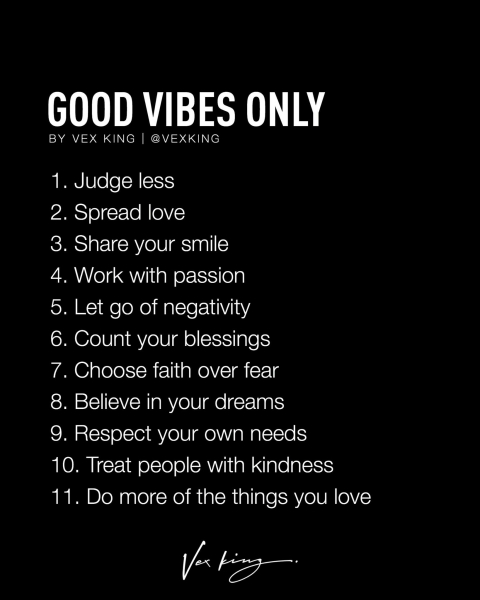 After viewing some online videos from spiritual teacher Esther Hicks, I realized that I was utilizing my energy in the wrong way. I was aware that the problem was there, but I was feeding the problem rather than focusing on a solution – once I started to do that, things started to get better.
I made a conscious effort to show gratitude for having a job that paid well. I knew how difficult it was just to find a job, but especially one with a generous salary; my salary enabled me to enjoy many comforts in life. I regularly reminded myself of these things to ensure I was in a state of appreciation – a high vibrational state.
A few months later, my manager was promoted to another team. I also got a pay rise while experiencing much more freedom at work. This period was among my favourite in this job. Simply because I’d decided to feel good, I was given rewards that made me feel even better!
Too many of us direct our energy towards our fears. I’m not saying your problems don’t exist, but try instead to focus your energy on solutions to those problems. The Universe is abundant in all areas; the illusion of fear is the only limitation we have.

BONUS VIDEO: Listen to Vex King explaining what's missing from the Law of Attraction in this exact of the audiobook edition of Good Vibes, Good Life.

Vex King is an optimist, visionary and philanthropist. His father died when he was 6 months old and his single mother raised him and his siblings alone in a traditional Indian household, although they were often homeless. He suffered racist abuse Continue reading