Lessons I Learned From Star Wars and Star Trek

Lessons I Learned From Star Wars and Star Trek

The Force That Connects Us All

One of the most formative experiences I had growing up was being introduced to both Star Wars and Star Trek. My parents are total geeks and are really into sci-fi. As a result I, too, became a geek—and never looked back. You could say that I am a child of the Force and Starfleet. Usually a person loves Trek more than Wars or Wars more than Trek—but I love them both so much, I can’t imagine choosing.

I must have watched the original Star Wars movies over a hundred times. Even though it was science fiction, I was always fascinated with the concept of the Force. Whenever Yoda would talk of it—especially in The Empire Strikes Back—I felt the deep resonance of truth. I would dream of being Luke Skywalker and being able to “use” the Force for good. I also grew up on Star Trek: The Next Generation. Captain Picard, Riker, Data, Troi, Worf, Geordi, Dr. Crusher, Guinan, and Wesley were my extended family. I was captivated by the idea of being able to travel the galaxy in a supercool ship with a group of people that all had each other’s backs. 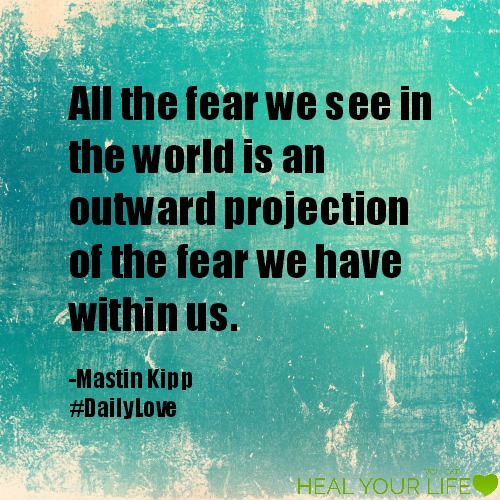 What I loved about TNG was that the episodes were about how to resolve conflict without violence. I was inspired by Gene Roddenberry’s vision for the future: a time when we as human beings would see our oneness, instead of our differences— where we would know that each living being has intrinsic value. One of my all-time favorite Star Trek moments was in the movie First Contact. It tells a story about an alien race called the Borg, and how they plot to take over the human race. The Borg decide to travel back in time to when humans had first made contact with an alien race called the Vulcans.

The Borg want to stop this “first contact” from happening, so they can use their advanced technology to conquer the human race and “assimilate” us. Picard and crew follow the Borg back in time and have an epic battle with this fierce enemy. But the battle is not what’s interesting to me. What’s interesting is what happens when the good guys win. The Borg were trying to stop the first manned spaceflight at warp speed, or the speed of light. They were unsuccessful, and as a result, a Vulcan ship that was flying through our solar system picked up the warp signature and decided to visit Earth.

Their arrival ushered in a whole new era of world peace, because human beings realized that we were not alone in the galaxy. This was a big deal, because the Vulcans arrived just after a third world war, when the planet was in ruin and humanity had no hope.

The first time I saw the Vulcans arrive on planet Earth and meet with human beings, I literally started to cry. It was as if some deep part of me really, really wanted this to happen.

I’ve always stared at the stars and wondered what’s up there. I’ve always had a deep feeling that there is no way that we could be the only life in this big, vast Uni-verse. And I’ve also always felt a subtle yet deep pain for all the suffering on our planet. It seems so needless, this “us” versus “them” consciousness that we have. For all of our advanced technology, we are still a world of battling nations, tribal domination, and addiction—to power, money, oil, and many other things.

While growing up—and even now—the possibility that all the pain and suffering could come to an end truly moved me. I sometimes still get sad that I don’t live in the Starfleet world. It seems like such a better place.

One of my driving desires is to have a deep sense of belonging. The first time I ever truly felt the feeling of belonging was because of Star Trek. The camaraderie of Star Trek still warms my heart to this day. In Star Trek: The Next Generation, it felt like the crew was a family. They respected each other. They worked through problems together, and Captain Picard would always try to find a diplomatic rather than a military solution. I love to feel like I belong and to inspire others to feel like they belong as well. This is how we run the business of The Daily Love and also how we work with clients.
Belonging is the thread that informs our every move.

Later in life, I would use The Empire Strikes Back to find myself again. I’ll tell you the full story in my book, Daily Love, but suffice to say at the time I had lost sight of what was important to me. I was deep in the grip of the entertainment industry in Los Angeles. It was while watching Empire for maybe the hundredth time, there in my apartment in LA, when I realized I was living in constant fear. Luke’s journey into his own fear in Empire reminded me that hidden within all our fears is not some foreign, scary, far-off devil—but our truest self.

When we face our fears, we are facing ourselves. There is no other “enemy”; all the fear we see in the world is an outward projection of the fear we have within us. Seeing the portrayal of such a profound truth at that time in my life was a big hint from the Uni-verse. It was as if the Uni-verse was saying, “Your fears, you must face them. Run no longer.” From that moment forward, things changed.

As I think about it now, the morals of Star Trek and Star Wars are a core part of my belief system. I fully believe in a sense of a global family and knowing there is a larger “Force” or “Divine” presence that connects and unites us all. I know it seems strange to get one’s morals from science fiction, but how many times has the science fiction of the past become today’s reality?