Move in the direction of your desire. 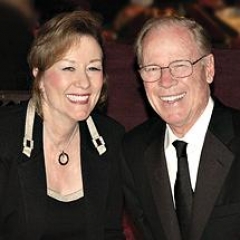 For every pleasing thing, there is an unpleasing counterpart, for within every particle of the Universe is that which is wanted as well as the lack of that which is wanted. When you focus upon an unwanted aspect of something in an effort to push it away from you, instead it only comes closer, because you get what you give your attention to whether it is something that you want or not.

In the midst of what the television weatherman was calling “a serious drought,” our friend Esther walked down one of the paths on their Texas Hill Country property, noticing the dryness of the grass and feeling real concern for the well-being of the beautiful trees and bushes that were all beginning to show signs of stress from the shortage of rain. She noticed that the birdbath was empty even though she had filled it with water just a few hours earlier, and then she thought about the thirsty deer who had probably jumped the fence to drink the small amount of water that it held. And so, as she pondered the direness of the situation, she stopped, looked upward, and—in a very positive voice, with very positive-sounding words—said, “Abraham, I want some rain.”

And we said immediately back to her, “Indeed, from this position of lack, you think you will get rain?”

“What am I doing wrong?” she asked.

And we asked, “Why do you want the rain?”

And we said, “Now, you are attracting rain.”

Our question “Why do you want the rain?” helped Esther withdraw her attention from the problem and turn her attention toward the solution. When you consider why you want something, your vibration usually shifts or pivots in the direction of your desire. Whenever you consider how it will happen, or when, or who will bring it, your vibration usually then shifts back toward the problem.

You see, in the process of taking her attention from what was wrong—by our asking her why she wanted the rain—she accomplished a pivot. She began thinking not only of what she wanted, but why she wanted it; and in the process, she began to feel better. That afternoon it rained, and that night the local weatherman reported “an unusual isolated thunderstorm in the Hill Country.”

Your thoughts are powerful, and you have much more control over your own experience than most of you realize.

Excited about the clarity and practicality of the translated information from the Beings who called themselves Abraham, Jerry and Esther Hicks began disclosing their amazing Abraham experience to a handful of close business associates in 1986. Continue reading