Let There Be Natural Light

Let There Be Natural Light

Why choose solar panels over the sun? 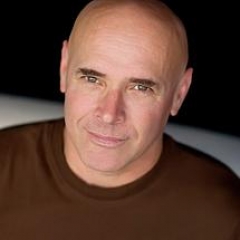 I recently gave a presentation on going green to the city manager and some officials of a neighboring community, and when I walked into the meeting room, it was challenging to hold back a smile. The space was quite large, with tall ceilings and row after row of fluorescent lights that were all illuminated. The delicious irony was that the room had two floor-to-ceiling walls of glass with beautiful views to the outside and large wooden-plantation shutters that were tightly closed, sealing off any daylight. Only tiny slivers of sun streamed through the gaps and spaces around each louver.

This was a group of caring citizens who really wanted to go green, but they were unaware that simple choices (like letting natural sunlight in during the day) would go much further in lowering their environmental impact than what they really wanted, which was bragging rights for installing solar panels on city hall. Needless to say, I didn’t tell them what they wanted to hear, the shutters stayed closed, and they’ll probably get solar panels.

Each day the sun provides enough nonpolluting light to illuminate the entire planet without any help from electricity or fossil fuels. By simply allowing the natural light to come in, we can dramatically improve our carbon footprint, our electric bills, and the quality of light in a room. And there are many ways to diffuse and bounce the light so that glare isn’t an issue.

We’ll still need electric lighting when the sun goes down, and that’s when the most efficient lighting will pay off. Changing from standard incandescent lights to energy-efficient bulbs is the simplest, most effective way to start getting in shape, electrically speaking. More than 50 percent of the electricity used in the U.S. is for lighting. Replacing one 75-watt incandescent bulb with a 15-watt CFL (compact fluorescent light) will save 60 watts of power while providing the same amount of light.

Traditional incandescent bulbs turn about 90 percent of the electricity they use into heat and only 5 to 10 percent into light. (Just try to grab and change a bulb that’s been on for a while.) Fluorescents, compact fluorescents, and newer LEDs (light-emitting diodes), however, create very little heat, which means your lighting won’t be adding unwanted heat inside your home or office. The interior of your building will stay cooler in the summer, and you’ll be saving additional energy and money by not needing to run an air conditioner or swamp cooler as often. So conserve energy, save money, pollute less, and reduce your use of mechanical cooling in the summer—a quadruple win! It doesn’t get much better than that.

The governments of Canada and Australia recently announced plans to phase out the sale of incandescent bulbs by 2012, and other “ban the bulb” efforts are taking place around the world. According to a recent report by the Washington, D.C.–based Earth Policy Institute: “A worldwide shift to CFLs would permit the closing of more than 270 coal-fired power plants. Switching to CFLs in the US alone could save the energy output of 80 power plants.”1

Chris Prelitz is the son of an ocean and aerospace engineer father and a mother of Native American descent who grew up on a rural farm. Raised in the midst of these two extreme views of life provided Chris with an appreciation for both high-tech and Continue reading

In a nutshell the ketogenic diet is a high-fat, ad

Who You See When You Die

It’s not unusual for the dying to have visions of

From school to marriage to form filling; spare a t

I remember a retreat I was having not too long ago

Can you feel it? There's a very powerful ‘success’

What Does Your Life Purpose Number Say About You?

Do you attract the same repetitive problem or feel

4 Qualities You Need For True Love - The Buddhist Perspective

From the Buddhist perspective, true love is said t