Will you still recognize them? 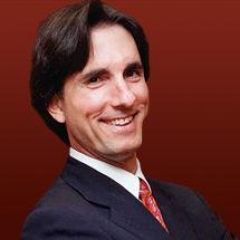 When I was seven years old, my first-grade teacher told me that I’d never read, write, or communicate properly. She doubted that I’d ever amount to anything or go very far in life. With my learning difficulties and a diagnosis of dyslexia, I must have shown little promise. But I made it through elementary school by asking the smartest students in the class what they got out of each subject and book. By that point, I was already trying to overcome my teacher’s challenging prediction.

Not long afterward, my parents moved us from the large city of Houston, Texas, to a small town in the country, where the nearest neighbor was a mile away. Many of the children attending the local school were rough: on my first day, I was beaten up and left with a black eye and busted nose. The population of the area was at a low socioeconomic level, and education wasn’t high on the cultural values list, so I didn’t have a team of smart boys and girls who could answer my questions about the classes. I soon started failing.

My parents could see that I wasn’t going to make it in school because of my learning difficulties, so they, like my first-grade teacher, encouraged me to pursue my love of sports instead. Although initially I was focused on playing baseball and wanted to play professionally someday, after moving to this small town, my aspirations quickly faded. Kids in gangs and opposing team members would attack me when I pitched and won, so I left the baseball field for good.

Still, I had another dream: to surf big waves. With my parents’ blessing, at the age of 14, I decided to leave school and hitchhike to California, then eventually fly off to Hawaii. My father made sure that I had a minimum of $13 with me, telling me never to carry less than that or I could be jailed for vagrancy. My mother even had a document notarized that basically stated: “My son isn’t a runaway. He’s a young boy with a dream.”

My parents dropped me off by the freeway (Interstate 10) and wished me well. “Go and live your dream, son, because you’re torturing yourself trying to be somebody you’re not.”

That’s a pretty amazing thing for parents to do: that is, allow their barely teenaged son (who clearly wasn’t going to make it academically) to hitchhike out of state in order to live his dream of surfing big waves. Yet I was mature for my age, and my parents had given me many responsibilities to help me grow in other ways.

Making my way to El Paso, about halfway to California, I met a man who started walking with me, and he asked if I was a runaway.

“No, I’m not. My parents gave me a ride to the freeway,” I explained. Maybe he had run away himself a long time ago. He looked like someone who lived on the streets.

The man inquired whether I was going to California, and when I told him that I was, and why, he led me to a corner malt shop and bought me a Coca-Cola. As I finished my drink, he looked at me intently.

“There are two things I want to teach you, young man. You have to promise you’ll never forget them.”

After I agreed, we walked a couple of blocks to the downtown El Paso library. Leaving my surfboard at the entrance, I sat down at a table inside while the man retrieved a couple of books.

He set them on the table next to me. “First, don’t ever judge a book by its cover. It will fool you.”

“You probably think I’m a bum.” He was right; I did. The fellow looked the part, being unshaven and dressed in somewhat unkempt clothes.

“Young man, I am one of the wealthiest people in the world,” he continued. “I have everything money can buy: ships, planes, cars, homes, and so forth. About a year ago, someone very special to me passed away. I reflected on my life and realized that my time is going to come, too. I thought about how fortunate I had been and realized that the only thing I didn’t possess was the experience of what it was like to have nothing. I decided to take a year off so that I could make my way across America and find out what it’s like to be without. So let me repeat this: don’t ever judge a book by its cover.”

Then he reached over and placed my right hand on the two books he’d set on the table; one was by Plato and the other was by Aristotle. The man said, “Second, I want you to learn how to read, boy. There are only two things in this world that can never be taken from you, and those are your love and your wisdom. They can take away your money or your family, but they can never take away your love and wisdom. So you must learn how to read in order to gain the wisdom of love and the love of wisdom. Don’t ever forget that.”

Afterward, the man returned the books to their shelves and walked me outside the library, leading me to where I could continue on my way to California.

Although I didn’t get the significance of this encounter at the time, today my life is dedicated to the very thing this man championed: the love of wisdom and the wisdom of love.

Dr. John Demartini is a human behavioural specialist, educator, author and founder of the Demartini Institute, a private research and education institute with a focus on empowering individuals and organizations and transforming micro and macro social Continue reading