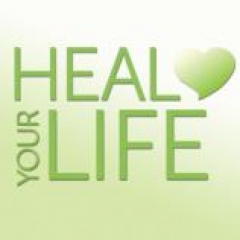 My 10-month-old daughter was always easy to put to bed, so when she clung to me and cried one night, I wondered what could possibly be the matter?  Was she suddenly old enough to protest bedtime?

I looked at her and asked “What’s wrong?”—simultaneously shrugging my shoulders and lifting my hands in a “WHAT?” gesture, which is also the American Sign Language (ASL) sign for “WHAT?”

My tiny daughter immediately pointed to her open window and waved one hand in an arc out from her nose, her approximation of the ASL sign for “ELEPHANT”. Now, I already knew that my baby was absolutely terrified of elephants. She had expressed this often when viewing them at the zoo and on video. I had also noticed that, recently, she had begun signing “ELEPHANT” whenever she heard a car alarm or siren.

I looked to the open window, which had, until tonight, been closed every night over the winter. This warm night was likely the first time my baby could remember it being left open at bedtime.

Suddenly, I saw my urban neighborhood through my baby’s eyes—a noisy neighborhood full of trumpeting elephants, just out of sight around each corner, behind each bush, just waiting to reach or climb through a window left carelessly open!

I closed and locked the window and shut the blind and my sweet little girl went happily to sleep. Had my daughter not had the ability to communicate her specific fear through sign, I might have, in my ignorance, left her crying, alone and terrified in her crib.

Baby Sign Language is the practice of augmenting your verbal interactions with your baby with symbolic gestures. Signing helps make the meaning of words clearer to your baby, and empowers your baby to communicate, long before he or she can talk.

Crying works fairly well to express basic needs, but by signing, babies are able to express things that interest them and that they have no other way to communicate. Babies can even ask questions by signing!

Research shows that signing with babies decreases crying and tantrums, strengthens the parent/child bond, and enhances language development. In fact, in a long term study at UC Davis, signing babies were found to have an average of 50 more spoken words in their vocabularies by age two than their non-signing peers. That, of course, was in addition to all the signed words they were using. Even more incredibly, the children who had signed continued to excel in their verbal development, and by age 3, the signing children were nearly a full year ahead of the non-signers in their spoken language development.

Monta Briant first discovered baby sign language when she was expecting her first child. She began signing with her daughter, Sirena, when she was 6 months old, and was so impressed with the results that she felt compelled to share what her family Continue reading